“We need to concentrate on ourselves, not others” – Kavanagh 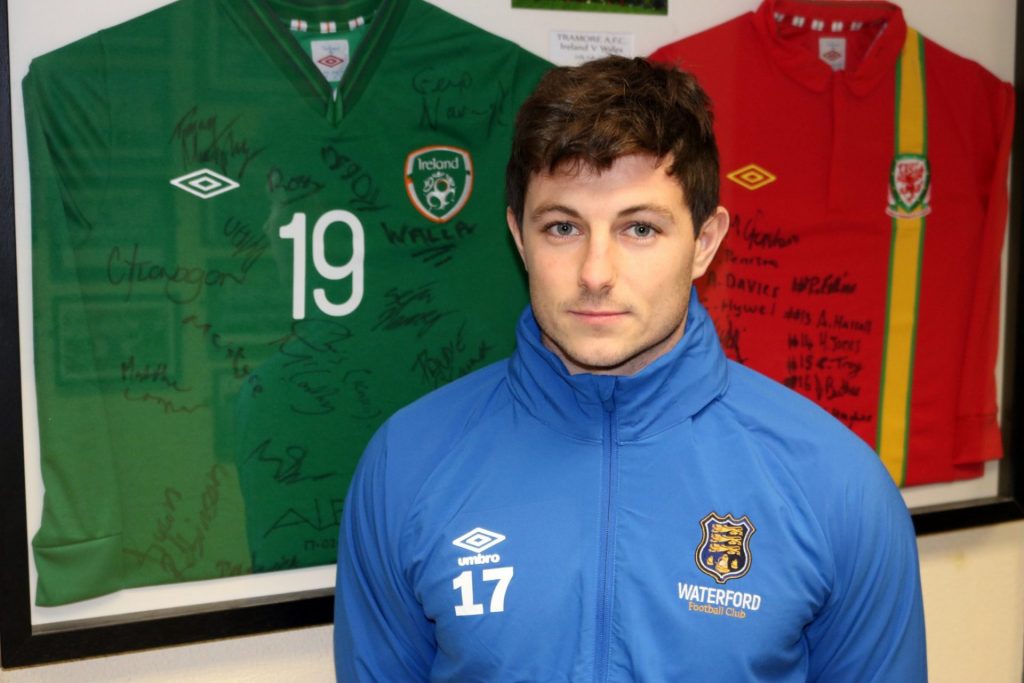 John Kavanagh has been excellent for the Blues in recent games.

After making the permanent move to the RSC during the summer from Cork City, Waterford FC defender John Kavanagh is confident that his side can keep improving over the coming games after the Blues picked up a point with a 1-1 draw against Derry City in the SSE Airtricity Premier Division at the RSC on Friday night.
Kavanagh was recalled to the Blues starting eleven in the midweek defeat to Shamrock Rovers before also starting a right-back in Friday’s game with the Candystripes where he put in another polished performance in an important result for the club.
The defender, who also had a spell with Finn Harps on loan at the start of the season, is also hoping that his side can worry about their own results and not get bogged down in other results as they continue their push for survival in the top division.
With the Blues now having to look forward to another busy period where they’ll face Hearts Colts in the Scottish Cup on Friday night before facing Dundalk in the FAI Cup quarter-final on Monday next, they’ll be hoping to build on the two recent performances.
Speaking after the game on Friday night Kavanagh said, “I thought that we did well against Shamrock Rovers on Tuesday night and it was great that we were able to bring a same level of performance in tonight’s game. I think that we deserved that result and we’ve worked hard to get it.”

PLENTY OF POSITIVES
“We took the positives of Tuesday’s game into tonight. We knew that it was going to be a difficult game tonight, but we played well enough to get it. It was great to get a result here at the RSC because we haven’t delivered a result here in a while.
“There’s a lot of positives to be taken from our last three games, that includes the game against Glengad. The conditions were difficult tonight with the strong breeze. We had to work well and I thought that we just probably shaded the game.
“I think that we have to be happy with our own performance. We needed to show more than we did in recent games and I thought that you saw that tonight. It’s easier for us to wake up in the morning now that we have got a positive performance and result.
“It was probably a scrappy game overall. Both teams had chances and either team could have won or lost the game. Walter (Figueira) and Shane (Duggan) did have chances to win the game for us, but they also had a late chance as well. The conditions as I said were difficult, but I thought that we dealt with them well.
“We need to start concentrating on ourselves. We need to focus on what we’re doing and not be worrying about the other teams in the league. If you get caught up with other teams, you’re putting pressure on yourself. Obviously we would have liked if Finn Harps had played tonight, but look it is what it is.
“We’ve had a busy period lately, but I haven’t really looked into that much. We just need to concentre on one game at a time. We have two cup games coming up now and that’s what we need to focus on before the return to league action against Bohs.”