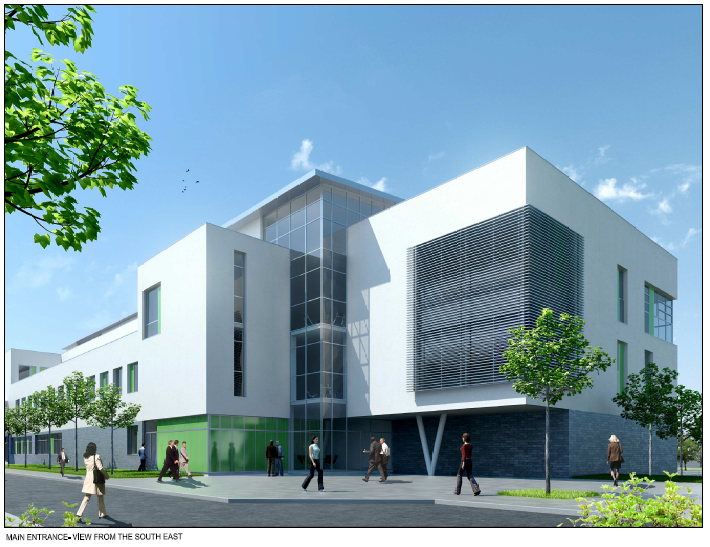 The School of business, which was supposed to be built at WIT back in 2011, but never was.

IT’S been another difficult week for Waterford. The Government announced over €100m worth of funding for five colleges, IT Sligo, Maynooth University, University College Cork, NUI Galway and University College Dublin, as part of its 2040 strategy, but once again, WIT is left out in the cold. It’s understood that the reason for the funding ‘snub’ is that WIT never actually applied for the funding because each project requires a contribution from the college that WIT cannot currently afford.

The news that University College Cork is receiving €25m for a new School of Business will be a particularly bitter pill to swallow for WIT as they were given approval for the same type of building back in 2007. In 2009 the building, which you can see a design image of here, received planning permission but in 2011, when work was about to commence on it, the plug was pulled. The project was shelved and never saw the light of day again.

“WIT was to get a €14m School of Business, which would have catered for approximately 1,400 students, but then it was pulled from underneath us,” Cllr Mulligan said. “Fair enough, the recession happened, but new projects have been announced on a conveyor belt since then, especially in Cork with buildings such as the UCC Centre for Executive Education at Lapps Quay and everyone seems to be forgetting WIT. This is Minister Halligan’s Department and the question has to be put to him, what is he doing about it?”

WIT business lecturer Dr Ray Griffin says the continued disregarding of Waterford and the South East is having detrimental effects on the region.

“I do not begrudge Cork the investment – it’s wonderful to see that city thriving,” Dr Griffin said. “In the 1980s Cork was on its knees and higher education was critical to its renaissance. I am just highlighting the unfair treatment of the two regions. It appears almost €50m has been invested in business school infrastructure in Cork since the WIT building was cancelled. The WIT building would have cost between €14-18m and would have grown the student base by 1,500 additional learners. It would have driven further investment by multinationals in the region – more of the likes of State Street in Kilkenny and Prudential in Wexford, which in turn would have supported us closing the GDP gap. Decisions have been made in the past few years that have deprived the South East of a fair share of investments.”