Launch of invaluable oral history of An Rinn 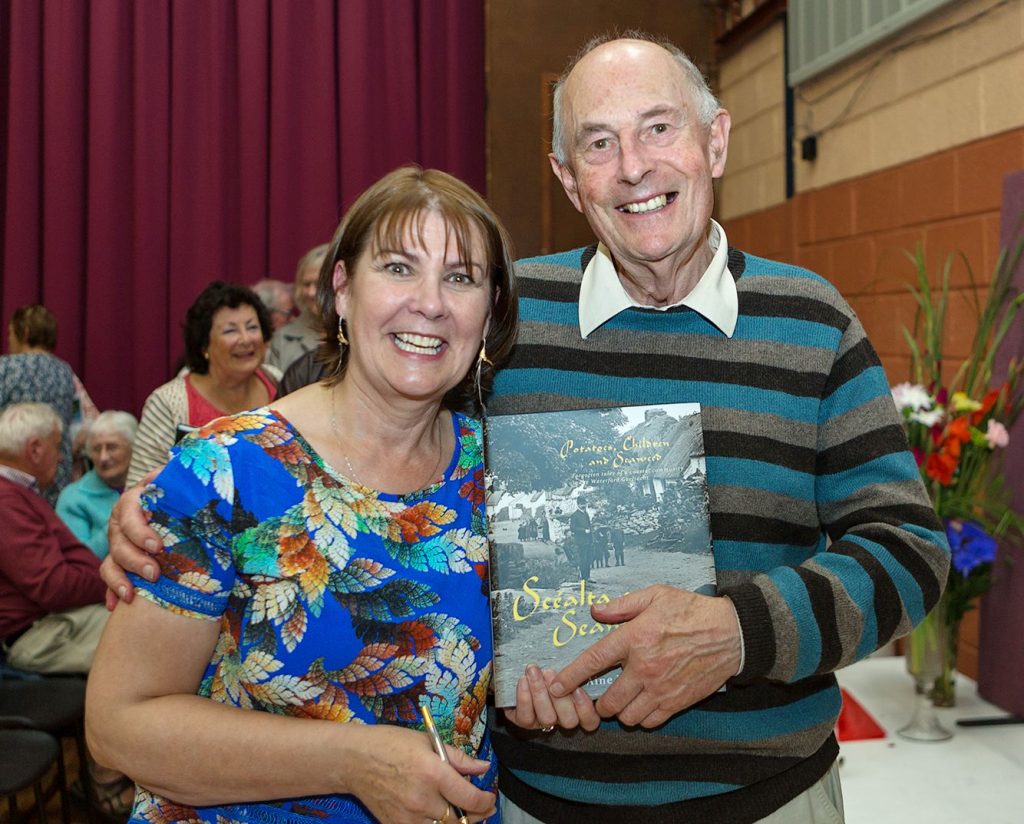 IT was standing room only at Halla Pobail na Rinne recently for the launch of Áine Uí Fhoghlú’s new book, “Scéalta agus Seanchas – Potatoes, Children and Seaweed”, an oral history from the Déise Gaeltacht.

Guest speaker Professor Pádraig Ó Macháin of UCC described the book as a veritable jewel of publication and said that the word ‘book’ was hardly adequate to describe it.

Containing interviews with 21 members of the older generation in the Gaeltacht, recorded some 30 years ago by Áine, the book gives an invaluable insight into the very different lives led by people before the advent of running water or electricity.

The fact, he said, that the interviews were summarised in English at the end of every chapter made the publication so much more accessible to a much wider readership.

Commenting on the vintage and contemporary photographs, of which there are over 260 all bilingually captioned, he said not only did they add greatly to the stories of the interviewees, but that they each told a story of their own as well.

He described Áine’s work as a very substantial contribution to both her community and to the Irish language, which would be valued for generations to come. He advised anyone thinking of buying the book to buy quickly as he didn’t imagine stocks would last too long.

Commenting after the launch, author and WLR broadcaster Damien Tiernan said: “Áine is a superb writer and insightful chronicler of people, places and the past. Her creativity is based in her close connection with coastal and fishing communities. I would highly recommend this book.”

Among the many members of the local community who attended the launch were the families of the interviewees as well as some well-known figures such as author Colm Keane and former RTÉ newsreader Úna O’Hagan, poet Michael Coady, historian Julian Walton, Waterford Arts Officer, Margaret Organ, author Catherine Foley, members of Waterford County Museum along with many academics who travelled long distances to attend. Proceedings were chaired by Máire Seó Breathnach of Waterford City & County Council.

Áine sincerely thanked all those who attended and all who assisted on the night as well as Coiste Halla Pobail na Rinne who do a wonderful job in maintaining what is a very valuable facility for the community.

“Scéalta agus Seanchas” is a 320-page hard backed book with dust jacket and costs €30. It is available from Reader’s Choice, Dungarvan, The Book Centre, Waterford City, or by e-mailing [email protected]