MUM’S THE WORD: Painting the Fence 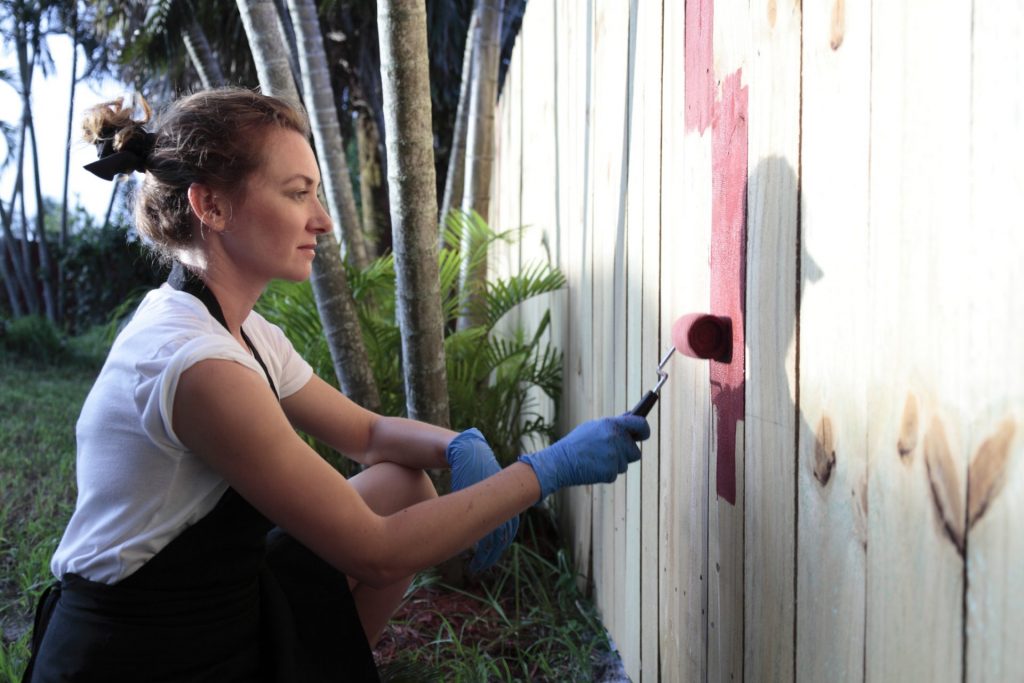 AFTER spending a whopping 14 years in formal education there is no better way to celebrate the end of your school career than by dressing up to the nines, meeting up with your friends and going to your Debs ball. Traditionally the debutantes used to wear white gowns, symbolising their innocence and youthfulness. Nowadays the more outlandish the colour, the more acceptable the dress. Gone also are the days of the traditional rented Tuxedo. The suits worn by the young men now are individual, stylish and equally impressive.

The only problem with all this style and elegance is that the young students don’t go straight to the venue for the main event. Instead they gather at home and invite everyone they have ever known in their entire life thus far to admire them and adore them and wish them well. Then, while they are busy making themselves stunningly beautiful, and preparing for their dramatic entrance, we are set the mammoth task of getting the house standing to attention and the garden manicured to within an inch of its life. A task that never brings glee and rapture into my world.

So in case all the stars align and the night of the Debs ball turns out to be a super sunny one, the patio area and the back garden need to be put to rights as the debutantes and their admirers will potentially mingle on the lawn, as you do. We’ll forget about the dust bunnies, the cobwebs and the clutter indoors for now. Anyway, the funny thing about all this preparation is that the people the preparation is being done for are largely absent. Between summer jobs, the hunt for college supplies and the catch up with friends, they are largely unaware of the commotion going on in their honour. Unfortunately the youngest child is bearing the brunt of all these frantic chores instead.

It has been tough on him recently as all the attention has been focused on getting his older siblings through exams, through post exam celebrations and subsequently through the summer unscathed. Then there came the results and the college offers and now comes all the planning and discussion about their next stage. Poor kid must be heartily sick of it all. Even his annual return to school is being totally overshadowed by the other two getting ready for the Debs. So it came as no real surprise when he seemingly disappeared off the face of the earth recently. We were involved in weeding and grass cutting and all that entails so to be fair he could have been gone for a while, but all of a sudden he was nowhere to be seen. After a little search, the lad in question was discovered, paintbrush in hand, painting the garden fence, meticulously and solidly and in blissful and tranquil peace. He had earphones buried in his ears and was completely oblivious to the fuss and commotion going on around him. I was quite impressed, and quite strangely envious. He was just getting on with it, doing what needed to be done without drama or incident. I picked up another paintbrush, my own earphones and an old t-shirt and joined right on in. Soon I was painting to the beat of the music, relaxing and tuning out of the chaos altogether. I think he has the right idea. I think he could be on to something here. There is a strange therapy to be found in the rhythm of painting; and an even stranger therapy in shutting out the world while you do so. So if I’m lost, if I’m temporarily mislaid, you know where I’ll be. You’ll find me painting the fence, one brush stroke at a time, completely oblivious… shh Mum’s the Word.

Children love climbing on trees. They are seen as a challenge, an obstacle to be conquered and a moment to be the king of the world. Sometimes, however, it might be a good plan to check on the strength of the branch before allowing them free reign. Some are not as strong as they look. The branches now, not the children. Don’t ask me how I know this; just take my word for it.

Are you struggling with a small child who needs constant entertainment? Feeling a little out of ideas? Well, here’s a way to keep them occupied for hours with the use of a little white lie. Tell them you need the fence painted and then provide a bucket of water and brush and leave them to it. Hopefully they won’t notice that it doesn’t appear that different when it’s finished.