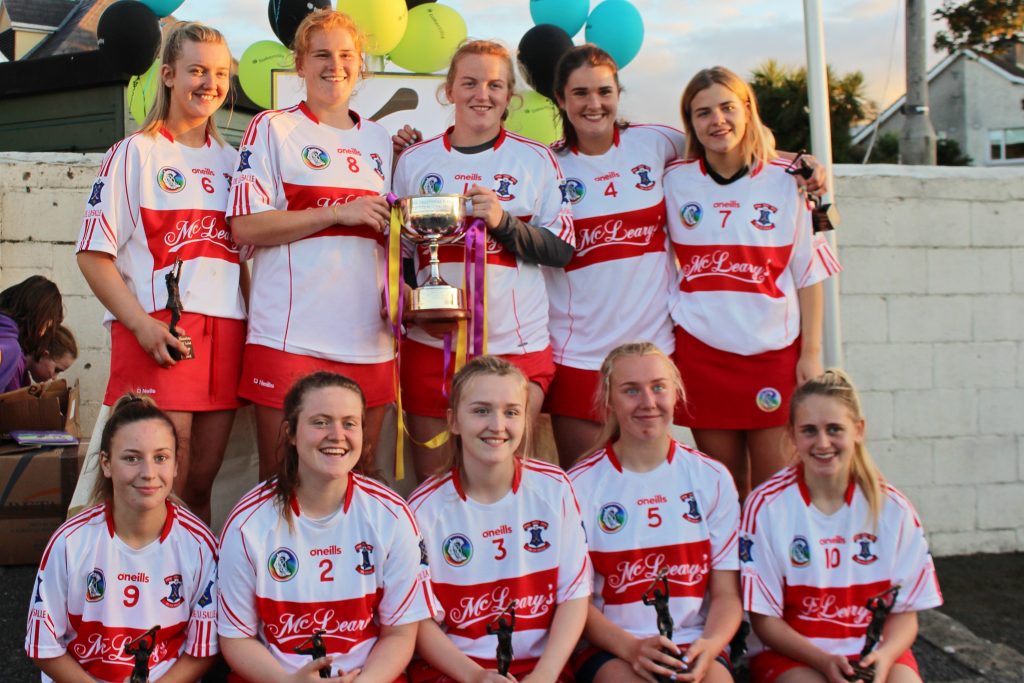 De La Salle became the first Waterford club to win the All Ireland 7s camogie championship as they beat local rivals Gailltír 4-5 to 3-5 in the final at Kilmacud Crokes on Saturday evening. The Gracedieu outfit finished runners-up in 2018 but went one better this time around.
Star forwards Carton and Abby Flynn raised green flags in a repeat of last year’s county final. Fitzgerald and Annie Corcoran goaled for Gailltír. Carton accepted the trophy and was picked as player of the tournament. Fitzgerald was also outstanding throughout the day for the blue and navy.
This was De La Salle’s third appearance in this tournament. They saw off Carnmore B, Eyrecourt, Oliver Plunketts/Eoghan Rua and Kilmacud Crokes to reach the decider. They scored an incredible 36 goals along the way.
After finding the net 19 times in three group games, they knocked out the hosts in the quarter finals after a sixteen-goal thriller (8-5 to 8-3). They met Eyrecourt of Galway for the second time in the semi final and emerged two-point winners once again (5-8 to 5-6).
On the other side of the draw, Gailltiír needed extra time to get the better of Glynn Barntown from Wexford 9-2 to 5-4. The blue and navy also enjoyed wins over Ardrahan, Kilmacud Crokes and Carnmore A. They fielded three teams in the competition. The first team contained county players Annie, Aoife and Shauna Fitzgerald, Ciara Jackman and Kate Lynch. 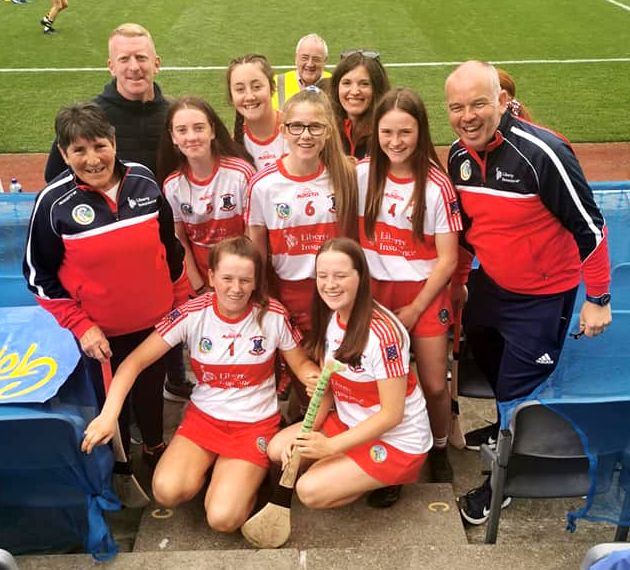 Charlotte Brenner (standing far left) who was nominated for the final of the Liberty Insurance Camogie Made Us Competition with the club’s skills team who won €7,000 for DLS at half-time in Sunday’s All-Ireland Final in Croke Park.

To round off the weekend, De La Salle picked up a cheque for €7,000 on Sunday as they won the half time skills challenge at Croke Park. Inspirational coach Charlotte Brenner was nominated for the final of the Liberty Insurance Camogie Made Us competition and her young team of Ava and Ella Murphy, Sarah Heery, Alannah McNulty, Abbie Mullane and Kayleigh Kirby did the business on the big day.
DE LA SALLE: Brianna O’Regan, Lucy Hogan, Ciara Twomey, Beth Carton, Abby Flynn, Chloe Dempsey, Niamh Murphy, Megan O’Connor, Holly Ryan, Courtney Healy.