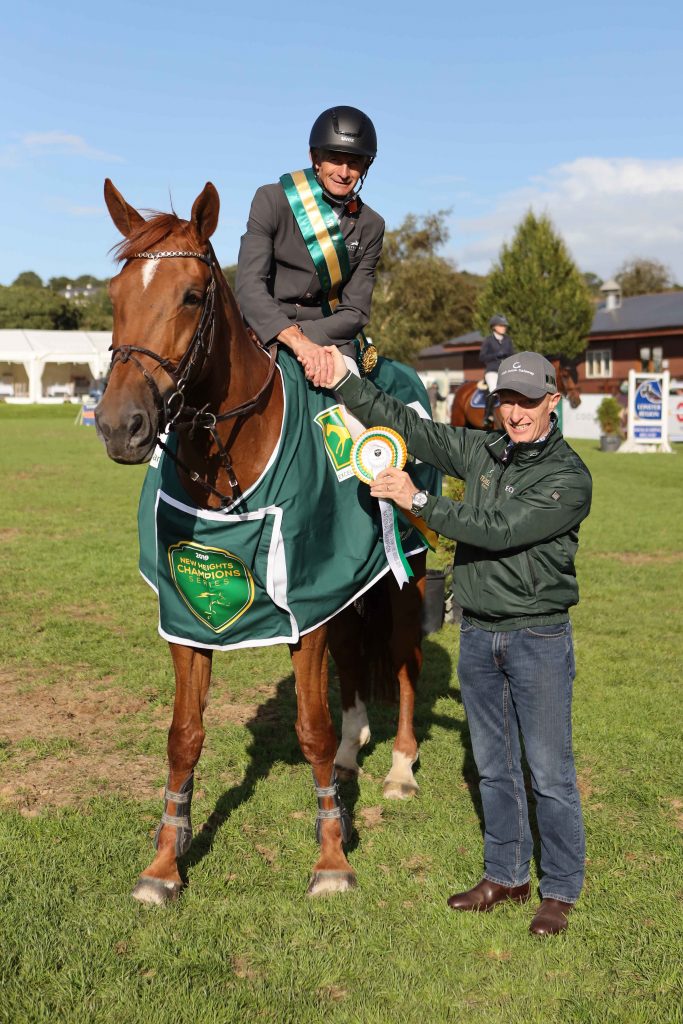 Waterford showjumping legend, Francis Connors, was last week crowned as the 2019 TRM/Horse Sport Ireland New Heights Champions Series winner.
Kill’s Connors and the Hugh Fitzpatrick-owned and bred Erne Ladygoldilocks were crowned the series champions following the final leg of the series at Barnadown in Co Wexford. Connors and the 12-year-old chestnut mare finished third in the final leg giving them a total of 47 league points to take the title.
The pair scored a win at the Galway County round of the lucrative series and were regularly among the top places throughout the season including at Portmore, Omagh, Balmoral and Maryville.
This win also means Connors is the 2019 Irish National Champion and speaking afterwards he outlined how consistent Erne Ladygoldilocks has been for him:
“I started riding her in the Autumn of her 5-year-old year. She has won very few classes in her career as she is probably not the fastest but she has jumped some amount of clear rounds. It’s been great, she has been so consistent in these bigger classes over the last few seasons. The next stage will probably be an embryo hopefully and after that we will decide and make a plan.”
Fellow Waterford rider Tholm Keane finished as league runner-up with BMH Big Time on 35 points while Tim MacDonagh and Hollypark Galloway finished third overall.
The final leg of the series at Barnadown saw Kilkenny’s Ger O’Neill take victory with Warrior’s Glory. Second place went to Edward Doyle Jnr with Billy Guilder ahead of Francis Connors and Erne Ladygoldilocks in third.
CEO of Horse Sport Ireland, Ronan Murphy commented: “Congratulations to Francis and to Hugh Fitzpatrick the owner and breeder of Erne Ladygoldilocks on winning the 2019 TRM/Horse Sport Ireland New Heights Champions series. We have supported this series since its inception in 2016 as it is an important part of the Irish National Showjumping Circuit and is vital for the development of both horses and riders.”