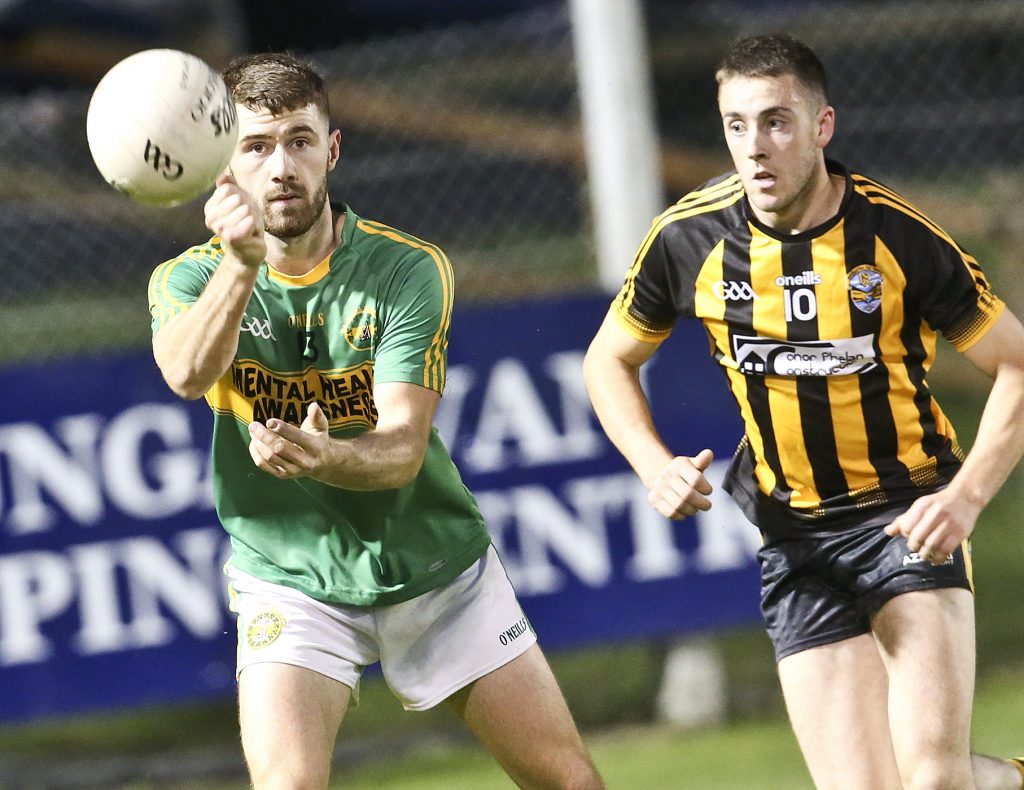 When these two teams met last year at the same stage of the championship Kilrossanty romped to a 16 point victory that sent them on their way to impressive victories over defending champions Stradbally and An Rinn before losing out by two points to The Nire in the county final.
Small wonder then that the Leamybrien side went into this game as clear favourites against a Brickey Rangers side that was decisively beaten in two Group games and conceded the other. Despite Kilrossanty’s indifferent form in the Group stage, informed opinion had already consigned the Brickeys to yet another relegation battle as the teams took the field on Friday last in Fraher Field.
Such an outcome seemed inevitable as Kilrossanty opened up an eight point lead inside twenty minutes with Brickeys managing just one point on the scoreboard but things did not quite work out that way.

NOTHING TO LOSE
Brickeys started like a team with nothing to lose, taking the game to their opponents in the opening minutes and were unlucky not to have taken an early lead with Conor McGrath shooting narrowly wide from a good position before Stephen Prendergast and Paul Keating shot Kilrossanty into a two point lead inside five minutes. A Conor McGrath point from a free following a foul on Conor Phelan opened his side’s account in the sixth minute but a minute later a clever lay off by Donal Fitzgerald put Joey Veale through for a well taken goal. Stephen Prendergast extended the Kilrossanty lead with a ninth minute point and we then had an almost ten minute spell without a score in which time Brickeys enjoyed a fair share of possession without reflecting it on the scoreboard.
With the Brickeys showing that they were not just there to make up the numbers the game was developing into a feisty championship battle with Kilrossanty’s Pa Cunningham and Brickeys’ Conor Phelan securing yellow cards for an altercation. With Brickeys missing at least two clear scoring chances the barren spell on the scoreboard was ended in some style in the 19 th minute with Paul Keating setting up Joey Veale for a well taken second goal. Kilrossanty’s eight point lead was retained as Conor McGrath (F) and Veale exchanged points.
Kilrossanty efforts to extend their lead by halftime were frustrated with points by Stephen Prendergast and Tommy Prendergast being answered in turn by scores from Sean Lennon and Niall Collins with the latter’s closing point of the half coming on the rebound after Conor McGrath’s piledriver came back off the crossbar. Kilrossanty were in a strong position, going into the second-half with a 2-6 to 0-4 lead but, in truth, the eight points between the sides did not do justice to the Brickeys’ efforts.

NOTHING IN IT
Brickey Rangers made one substitution on the resumption with Ciaran O’Neill replacing John Morrissey in attack and by the 35th minute two points from Conor McGrath frees had cut the Kilrossanty lead to six points. Joey Veale had come back with a point for Kilrossanty when, in the 37th minute, the favourites were rocked back on their heels with substitute Ciaran O’Neill shooting a cracking goal for the Brickeys. Kilrossanty responded immediately with points from Tommy Prendergast and Pa Cunningham but by the 46 th minute two brilliant points from Cormac O’Grady, either side of a Conor McGrath score from a free, had their side trailing by just a single goal and the stage was set for tight finish.
We then had a period of high drama as Tommy Lynch in the Brickeys goal made a great save from Pa Whyte and in the ensuing battle for possession in the goal area Kilrossanty were awarded a penalty.
With Brickeys players protesting vigorously the decision stood following consultation with the umpires but again Tommy Lynch rose to the challenge to deny Joey Veale with a brilliant save. Veale allayed Kilrossanty fears somewhat with a point from a free in the 55th minute but an immediate point in reply from Conor McGrath kept the one goal between the sides and the game in the melting pot going into three minutes of additional time.
A point from Cormac O’Grady in the 61 st minute kept the pressure on Kilrossanty in a tense finish before a brilliantly taken point by Pa Cunningham closed out the game with Brickeys’ defender Johnny Cooney incurring the displeasure of the referee seconds before the final whistle and leaving on a red card.

RELIEVED KILROSSANTY
It was a relieved Kilrossanty side that left Fraher Field and they will be only too aware that a big improvement will be needed if they are to take their title challenge beyond the coming weekend. But for Joey Veale’s first half goals they would have been in big trouble on a day when many of their top players failed to sparkle.
Brickey Rangers now go into the not unfamiliar relegation dog fight and while they can be disappointed by the end result here they can take great heart from this display against the odds. They come from a battling tradition and will not be easily put down. In Conor McGrath they had the best player on view here with Cormac O’Grady giving strong support.