Minister’s visit leaves a lot to be desired 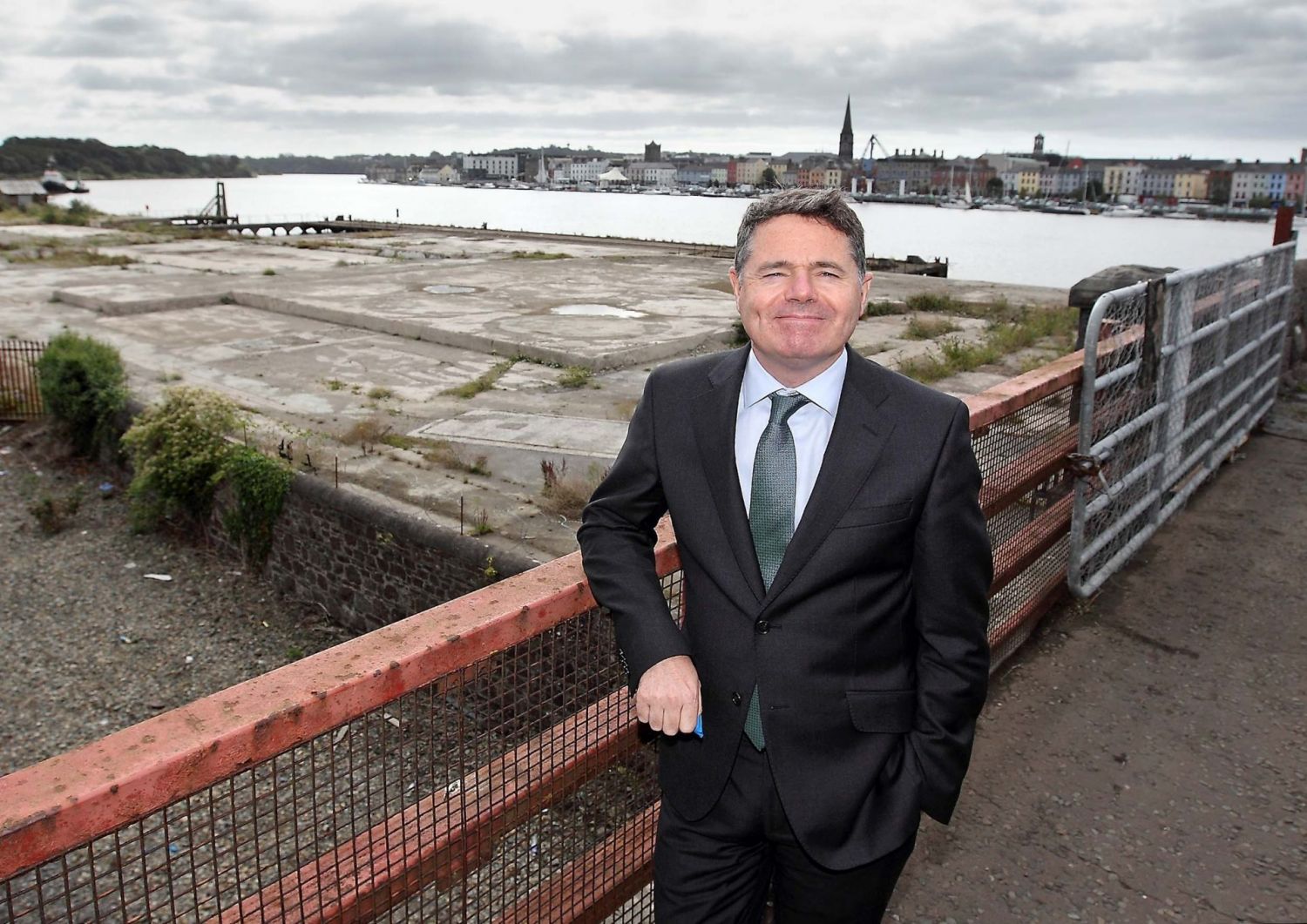 THE air of anticipation that surrounded the Minister for Finance Paschal Donohoe’s visit to Waterford last Thursday quickly turned to frustration when it became clear that there wasn’t going to be any positive announcement, just lots of lines to try and read between.

His itinerary was a packed one – a briefing with the councillors on Thursday morning, which included a presentation by Council Chief Michael Walsh; a tour of the North Quays by Council and Falcon Real Estate staff; a tour of the Social Housing Development at Knightsgrange, Lacken Road by developer Sean Carey and co., a meeting with the Chamber of Commerce and local business people, and a meeting with his Fine Gael colleagues.

“We’ve taken a considerable battering since the Celtic Tiger left us,” Council Chief Executive Michael Walsh said in the opening lines of his presentation to Minister Donohoe. “Due to the lack of a university in the region there has been a dramatic loss of people in the 20-40 age range. Unemployment in the state is at 4.8%, unemployment in the South East is 6.7%. According to the South East Economic Monitor there are 8,230 IDA jobs missing from the region yet workers in the South East return 52.2% of the national average of all income tax, which suggests low average wages and higher unemployment.”

Mr Walsh said that the multi-campus Technological University was a key economic driver but needs to be a “beast, that’s a genuine, legitimate technological university with the appropriate resources and core alignment to enterprise”. He pointed to the Ferrybank Shopping Centre and the North Quays as two areas which could support new college campuses for the TUSE and left, albeit subtly, the Minister in no doubt as to the fact that Waterford has been left behind by the Government and it was about time that they caught up.

Minister Donohoe opened his speech by confirming that the Government’s Capital plans for 2020 wouldn’t be changing, and in fact would actually be increasing to the tune of €700 million, “regardless of what happens with Brexit”.

Despite the fact that he was speaking in Waterford, to Waterford politicians and media, he was careful not to single us out for any special treatment, either now or in the future. “Waterford, and a number of other cities, are so important,” he said more than once. “The objective of my visit here today is similar to other visits I make regularly across our country, which is to engage with you, to get your view on the progress we’re making, and to start a dialogue about the ways in which we can further that progress in 2020 and beyond.” No announcement, no promises.

Out of the 32 city and county councillors, just 10 turned up for the meeting with the Minister. These were Pat Nugent, Seanie Power and John Cummins from Fine Gael; Jason Murphy and Eddie Mulligan from Fianna Fáil; Breda Brennan and John Hearne from Sinn Fein; Independent Councillors Davy Daniels and Joe Kelly and Labour’s John Pratt who chaired the meeting. Fianna Fáil TD Mary Butler and Fine Gael Senator Paudie Coffey were also in attendance.

Before they commenced their questioning of Minister Donohoe, a Government aid asked the media present to leave. The Waterford News & Star questioned the decision to clear the media, and the response was simply that “this part of the meeting was private”. As the itinerary didn’t state anything about a ‘private meeting’, and due to the fact that it was a room full of publicly paid representatives talking about issues pertinent to the future of our city and county, the Waterford News & Star refused to leave and subsequently the rest of the media were allowed back into the room.

The majority of the questions from councillors were related to the hospital, housing, university, and, for the most part, the North Quays. The Minister answered the questions on the first three issues through a range of general responses relating to the whole country and the constant need for extra funding. In relation to the North Quays, this was what he had to say:

“If and when we make progress on the North Quays it has really significant effects on your city, county and the broader South East. I couldn’t be clearer in recognising that this is the kind of project that we want to make progress on. Will further funding be made available for this project? The answer is yes. I want to see it happen.”

He would get more direct questions from the media after his brief dalliance with a pathetic 31% of our Council.