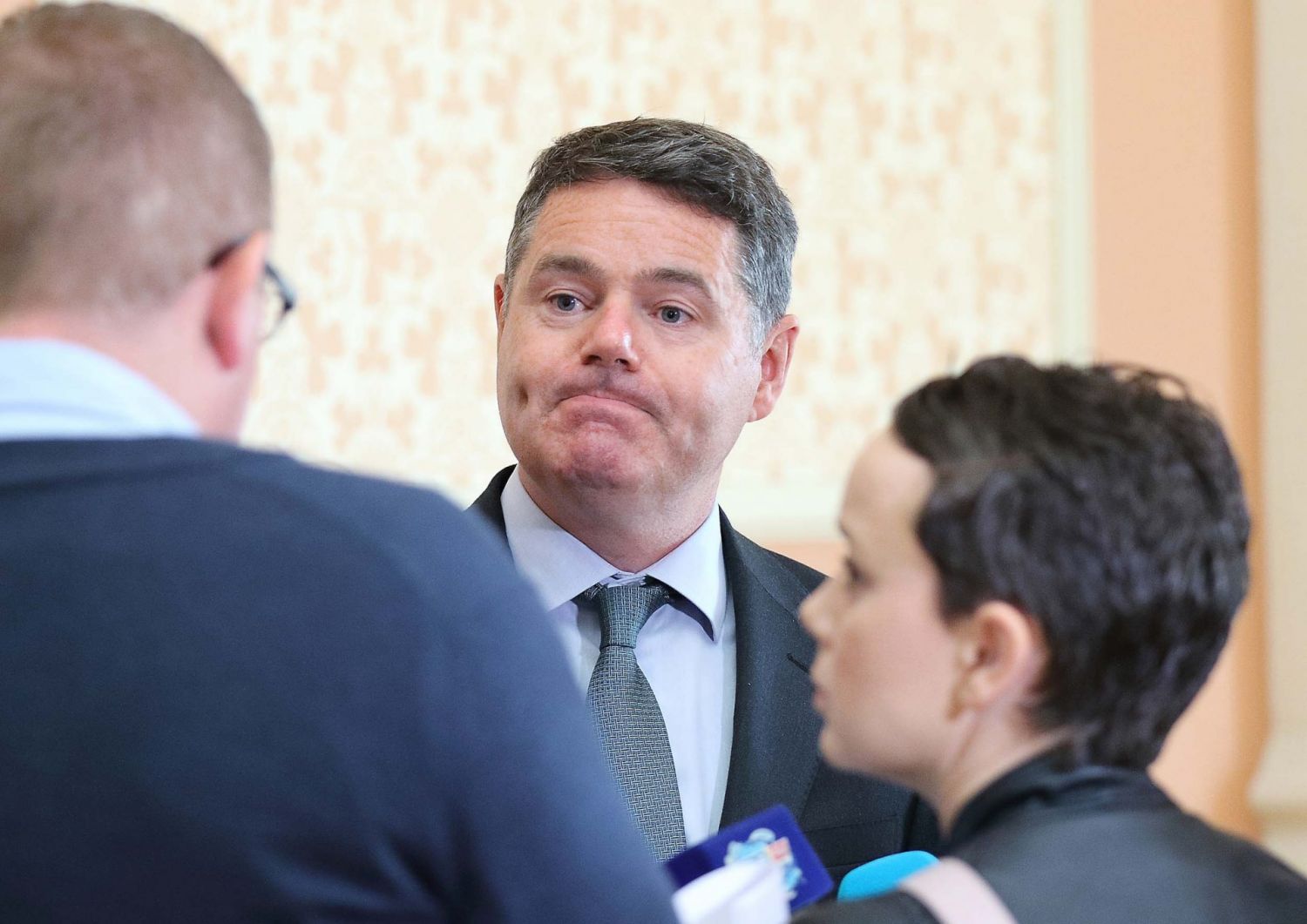 AFTER his meeting with the Councillors, the local media had their chance to corner the Minister for Finance. Sinead Ahearne from WLR asked when we could expect the next tranche of funding for the North Quays infrastructure. Minister Donohoe said that he was engaged with the Transport and Housing Ministers in relation to ‘investment decisions’.

“I understand that you need to see clarity on this and I hope that soon enough, we’ll be able to bring that,” he said. “My message to all who are concerned about the future of the North Quays is that we are very committed to trying to bring this forward and because of the scale of it, we need to make the investment on a phased basis. I will work with my colleagues in Government to create the certainty that you need to move the project forward.”

The Waterford News & Star asked Minister Donohoe if he was worried that Falcon Real Estate Development might pull out of the project if clarification on funding wasn’t delivered before November.

“Six million euro has been made available for this project and it has been named in the Project 2040 plan,” Minister Donohoe said. “The private consortium that you have referred to there are very ambitious – we are too – they have investors that they have to think about and I have tax payers that I need to think about. I have to satisfy myself and them that we are making this money available in a correct, orderly and efficient way. Tax payers would expect me to get the balance right, between investing in really crucial projects and being able to demonstrate that we’re doing it in the right way.”

The News & Star pointed out to Minister Donohoe that the Government had stated – in the National Planning Framework – that this project was of massive importance to Government. This newspaper also quoted to him the shocking statistics, revealed in the News & Star recently, about the disparity in capital funding between the South East and Cork.

“We made a decision to grant funding to Waterford Airport because of our understanding of the need to be able to maintain access and connectivity to the South East and Waterford,” he said. “Before we make further funding announcements, I need to make sure that the funding commitments I give will be honoured by myself and the Department of Finance and Public Expenditure and that really critical issues about what this money will get, how we can handle complex transport matters will be answered. That work is underway, and maybe myself or some Government colleagues will soon be in a position to announce how we’re going to move that forward.”

After the Minister’s visit, the Waterford News & Star contacted Falcon Real Estate Development to gauge their reaction to his time in Waterford.

“Following a meeting with Minister Donohue in Waterford on September 5, Falcon Real Estate Development acknowledges the comments by the Minister that emphasise the central role of the North Quays development in Project Ireland 2040. The company views this as an extremely positive development,” a spokesperson for the company said. Simultaneously they also stated that they still