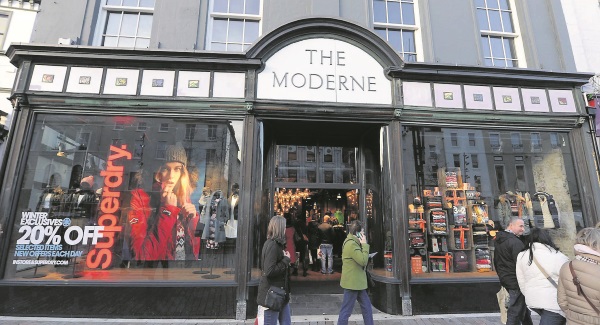 A section of footpath on Cork city’s main shopping street is closed this morning after masonry fell from an upper floor window of a building onto the street.

Several bricks and some debris appears to have fallen from a window of the Superdry store on St Patrick’s Street, formerly the Moderne.

Four units from the Cork city fire brigade attended the scene this morning, joined by gardaí and an ambulance.

They closed off part of the footpath outside the building and two units of the fire bridge remain at the scene.

There were no reports of any injuries.

Superdry opened in the former Moderne building on Patrick Street in late 2015.