Fine Gael only aiming to win 1 out of 4 by-election seats, Taoiseach says 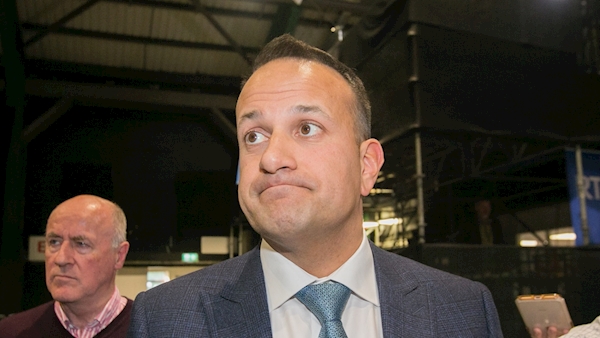 Fine Gael is only aiming to win one out of the four upcoming by-election seats.

Taoiseach Leo Varadkar has told his party that winning by-elections is always very difficult for the party in Government and has set his sights on securing one seat.

Mr Varadkar has also indicated that he wants to hold the next General Election in May stating it would be “the right moment” to hold a ballot.

Mr Varadkar told his party colleagues that the months ahead will be busy, citing Brexit, the budget and the matter of four by-elections.

“Winning by-elections is very difficult for Government parties. It has only happened three times in 35 years. But it can be done. There are four by-elections and only one of the four seats was held by Fine Gael.

“We should aim to win one and get the equivalent of something close to a Dáil quota for each of them so that our candidates will be in a strong position to take a seat when the General Election comes.”

Mr Varadkar added that he would need the full support of the party to secure one by-election seat.

Fine Gael has selected Verona Murphy in Wexford, Colm Burke was named the candidate for Cork North Central on Wednesday night while candidates have yet to be chosen in Dublin Mid-West and Fingal.

Mr Burke said he had put in the work over many years and will challenge for the seat vacated by Mr Kelleher.

“I was a councillor for 12 years and I was Lord Mayor, the area I represented was the north-west ward which wouldn’t have been traditionally Fine Gael so I hope people would see me for the work I have put in,” Mr Burke said.