TAOISEACH Leo Varadkar has spoken of his frustration with the protracted progress of the Waterford IT/IT Carlow submission to create a Technological University of the South East (TUSE).

Speaking at the official opening of the Lismore Castle Experience on Friday last, Mr Varadkar told the Waterford News & Star: “I’m very frustrated about it, quite frankly. The big thing that the Government had to do was to pass the legislation to allow Technological Universities to be established and that’s been done. The first (TU) in Dublin is already up and running but I didn’t want the first one to be in Dublin because we already have three universities in Dublin. I wanted the first one to be here in the South East where there isn’t a university so I’m frustrated about it. Everything is not under our control but we are engaging with the (teacher) unions with a view to answering some of their concerns so that we can go ahead and have ‘TU South East’ established in 2020.”

During his formal comments in Lismore, Mr Varadkar identified the creation of the TUSE

“based in Waterford” as the “one most important thing” which can improve the South East’s fortunes.

“I think it will do for the region what UL did for the Mid-West region and Limerick. It means the end to the brain drain. It means more students being able to stay in the region if they want to. It means students being attracted in from other parts of the country and other parts of the world. It means that businesses are spun off from the university and we’ve seen that all over the country and it means that it’s much easier to attract FDI (Foreign Direct Investment) and investment into the region if (would be investors) know there’s a university there for research funding and a supply of graduates. So that’s something I’m determined to get done and over the line in 2020.”

Mr Varadkar’s visit to Lismore came almost exactly a year after, during a visit to Carlow, he expressed his hope that the TUSE submission would be made “within weeks”.

Returning to the same topic on Friday last, the Taoiseach stated: “I think the real game changer economically for this region is the establishment of a university here… you can take the IDA to the South East for site visits – and there’s a lot of good IDA investment in here – but no matter how many times they visit when they ask the question ‘where’s your university?’, ‘where’s your graduate stream?’, ‘where’s your research facilities?’, when you don’t have a university you’re never going to give them a satisfactory answer; they’ll get a better answer in the Mid-West or in Cork or in Dublin, that has to be the thing that changes and 2020 is the year that I want to make sure it happens.”

With a summer election Fine Gael’s stated preference, this newspaper understands that the Taoiseach’s personal advisor, Philip O’Callaghan, has been appointed to monitor the progress of the WIT/ITC submission.

General election candidate Senator Paudie Coffey believes that all “major indicators clearly point to the headquarters (of a new TUSE) being in WIT. It’s by far the bigger college but it’s up to both institutes to get their act together and make their submission into the Government, to get it into the system and to get it approved… and there has to be real engagement between both colleges. The pathway is there. They have to come forward and make it happen.” 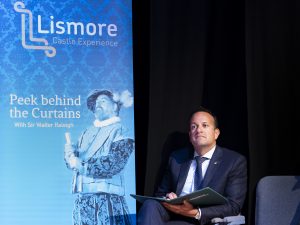