WATERFORD figured prominently at this year’s Hidden Heroes Awards, which were held in Dublin’s Intercontinental Hotel on Monday, with two individuals and a support group receiving national recognition.

According to his nominator and teacher Colette Kearney: “Scott has been incredibly inspiring for the whole choir. He has sung several solo numbers and has also performed on a special track to raise money for three cancer charities. Scott has also shown incredible support to a fellow pupil with hearing difficulties, mentoring him within the choir. I’m thrilled that he’s been given recognition like this.”

Waterford native Joanne Chester, who featured in RTE’s ‘London Calling’ documentary last May, was named as the overall winner of the ‘Hearing Hero’ category.

Joanne works at St Joseph’s House for Deaf And Deaf Blind Adults in Dublin, where she has created an assistive technology database. In addition, Ms Chester’s voluntary efforts with the Irish Deaf Youth Association included establishing a youth club for deaf children which she ran twice a week during each school term.

Joanne was described in her nomination literature as “a passionate advocate for deaf people in the workplace, highlighting the difficulties young deaf people face in accessing employment opportunities.”

She was nominated for the award by her colleague Mary Stringer.

The third local winners from Monday’s ceremony were the Men’s Support Group at the Solas Cancer Support Centre, who were led by facilitator Tom Mullane.

Nominated by Joyce O’Carroll (of Wigworld), the group picked up the Overall Award in the ‘Super Volunteer Hero’ category for their creating a colourful wildflower meadow and transplanting the Marie Keating Foundation’s Bloom garden at Williamstown.

Said Joyce: “I pass the gardens while I’m out walking the dog during the week and what the men have done there while facing up to the reality of their cancer treatment and recovery has been absolutely fantastic. They’re growing fruit and veg there too and the colour they’ve added to a busy area has been very welcome. They should be very proud of their work.”

“The Hidden Hearing brand alone cannot create heroes – we rely on real life stories and once again, we were overwhelmed by the huge response from the public,” said ‘HH’ Managing Director Stephen Leddy.

The Awards, hosted by Mary Kennedy, have 10 different categories, with an Overall Winner and Special Recognition winner in each section. 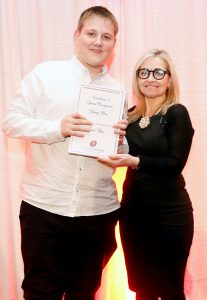 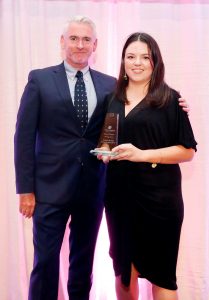 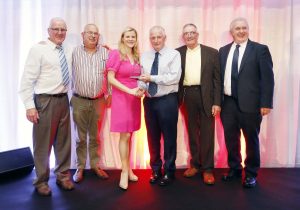