EDITORIAL: Time for our climate re-change 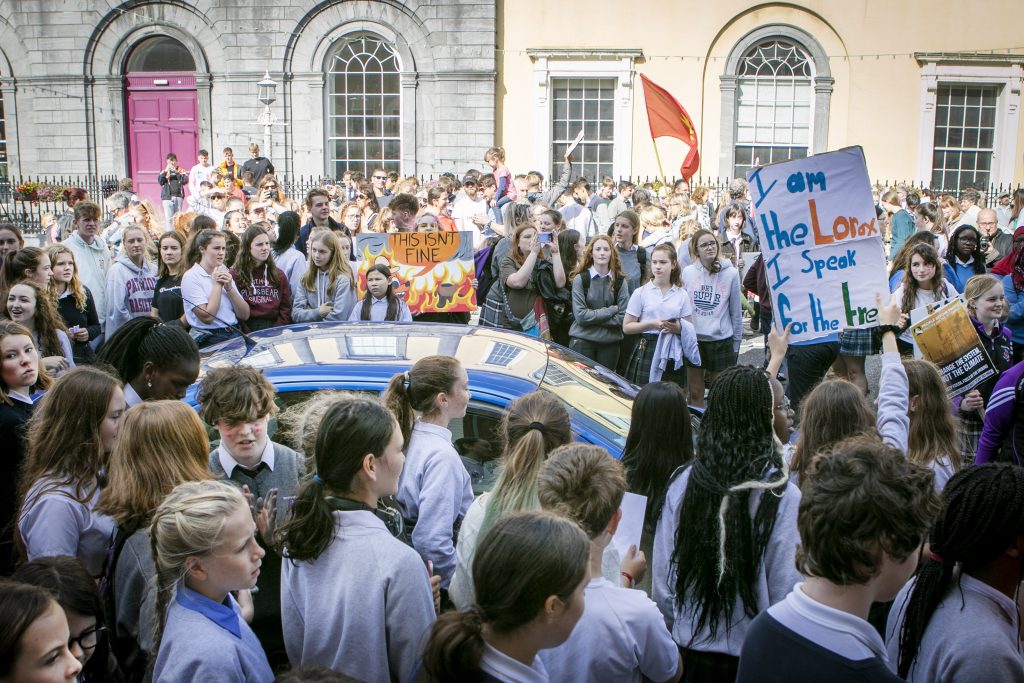 WATERFORD’S young people gave the grown-ups a lot to think about this week. Whether it was 24/7 cardiac care for the South East, or the precarious lack of progress on tackling the climate crisis, they showed that they are not willing to stand quietly by. The days of being seen and not heard have been replaced with vocal, passionate, tuned in, educated children and teenagers resolute in having a say on their future. And with the current, scientifically recognised and proven climate crisis that is at hand, it is our adult actions which will influence and determine the future that their children and grandchildren will inherit.

They were criticised and mocked by large cohorts of adults on social media – including plenty of Waterford people – and no doubt people reading this editorial. They were, likewise, supported and championed by many more.

It is concerning that so many adults continue to choose to put their heads in the sand when it comes to assimilating the truth of the state of the global climate. Many will dismiss out of hand the crisis as fanciful paranoia. More will joke that Ireland could benefit from a few degrees of a temperature change. The truth is far from a matter to be trivialised.

‘Rather than making snide remarks about their idealism – and they are entitled to be idealistic, hopeful and optimistic for a future that they can rely upon – it is our time to make change happen for them. We are currently all part of the problem.’

Scientists have been at pains to point out for years now that global warming is causing a dangerous and frightening alteration to the delicate balance of our planet. Whether it is the rapidly receding glaciers, the deforestation of our most important source of oxygen – the Amazon rainforest, the proliferation of plastic in our seas, the amount of carbon being belched out from factories into the atmosphere, every element is having an impact.

If we think it is all a figment of some Green Party political marketing stunt, we are grossly deceived.

Climate change is at a point of crisis, and, sadly, the voices of our young people will continue to fall on deaf ears unless politicians, and we, the adults who vote in those politicians, ensure that the climate crisis is factored into the political agenda.

This is not the kind of homework we want. It is hard – how do we demand change and of whom? What should that change look like, feel like, cost? How much will we be out of pocket as a result? How can we manage a necessary level of carbon tax, how can we adjust our lifestyles, where do our lifestyles need to adjust?

This is a job of work, but the children are not the ones responsible for making it happen. Rather than making snide remarks about their idealism – and they are entitled to be idealistic, hopeful and optimistic for a future that they can rely upon – it is our time to make change happen for them. We are currently all part of the problem but we can be part of the solution.

Unfortunately, days after the children took to the streets to demand the adults listen, politicians are already speaking out of both sides of their mouths. David Cullinane, TD, turned up in support of the protesting students in Waterford on Friday, issuing a statement saying: “It is heartening to see young people demanding that politicians do more to tackle climate change and Sinn Féin is up to the challenge.”

Yet by Monday, he was turning his Sinn Féin climate action spokesperson role into the more time-honoured ‘quip at government’ stance we are used to, when Sinn Fein issued a press release stating: “Sinn Féin spokesperson for climate action David Cullinane TD has today lambasted Taoiseach Varadkar and his government for their carbon tax proposal, calling it a levy on ordinary households stuck with no alternatives in transport and home heating.”

We don’t need empty words from any of our politicians on the climate emergency, we need cross-party work that sets a global example. They could do it with Brexit, they can do it on climate.

Meanwhile, if that is all too much to care about, think of your own role… as you drive, throw another sack of rubbish out, book the flight to the sun, turn on the oil-fired central heating, pull on the cheap t-shirt, rip the plastic from the South American bananas… We are all part of the problem, we need to think hard about how we can be part of the solution.