Portlaw resident (72) robbed just a short walk from his home

A 72-YEAR-old man who was mugged on a quiet Portlaw street on Thursday morning last is coming to terms with a crime one wouldn’t readily associate with the locality.

Michael Walsh, who lives on nearby Brown Street, was out on one of his regular walking routes when he was pick-pocketed, during which he was relieved of his wallet which contained a sizeable sum of cash.

Sitting in his sitting room the morning after the incident, Mr Walsh told the Waterford News & Star: “It’s hard for me to get my head around it. You could call me a ‘human signpost’; I’m after giving directions, I’d say, to thousands of people over the years when they’ve been driving through here. I should have copped on to this fella but he saw an opportunity. I’m not as lively as I used to be – I walk with a stick these days – but he must be very good at what he does.”

Detailing the incident, which occurred on Queen Street at approximately 10am on Thursday last, Michael stated: “He got out of the car (a black vehicle with a C registration) and asked me did I know the way to Kilmeaden. ‘Jesus’, I said, ‘you hit the right man. I was born in Kilmeaden long ago but I’m here 70-odd years’. He came from my left, then turned over to my right, then got back into the car after I told him to go down over the bridge, take the left at the big cream house in front of him and head on beyond the fork in the road (at Darrigle) and the first place you’d meet is Kilmeaden. And off he went; now I thought he was going a bit fast as there were two ESB men, I think, who were cutting some hedges underneath the cables, one on the ground holding the ladder and the other man near the top of the ladder. So I went into the shop (Fogarty’s), I’d a tenner in my pocket, I got batteries and the paper and off I went up William Street when I thought of my key so I put the hand down into the pocket – no wallet. I still didn’t think anything strange was after happening so I headed up the street home, thinking I’d left the wallet there before I headed out.”

Michael added: “I came back in the door and had a look for the wallet and there was no sign of it. I’d been in the chemist (at the bottom of Brown Street) earlier in the morning after getting the monthly prescription and he said I’d not left it there and it was only when I came back up the street that it hit me: the man who was after asking for directions was after pickpocketing me – out of my right trouser pocket – and he must have been left handed because he came from my left side to my right – to do that without me feeling a thing, you’d want to be pretty good at it. And there were a good few pound in the wallet, my medical card, the ESB card, my bank card and so on. Listen, it’s a blow I could ill afford but the other part of all this is telling me I was lucky. I could be laid out on a slab right now instead of sitting here in my house talking about what happened to me. I reckon I’m the first person in Portlaw that was ever pickpocketed. To hell with the money, I know it could have been a lot worse. I’ll still get clothes for the grandchildren.”

Michael described the thief as a clean shaven, well-spoken man (“he’d an English accent, now he mightn’t be English at all but that’s what I heard”) with a tight haircut, wearing a black jacket and grey scarf.

Local Councillor Declan Clune, the recently appointed Chairman of Waterford’s Joint Policing Committee, said the local community was shocked by both this incident and the burglary of the home of John Foley (86) only seven days previously.

“We know the days of having a Guard on every corner or out on the beat the way they used to be is gone so we’re going to have to come together as a community to be as vigilant as we can and supportive of each other,” he said.

“The lack of Garda resources means there’s rarely a Guard in Portlaw Garda Station even though it remains technically open and we have asked for even a satellite service once or twice a week if people have any concerns or need forms signed because at the moment there’s no scheduled opening time for Portlaw Garda Station. The willingness to operate such a service is there from the Guards, but resources are the main stumbling block.”

Cllr Clune will be putting these concerns to senior Gardaí at a meeting in Kilmacthomas this Thursday while a public meeting is set to be held at the Portlaw Community Hall on Thursday week next, October 3, at 7.30pm.

If you have any information in relation to what remains an active investigation, please contact Tramore Garda Station on (051) 391620. 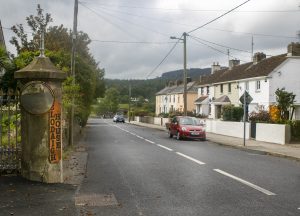 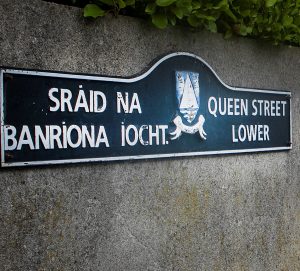