VIEW FROM THE GREEN ROOM: Stellar Stella at the Theatre Royal 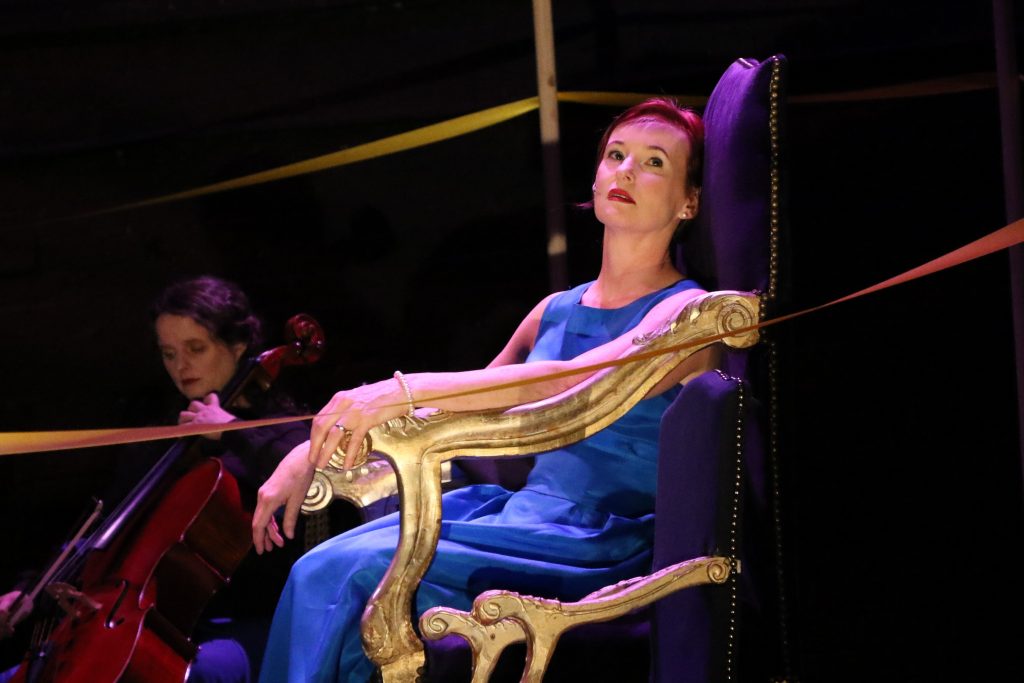 Killing Stella was performed at the Theatre Royal, Waterford.

IT’S the stillness that gathers you in. And the tension. Anna (Bernadette Cronin), in a dramatic blue gown with her inner consciousness cellist Eimear Reidy seated behind her, whose soundscore expresses the inner turmoil of a woman trying to come to terms with the suicide of the young Stella who was in her care. “We all murdered Stella,” sighs Anna “and now she has her revenge on me” because house prisoner Anna cannot escape the guilt.

Husband Richard has taken Anna’s son and daughter to the country for the weekend and Anna is left to make sense of the tragic tale of a young 19-year-old friend’s daughter who she took into her home for her year’s tuition at a commercial college. Stella is an unwelcome guest. Shy and socially awkward, Stella wears no make-up and dresses in dowdy clothes. Her polite remoteness makes her a difficult witness on the political tensions within the family.

The picture of family life that emerges from post-war Austria is one of pretence and hypocrisy. Husband Richard is a serial womaniser and never bothers to hide the tell-tale signs of lipstick on his collar and strange perfumes from his clothes. He treats his wife as a chattel. “I own everything in this house, including you,” he declares and the thump of his foot on the gravel strikes fear into Anna’s heart. Anna initiates a sense of fashion to help Stella emerge from her dowdy chrysalis into a beautiful young woman and Richard becomes predatory.

There’s a lot of other matters afoot chez Richard’s. While five-year-old Annette is blissfully unaware, 15-year-old Wolfgang knows enough to keep shtum for fear of his father’s temper. And family silence and social pretence is at the heart of the narrative.

Left alone with her thoughts and private pain, the aloof Anna lives out the turmoil of the events that led to Stella’s death through words and music. Dear old Dad Richard begins an affair with Stella and, when she becomes pregnant, procures an abortion from a friend who is a gynaecologist. Innocent Stella mistakes Richard’s sexual attraction for love. When she discovers that he has a new lover, Stella throws herself in front of a bus. It’s a suicide that carries the possibility of accidental death and enables the family to continue its mask of respectability.

The burden of silence and frustration of repression within a loveless marriage is the soul of this family history. Stella’s death has changed everything. Anna’s guilt pours across the cello strings as each plucked note, angsty double-stop and touchy harmonic in cellist Eimear Reidy’s brilliant soundscore betrays the inner turmoil of a soul in torment. She recalls every significant moment in young Stella’s stay as she searches for a peace of mind that is never to return – the price of silence.

Nothing is as it seems in this spell-binding production from Director Regina Crowley and every sense is engaged as the tale unfolds. Eimear Reidy’s frequent pounding stamps thumps out the tension; gnawed cello chords scream anxieties and dragged bows squeal frustration and repression. A tilted central dais indicates just how easy it is for Anna to fall off this bourgeois world of false pretence when a disturbing figure such as the sexually awakening Stella disturbs the domestic politics of this post-war Austrian family.

Bernadette Cronin is brilliant as the repressed and aloof Anna. Her manic changes of tempo indicate a turbo-charged personality stalking her beneath that detached pretence of ‘I didn’t care’. Every facet of the actress’s skill is employed here. Twisting, turning, bending, staring, Cronin searches for a chores-routine that will stifle her betrayal of the innocent Stella’s sobs. Wrapping herself in a web of yellow ribbon, staring at the oversized throne-chair of her husband, obsessively washing Stella’s presence away a la Lady Macbeth, Bernadette’s performance is powerful and compulsive. You would run a mile before allowing her Anna into your confidence.

This brilliant and unsettling play from Gaitcrash Theatre sent me home with many questions.