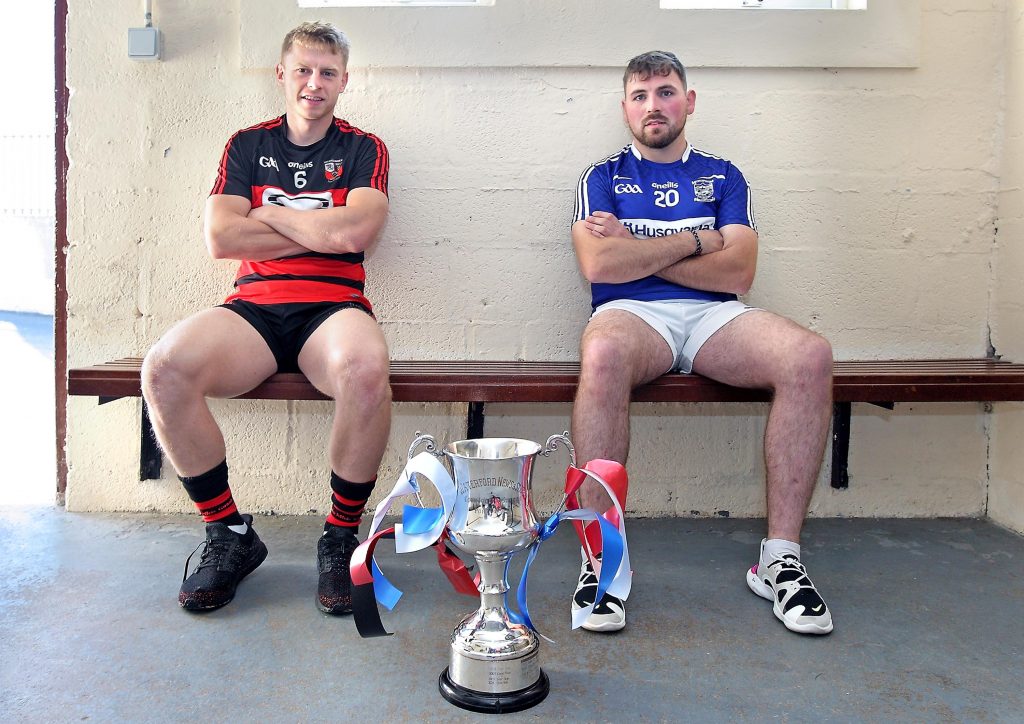 Two weeks on from Dublin footballers achieving their historic record breaking fifth All Ireland title in a row, Ballygunner hurlers will step out in Fraher Field on Sunday next just two wins out from surpassing that achievement with a sixth successive Waterford Senior Hurling Championship title.
While winning a sixth successive News & Star Cup would not be a record achievement it would shorten the odds further of Ballygunner equalling, or even surpassing, that record of nine successive titles held jointly by Erins Own and Mount Sion teams of a couple of generations ago.

REMARKABLE RECORD
Remaining unbeaten in Waterford championship hurling since losing the 2013 decider to Passage has been a remarkable achievement by Ballygunner in this modern era and with history beckoning the pressure mounts with each passing year to extend that winning streak. On Sunday next the
Gunners will step out in Fraher Field defending their county hard won Munster titles and facing a Dungarvan side whose motivation will have nothing to do with ending the champions’ bid for six in a row but rather ending their own barren spell of over seventy eight years without a senior title.
Dungarvan is a club with a great history in Waterford’s GAA story, producing some of Waterford’s greatest players in both codes but has punched below its weight for all too long. In 2012 the club appeared in a senior decider for the first time since losing the 1951 final, fielding a very young side having shocked a fancied Fourmilewater team in the semi-final. They were by no means disgraced in losing by 12 points to two time Munster champions De la Salle in the final and the feeling was then that their turn would not be far off. Six years of fruitless endeavour has followed and the feeling abroad is that for this Dungarvan side it is a case of now or never going into Sunday’s semi- final.

CHAMPIONS READY TO GO
Unbeaten, and barely extended in a Group campaign that included a seven point win over Dungarvan, the champions put down a marker in no uncertain manner when it came to the knockout stage as they ruthlessly disposed of Passage with sixteen points to spare. That victory was achieved despite the absence of experienced campaigners such as the injured Barry Coughlan and Harley Barnes as well as the out of bounds Shane O’Sullivan. Their absence made little difference to the result however as youngsters, such as Tom Gallagher, Tadhg Foley and Paddy Leavy, all straight out of the minor grade, stepped up to the plate while once more demonstrating the talent in the club coming down the line. Shane O’Sullivan will be back in action on Sunday but Harley Barnes is ruled out for the remainder of the season while Barry Coughlan remains doubtful.
Against Passage the champions looked as formidable as they have been in previous years with their top men such as Stephen O’Keeffe in goal, Ian Kenny, Philip Mahony, Billy O’Keeffe, Pauric Mahony, Barry O’Sullivan, Peter Hogan and Conor Power all available and playing as well as ever. In the returned Dessie Hutchinson they have unearthed a very capable replacement for Brian O’Sullivan who is unavailable this year while Wayne Hutchinson, who made a brief appearance against Passage, could be ready to fit into the starting line up on Sunday.

UPSET ON THE CARDS?
Since losing to Ballygunner in their Group game in Walsh Park Dungarvan’s form has been up and down. In their final Group game they scored a runaway win over a disinterested Clonea side that had nothing to play for but it was their ten point win over Ballygunner in the Senior League semi-final in Kill that caught the eye and raised expectations in the club. Though Ballygunner were without the Mahonys, Philip and Pauric, for that game the win was a big confidence booster for Dungarvan.
A week before facing Fourmilewater in the playoffs Dungarvan suffered a crushing twenty one point defeat at the hands of De La Salle in the League final, once again pointing to the inconsistency that has dogged the team in recent years. The following week they regrouped to see off Fourmilewater thus setting up a quarter final clash with local rivals Abbeyside. A last gasp goal saw Dungarvan over the line against last year’s beaten county finalists and with honour restored they now face into Sunday’s semi-final as rank outsiders with all to play for and nothing to lose.
To win this game Dungarvan will need all of their big players to step up to the plate and produce the same effort that eventually saw off Abbeyside. They will need to find a way to contain a speedy Ballygunner attack and that means tight marking on such as Pauric Mahony, Peter Hogan and Dessie Hurtchinson in particular. The Dungarvan halfback line of Jamie Nagle, Kieran Power and Kenny Moore will have a big part to play here and the Dungarvan defence must avoid conceding unnecessary frees with a player like Pauric Mahony on hand to punish such indiscretions.
If Patrick Curran, Gavin Crotty, Cathal Curran and Joe Allen can produce the form they are capable of on Sunday in support of the more consistent Ryan Donnelly in attack and their defence not allow the champions to dictate matters in the early stages, then Dungarvan will be in this game with a chance of causing the upset.
The odds however, still favour The Gunners and having done it all on the county front and captured the Munster title last year their primary motivation will be to go further and take that elusive All-Ireland title back to Waterford for the first time. To fulfill that dream they must first retain their county title and to do that they must first beat Dungarvan on Sunday.