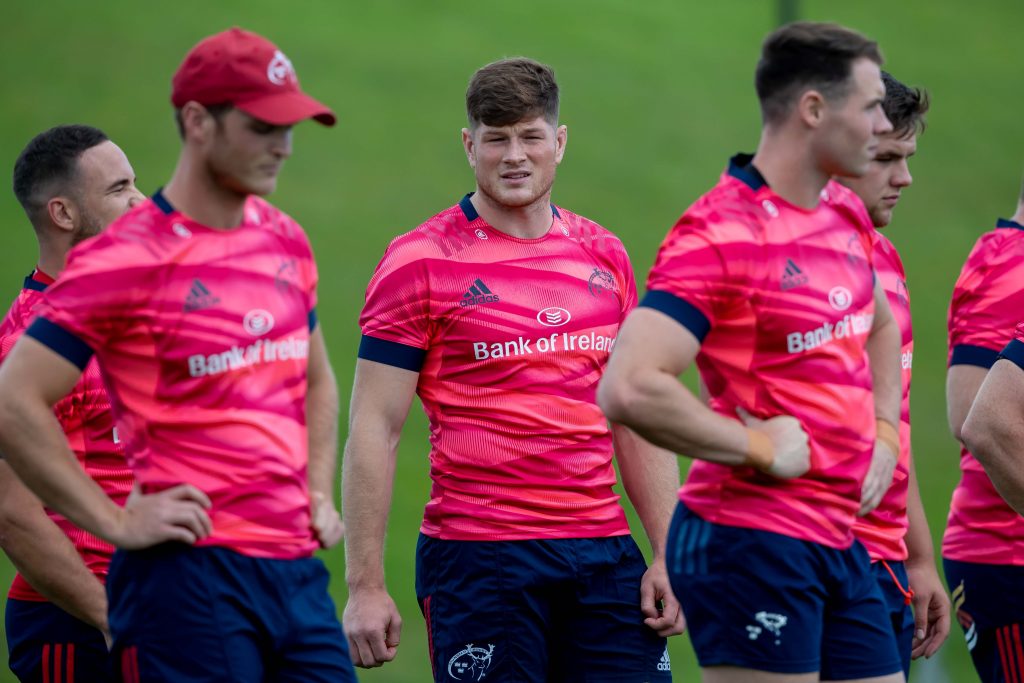 The Rugby World Cup in Japan might be stealing all the rugby limelight but the Guinness PRO14 also gets underway this weekend and Munster’s team for their opener against Dragons on Saturday at Thomond Park (3pm) has been named.

Waterford’s Jack O’Donoghue is picked at number six and he is joined in the back-row by Tommy O’Donnell and Arno Botha.

Billy Holland captains the side as the lock begins his 13th season at the province with four Academy players included in the squad. Hooker Kevin O’Byrne starts the clash in his 50th Munster appearance.

Nick McCarthy makes his competitive debut at scrum-half and partners JJ Hanrahan in the half-backs. Tyler Bleyendaal and Rory Scannell team up in the centres with Mike Haley at full-back as wingers Darren Sweetnam and Shane Daly complete the back three. Jeremy Loughman, O’Byrne and Stephen Archer pack down in the front row with Fineen Wycherley and Holland in the second row.

Head Coach Johann van Graan has opted to name six forwards on the bench with Academy players Diarmuid Barron, Keynan Knox, Jack O’Sullivan and Liam Coombes among the replacements. James Cronin is set to make his first PRO14 appearance since November after recovering from injury with Knox and O’Sullivan in line to make their competitive Munster debuts.