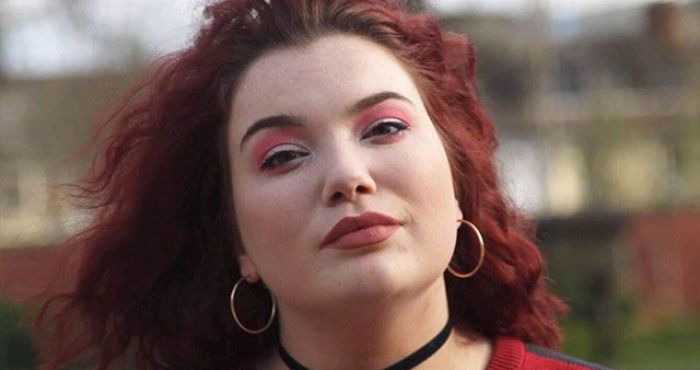 A few weeks ago, I read a poem that I can’t seem to get out of my head. It’s been stuck in my skull, a persistent hum bouncing off the walls of bone. The sweetest kind of echo that doesn’t seem to want to leave.

It was a poem by a writer named Danusha Laméris – the poem was called ‘Small Kindnesses’. Someone retweeted it and it showed up on my Twitter feed; I almost scrolled past, but had to stop. I read it, and then I read it again, and I’ve read it at least once a day, almost every day since, because it’s a beautiful poem – I would highly recommend reading it.

The poem is about, as the keenest and brightest amongst you readers might have already guessed, kindness. Specifically, the small, ordinary, common acts of kindness we experience every single day. Laméris lists things like picking up someone’s spilled groceries, smiling at each other and saying bless you when someone sneezes; a leftover from the Bubonic plague. “Don’t die,” we are saying.

I’d like to think I am like most people, in that I go through my days in the same fashion that I imagine most people do; mostly alright, mildly tired, with the ever present possibility of being slightly grumpy. Most days are okay. Most days are just fine.

‘But most humans, most of the world, just want a little kindness, even in the smallest kind of ways. Even if it’s just a ‘bless you’ after we sneeze.’

Some days are harder. Everyone on earth has hard days. Days when it’s hard to get dressed, eat breakfast, leave the bed. In 2019, I feel like those days are, for everyone, probably becoming more normal. More common. Or maybe that’s just me.

For me, being alive in 2019 means a lot more hard days. It means opening up your Facebook in the morning with your fingers crossed  that your favourite hero hasn’t been charged with rape. It’s trying to walk to work in the morning with the knowledge that the Amazon is on fire and trying to not let that fact be the reason that your legs give way. It’s the leader of a child sex ring dying in suspicious circumstances before he could talk about all the powerful world leaders he supplied. It’s corrupt governments and homeless children and insane presidents and dead refugees. It’s knowing that the planet is dying. It’s everything falling apart, and finding out about it in a sanitized BBC article on your newsfeed at 8am while you drink your coffee and try to find the energy to go to work, or to a lecture, or just out into the sunlight with that knowledge in your head. It’s trying to keep your head above the water in a world that seems so deliberately intent on drowning you.

Being alive in 2019 means that some days are a little harder than others, and those hard days happen more than I’d like.

I think that problem with these hard days isn’t simply that they hurt, that they’re painful – which they are, of course. But pain is bearable; pain can sometimes even be energizing.

The thing that’s really awful about hard days is that they make you feel so tired. The hard days when you think about every single thing that is wrong in the world, and how you will never be able to fix it all – they’re exhausting. It feels exhausting in the way that looking at a house that has become run down can be exhausting. The derelict kind, with rot and mould and endless filth. It’s trying to calculate the insurmountable task of fixing it up, cleaning all the dirt, and realising that it is a task that is impossible – you become tired before you even begin, under the weight of everything that is so very wrong with it.

Most days, especially the hard days, I forgot something that should never be forgotten; that humans have the capacity for so much kindness.

I don’t know if this means that humans are good – it probably doesn’t. I think bad people can probably be kind too – even the nastiest person might smile at a stranger as they pass them on the street.

But I think that’s the beauty of it, and the beauty of that poem. In spite of everything that’s awful and wrong in the world, I think humans want to be kind, and to have kindness shown to them. We want to smile. We want to be touched with affection. We want someone to laugh at our jokes. Even the worst of us like to be held.

Humans can be good, and humans can be bad. But most humans, most of the world, just want a little kindness, even in the smallest kind of ways. Even if it’s just a ‘bless you’ after we sneeze.

Some days are hard, but small kindnesses make them easier. We need to be kind to each other; it’s one of the most important things we have left.