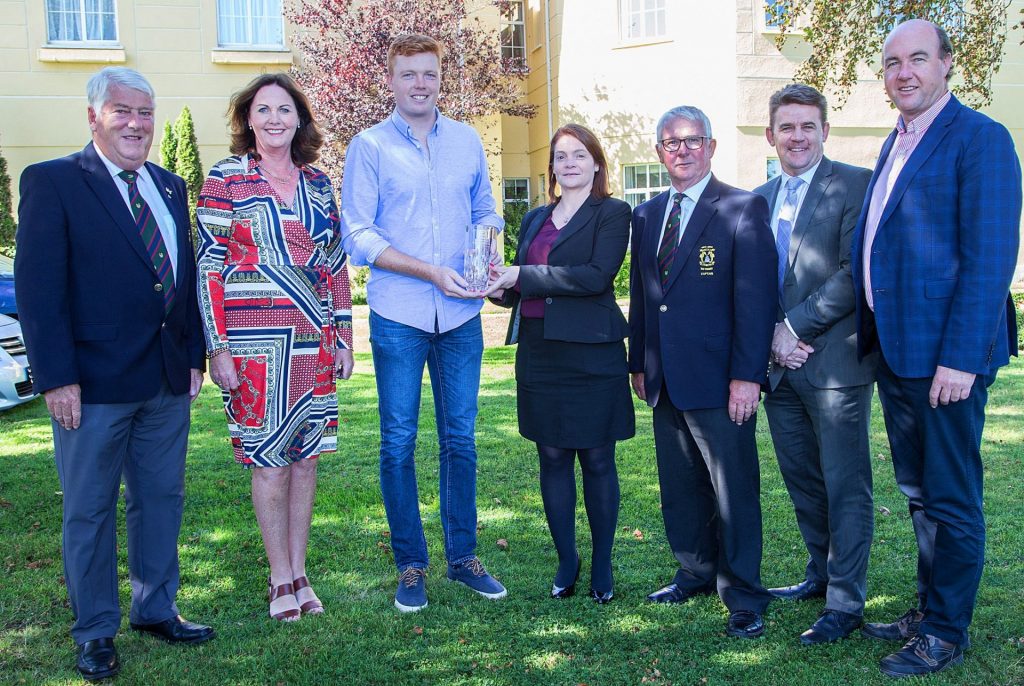 There’s no doubt that 2019 has been a brilliant year for Irish golf. The highlight of course was Shane Lowry’s Open Championship win at Royal Portrush in July and also Rory McIlroy’s great season that saw him win the PGA Golfer of the Year title.
Another highlight of the Irish golfing year was the Dubai Duty Free Irish Open at lovely Lahinch in county Clare, also in July and what a week it was for Waterford golf.
Touraneena’s Seamus Power had a good week to finish in a tie for 60th but the star of the show from a local perspective was definitely Robin Dawson who shot an opening round of 68 followed by a birdie on 18 on day two for a 71 to just make the cut for the weekend.

LIT UP LAHINCH
He took full advantage of the early Saturday start by shooting a brilliant bogey-free round of 64 to take him up to third position for a while.
A Sunday round of 71 saw him finish in a tie for 27th and walk away with a cheque for €58,055 on final score of six under. In the process he finished as the top Republic of Ireland golfer in the field, ahead of the likes of Shane Lowry, Padraig Harrington, Paul Dunne and Gavin Moynihan. He was the second all Irish golfer behind Northern Ireland’s Cormac Sharvin.
It was fitting then that this week he was in the Park Hotel in Dungarvan to collect the Waterford Sports Star Award for July, his fifth monthly award.
He was joined in Dungarvan by his parents Clodagh and John, Tramore GC President, Michael Burns, Tramore GC Captain Don Buckley, Neil Gough representing the judging panel and Fiona Stevens and Pierce Flynn of the Park Hotel.

‘YOU KNOW YOU’RE DOING SOMETHING VERY GOOD’
Speaking after collecting his fifth Park Award, Robin said, “I’m delighted, thanks a million to the judges and all at the Park Hotel. You always know you’ve done something very good when you are he at the Park Hotel picking up a Waterford Sports Star award, so yeah I’m thrilled to be back here again and hopefully it won’t be my last.”
Lots of Irish golfers have been lucky enough to receive sponsor’s invites to take part in the Irish Open but few of them have taken advantage of that opportunity like Robin did over the four days at Lahinch. How does he now reflect on that brilliant week?
“It was great. I was delighted to get the chance and then to be able to go out and play well and make the cut made it extra special. I think what stood to me was that I had played the course many times before while a lot of the pros were playing it for the first time. Lahinch is a tricky golf course and I knew it as well or better than anyone else in the field and that really stood to me. Also I love playing in such a pressure cauldron like that. There were huge crowds out watching every group and I just felt so comfortable in that environment. I feel a lot more comfortable in that scenario rather than playing in front of nobody in the middle of France or someplace. I really enjoyed the week and it was one that I didn’t want to end.

Since then it has been back to the European Challenge Tour and he’s had a few good results, so what does the rest of the season hold for the Tramore GC member.
“Hopefully I have six events to go. There are three events left on the European Challenge Tour and after those you have to be in the top seven to make the end of season big money events in China. I’m just outside that mark at the moment but I feel like my game is in pretty good shape and I’m looking forward to the next few weeks and hopefully I can lock that up and get to China. The better I play, the longer the season will go on, simple as that. If I make China it will secure my Challenge Tour card for 2020 and get me more starts on the European Tour and after that then I’d be into stage three of European Tour Q-School, so hopefully I that’s the plan for the rest of the year.”