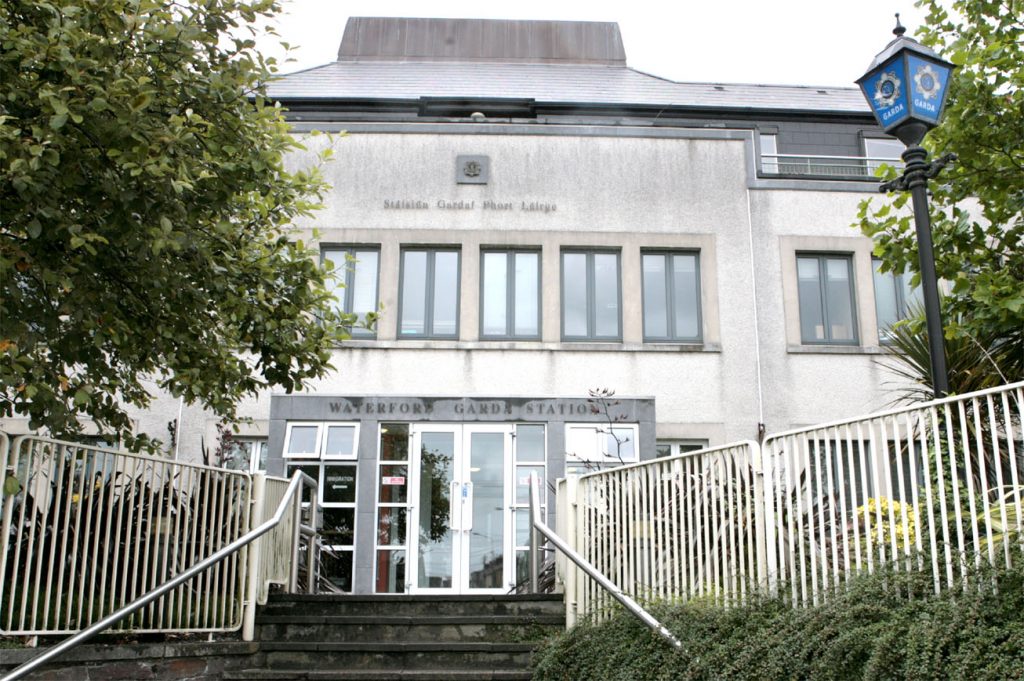 We only had confirmation from Garda commissioner Drew Harris last week that Waterford/Carlow/Kilkenny divisional HQ would be here.

IN 1968, the six counties Stormont government decided to set up the New University of Ulster in response to decades of lobbying by the people of Derry for university status. Political forces in that government decided that the new university should be located in Coleraine, a town of then 17,000 people instead of 30 miles away in Derry city, which had a population of 75,000. Everyone is familiar with the civil rights marches of those times and the subsequent troubles which erupted in 1969. Long held grievances festered and the people of Derry were effectively treated as second class citizens. While Gerrymandering is normally described as a practice intended to establish a political advantage for a particular party or group by manipulating district boundaries, in Waterford’s case we see the gerrymandering of government facilities with the intention of giving political advantage to the Fine Gael party.

The latest attempt at shabby political action was removing the Garda divisional HQ from Waterford. Not a single metric, from geography to demography supported such a course of action yet we only had confirmation from Garda commissioner Drew Harris last week that Waterford/Carlow/Kilkenny divisional HQ would be here and that Waterford would regain policing control of its south Kilkenny hinterland. Well done to all local politicians who worked for this. A patently nonsensical political fix saw the Eastern Regional assistant commissioner and chief superintendent based in Kilkenny, a town with no divisional HQ. How that will work is anyone’s guess but expect the assistant commissioner to revert to Dublin as originally intended! No logic applies with political forces in this part of Ireland.

The closure of the city and county VECs here and their amalgamation with Wexford VEC is a case in point. The incredible destruction visited on acute hospital services in UHW and across the South East by the Cork-inspired gerrymander of hospital budgets in 2013 is another. In the creation of a new Tech Uni for the South East we wonder if WIT’s long struggle for university status in Waterford will be answered in the same way as Derry’s was? Will the new university HQ be located in a town of 20,000 people 30 miles from Waterford as political gerrymandering seeks advantage for the Fine Gael party? We have had our “We shall overcome” moments on too many occasions with protest after public protest about UHW cardiology facilities. Will we be on the streets again for WIT?

Remembrance of promises past

On August 17, 2009, ten years ago to the day, WIT applied for permission (09/500171) for two new third level buildings at the Cork Road campus. The first was a three-storey Engineering School building with a height of 17.0 meters and 9,100 square meters floor space (about 100,000 square feet). The second was a three-storey Business & Enterprise Building, overall height of 17.0 metres, and 4,600 square meters (about 50,000 square feet) floor space. Permission was granted on October 8, 2009. They were never built. All the drawings and work was done. The buildings were ready to go.

Not a single penny has been invested in teaching space in WIT since 2005. It is painfully obvious that an extra university in Dublin adds very little to the overall attractiveness or potential of Dublin, but that a new university in Waterford serving the South East has massive potential to deliver a real economic push to this city and region. Everyone in education and educational politics knows this. TUSE proposals are literally designed to prevent the development of a proper university system in Waterford. They are intended to give university facilities to Wexford and Kilkenny and gerrymander facilities out of WIT for political purposes.

Meanwhile, a planning application submitted by WIT (19/669) on September 12 last is for a new development consisting of a third level educational engineering, computing and general teaching building with floor area of 12,894 sq metres (about 140,000 square feet). Ten years after having had buildings cancelled, being starved of funding and having its budget cut by 25% to prevent WIT developing and buying the old Waterford Glass site, they are to get a new building with 10,000 square feet less space. They must surrender the entire College Street campus to the Waterford Wexford ETB to provide for expansion of the Waterford College of Further Education. New building is long overdue and welcome at WIT, but the shabby gerrymandering of investment and resources still continues.

The Taoiseach is constantly “outraged” about delays to the TUSE, which is currently delayed by lecturers in Carlow IT. The government has invested huge money in that college – but constrained development at WIT. The ease with which the Dept. of Education pulled €5m emergency funding (never likely to be repaid) out of the hat for Tralee IT, which is in all kinds of disarray, speaks volumes about the political desire to get Cork IT and Tralee IT up and running as a new Munster TU. Meanwhile, we just wait!

As an aside, people might remember the “outraged” national media dragging WIT and Prof Kieran Byrne through the muck over spending at his office (which in truth came to €157,000) which was conflated with graduation day expenses and all manner of other normal college expenses and presented as a €6m spending spree, might care to examine the new office for UCD president Andrew Deeks. Last April it was revealed by the Irish Times that the new office in Ardmore house, which was set to cost €900,000, is actually going to cost €7,500,000. Not only that, but Deeks approved the cost himself.

As this is being written the fixed cath lab at UHW is again out of action. Proposals to refit it are drifting along with no detailed contingency plan confirmed. Whitfield hospital will develop a cardiac cath lab in early 2020 and this may enable UHW to come up with some sort of temporary fix. A Whitfield lab means that hundreds of patients and millions of Euro in work and employment being exported from this region to Cork and Dublin for cardiology procedures might end.

It’s only 13 years since Whitfield was founded. It is now the largest private hospital in the South East. Hard to believe that we did not have a proper private facility before that time! We still await clarity on the second cath lab at UHW, which was announced by all our Oireachtas members on September 20, 2018, following a meeting with Health Minister Simon Harris. A year later there is not even a drawing of the second cath lab ready. The facility was supposed to be delivered within 12/16 months, but lies grow like noxious weeds in the HSE and Department of Health.

In mid-April 2019 the disgraceful condition story at the UHW mortuary broke. Nearly six months later not a stone has been moved on the new facility which was “prioritised” in 2012 by the HSE. A consultant cardiologist is to be employed to work in the second cath lab when it is built. Recruitment was to commence immediately following the September 2018 announcement. The HSE Consultant Appointment Advisory Committee (CAAC) did not approve the appointment until their May 14, 2019 meeting. The vacancy was not advertised on the Public Jobs website until September 23, 2019. This maddening delay kills confidence in the commitment of the HSE and the government to UHW. And while on the subject, the failure to provide staff and resources to open the new Dunmore Wing and Hospice at UHW is beyond all rational understanding.

UHW is one of the busiest hospitals in the land, not that the Dublin media get that. It suffers all the problems of other major hospitals without a fraction of the national exposure and with far less resources. The long shadow of HSE neglect and Cork interference in our acute medical services will take a while to disperse.

Planning permission was refused for a housing development near the GAA pitch in Tramore. One of the grounds for the refusal was the impact on and loss of some mature trees. Fair enough, trees are really important to the environment. Meanwhile a whole street of trees was felled in Water Street and The Mall was desecrated with the obscene felling of trees at the Tower Hotel. Policy does not link up.

Simultaneously we have the planners giving permission for new housing developments with hardly a tree in sight. Medical opinion is firm in the view that trees are good for your health and living in a place with trees helps to ease stress and clean the air. Anyone looking at housing developments like Collins Avenue or Earls Court where many trees are planted will surely appreciate their beauty and the value they add to houses. The company who built those developments, McInerney Construction liaised positively with a group called Make Waterford Beautiful in the 1980s and 1990s to plant trees in every possible location on their sites. Any property specialist or auctioneer will tell you that leafy suburbs sell houses. Just go and look across Dublin 2, 4 and 6!

On another point, it is very difficult to understand the rationale for refusing the retention of a wedding marquee at the Haven Hotel in Dunmore East. The hotel is pivotal to the holiday offering of the village. It is also very difficult to understand with a planning permission to upgrade the old Waterford Crystal offices at Kilbarry how the planners can wait for months until their decision is due and then ask the developer for further information. Surely such action should have been taken as quickly as possible in this very important (for the city) case?