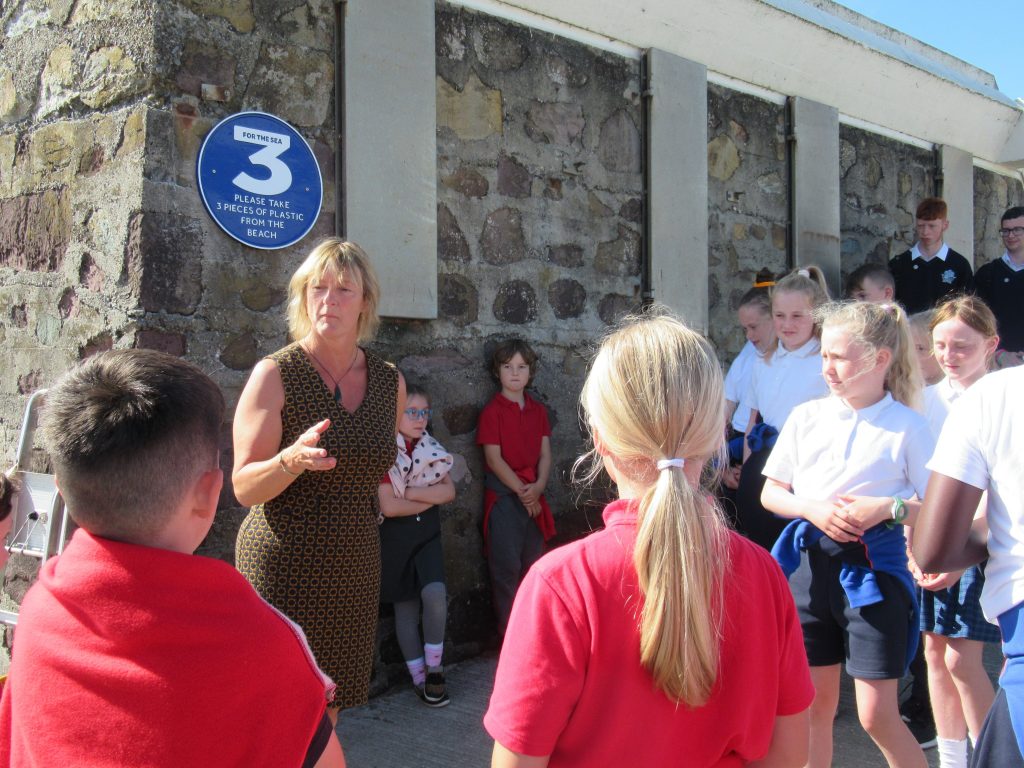 MEP Grace O’Sullivan at the launch of ‘Take 3 for the Sea’.

A NEW initiative from Waterford City and County Council has urged visitors to Waterford shores to take home three pieces of plastic litter from the beach. With Environmental Officer Ella Ryan at the helm, Waterford City and County Council have launched an awareness campaign with local schools. A passport to the seaside is available to all schools where local beaches are listed and a none too gentle reminder is given to all visitors that currently, in the middle of the Pacific Ocean, there is a ‘plastic soup’ of up to fifteen million square metres!

To preserve our beautiful waters and shores, Waterford has taken the initiative to ‘Take 3 for the Sea’ and local schools are on board to remove plastic from our shores and to increase sustainability for the future. This campaign was embraced in Tramore by local schools, anxious to take positive action against climate change and to that end, Mayor John Pratt and MEP Grace O’Sullivan officially launched the initiative in Tramore with a commemoration plaque mounted on the wall at the Lifeguard Hut on the Promenade. The emphasis on this project was to allow students to take ownership over their actions and to instil a sense of pride for their place. Local teachers paved the way by educating through example both in the classroom and outside to promote the launch and their individual role in its importance. A new sign, hand painted by Ruth Farrell of ‘Tramorerocks’ has been installed on the perimeter of the sand, reminding visitors to the beach to be respectful and mindful of the land and sea during their visit.