A special night for Gary Power

A special night of music, comedy and storytelling for popular Waterford theatrical impresario Gary Power will be held at the Theatre Royal this Sunday night at 8pm.

Titled ‘I Am What I Am’ and presented by the Friends of Waterford Theatre, the man himself has described it as “a show you cannot miss”.

Gary’s life took an unforeseen turn last Christmas when he slipped “down a stairs and got myself a compound fracture where I broke the tibia and the fibia – the bones came out through my skin. I had four serious operations, one in Waterford and three Cork and ended up with an amputation below the knee. With all of this happening you can only imagine the pain and discomfort; I nearly died during the 12 and a half hour long operation but thankfully I’m still here. So when it came to the post-op recovery, I then had to mentally come to terms with the idea of the amputation. However, I’m lucky that it’s below my knee and I’m now at the stage where my prosthetic leg is being fitted as part of my rehab so all things going to plan, I should be back walking by December.”

In the wake of his surgery, several theatrical friends of Gary’s approached him about “putting on a night of my favourite musical theatre songs”.

And what an array of local talent has been assembled for Sunday night, featuring Greta Rochford, Ray Collins, Glenn Murphy, Vicki Graham, Des Manahan, Tobie Hickey, Jamie Murphy, David Flynn, Megan Cassidy, Mick Roche, Bilberry Goats, the Intonations Choir and Tony Kelly along with special appearance from Carrie Crowley and Jim Nolan. Classics sich as “Music Of The Night”, “If I Were A Rich Man”, “Bring Him Home”, “As Long As He Needs Me”, “Memory” and many more are on the set list for a night the audience – and Gary himself, are set to fondly remember. 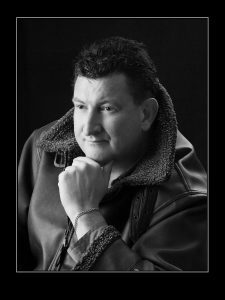 A special night for Gary Power will be held at the Theatre Royal this Sunday night.