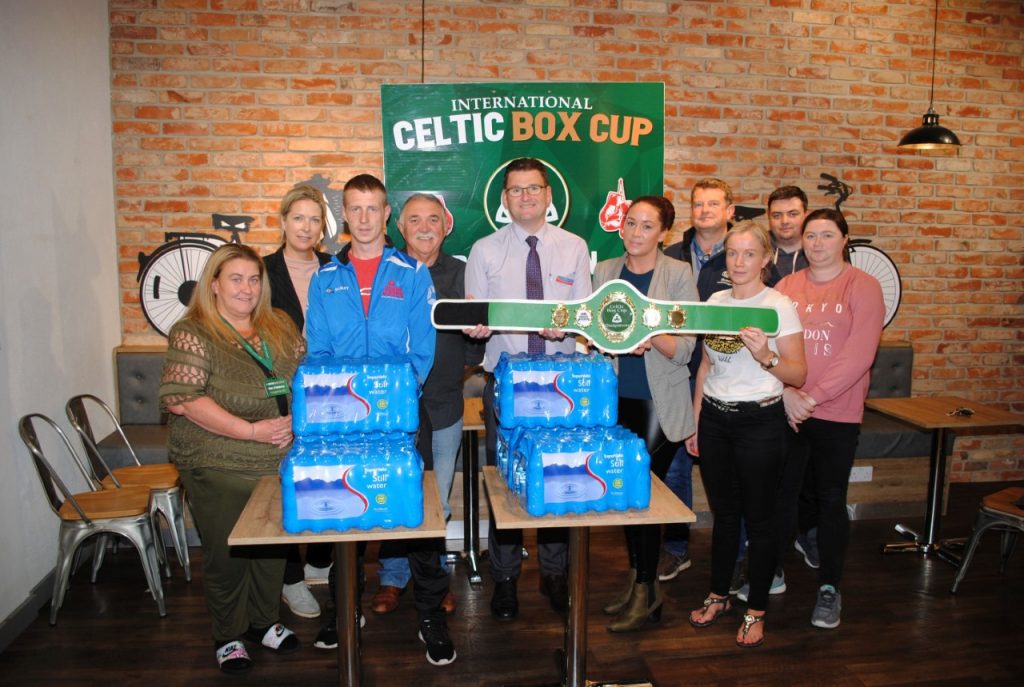 A VERY successful seventh staging of the Celtic Box Cup was held in Dungarvan Sports Centre last weekend with a full complement of 300 boxers taking part. There were many exciting bouts over the three days with some of the best and upcoming young boxers in town for the occasion.

These included boxers from all over the island of Ireland and Britain, as well as top class fighters from Portugal who brought four teams; two from the USA and three from Canada with three officials from India, which makes it a truly international competition. Over 1500 bouts were contested over three hectic and exciting days with the finals running well into Sunday evening.

It was a feast of boxing which attracted good crowds throughout and the Sports Centre was buzzing with excitement for seven or eight hours each day. The Two Ring competition was relayed live on YouTube and seen all over the world.

Many elite boxers came from across the world using the Box Cup as a stepping stone on the qualification route to the Tokyo Olympics. The tournament was Officially Opened by famous World Champion boxer, Paul ‘Silky’ Jones, from Sheffield, Jones boxed at Welterweight, Light Middleweight, Middleweight, and Super Middleweight divisions and won the World Light Middleweight title in 1995.

The Celtic Box Cup Belt for winners has become a sought after prize and there is a photo on many a sideboard across the world with a boxer sporting the coveted Celtic Belt.

At the end of the hectic three day schedule, a weary but very satisfied Club Secretary, Gerry O’Mahony thanked the many individuals, sponsors, clubs, boxers and the public for combining to make it a most successful event for the Club and for the town.