MUM’S THE WORD: I Swear to God… 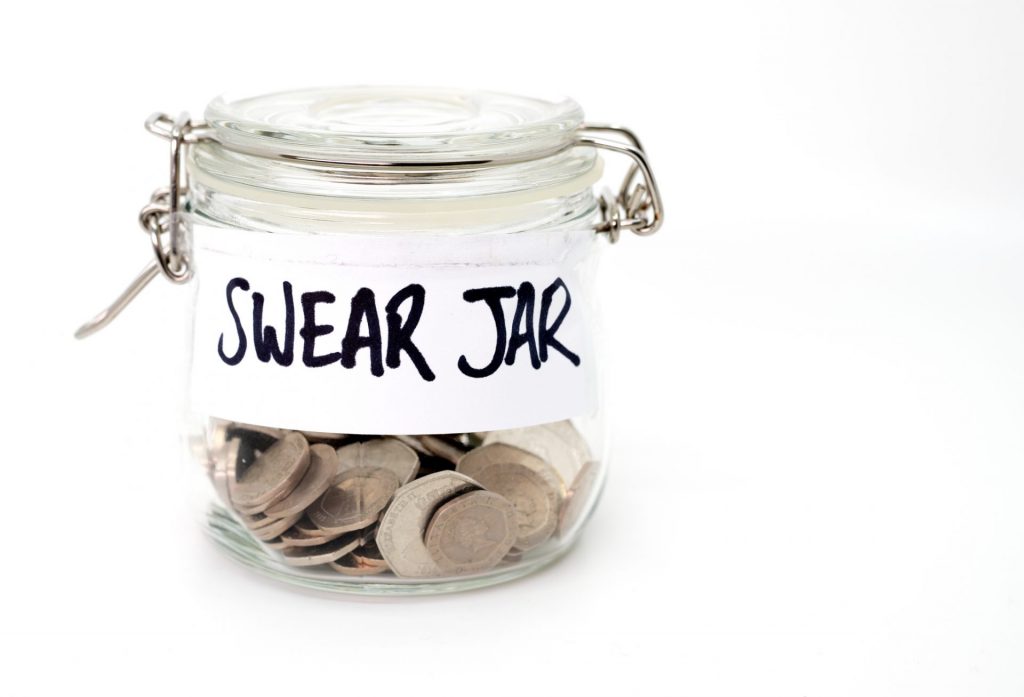 ONLY I don’t. Not really. Well, only in the car. But that doesn’t count. Choice vocabulary in the car especially when you’re on your own definitely doesn’t count. And anyway, it’s like the proverbial tree falling in the forest. If there’s no one there to hear it, am I actually saying it out loud? But in other areas of my life, I am more disciplined and my mouth more controlled. I would like to think so anyway. But I am in a minority here it would seem. Everyone else on the planet swears away happily. And swears often. And at full volume what’s more. In every walk of life I hear it. The use of inappropriate language is becoming the norm.

Why are we getting so immune to the use of bad language? It used to be the case that a swear word was whispered in near silence. People would stop and stare if someone uttered obscenities out loud around children, and you would rarely hear it spoken in the workplace. How things have changed and changed utterly. Now it’s the children who are swearing aloud and nobody is challenging it. It has permeated into the very heart of their being and has become ingrained into the fabric of their speech. It’s more unusual now to listen to a conversation between groups of young teenagers and not hear them pepper their sentence with a few choice words or phrases. They’ve become totally immune, and in this day and age, we can’t promise to wash their mouths out with soap if they do it again, but nor can we high five our filthy mouthed toddlers and send them back to play school either.

I don’t consider swearing inherently bad really. It’s quite normal and can be an effective technique for anger management and stress relief. But there is a time and a place, and I have to admit to cringing when I hear young children let off a string of expletives unchecked. They are too small to understand the power behind these words and what they are really saying. But that’s the thing. If people are going to consciously swear they should really know and understand what the words actually mean. Knowing the definition of every curse word takes away some of their strength and authority and of course can help them be used in the right context. But probably best to not overdo it. If the swear words must be used they should enhance and not detract from whatever message is being sent. If all you can hear is profanities then the message is lost. Now of course there are some words and phrases that are so offensive that they should never be used. The same goes for derogatory terms for any race, religion or sexual orientation. Those words will never be acceptable and I hope to never hear them uttered in my home or by my own kids.

Isn’t it interesting that there seems to be a whole area of the brain that is responsible for uttering these profanities, a specific place where these stubbed-toe expletives originate and totally separate from the area that generates the rest of our speech? For many its more than just a habit, it’s an unconscious way of life and an uncontrollable way in which their brain functions. Someone with Tourette’s syndrome for example shouts offensive slurs and obscenities without ever meaning to. It’s just how they work.

But, if you choose to pepper your speech with choice words then you have to expect people to be offended. Some are immune but some others are not and it’s up to you to know the difference and judge your audience. Personally, I think I’ll try to keep it to the car because as I said, that doesn’t count… shh Mum’s the Word.

MY friend told me the story of her little one who began a Monday morning in floods of inconsolable tears because her drink was too wet. Then she promptly began to eat a tissue in the hope of mopping up said wet drink. Honestly, I think this little child needs to go back to bed.

Did you ever hear of a toy jail? When you need to tidy up a little and want to encourage the children to pull their weight all you really need is a large plastic tub and a permanent marker to get your point across. Scribble “Toy Jail” across the lid and when things are left lying about in they go to the toy jail. They will be released on bail when a selected chore is performed.