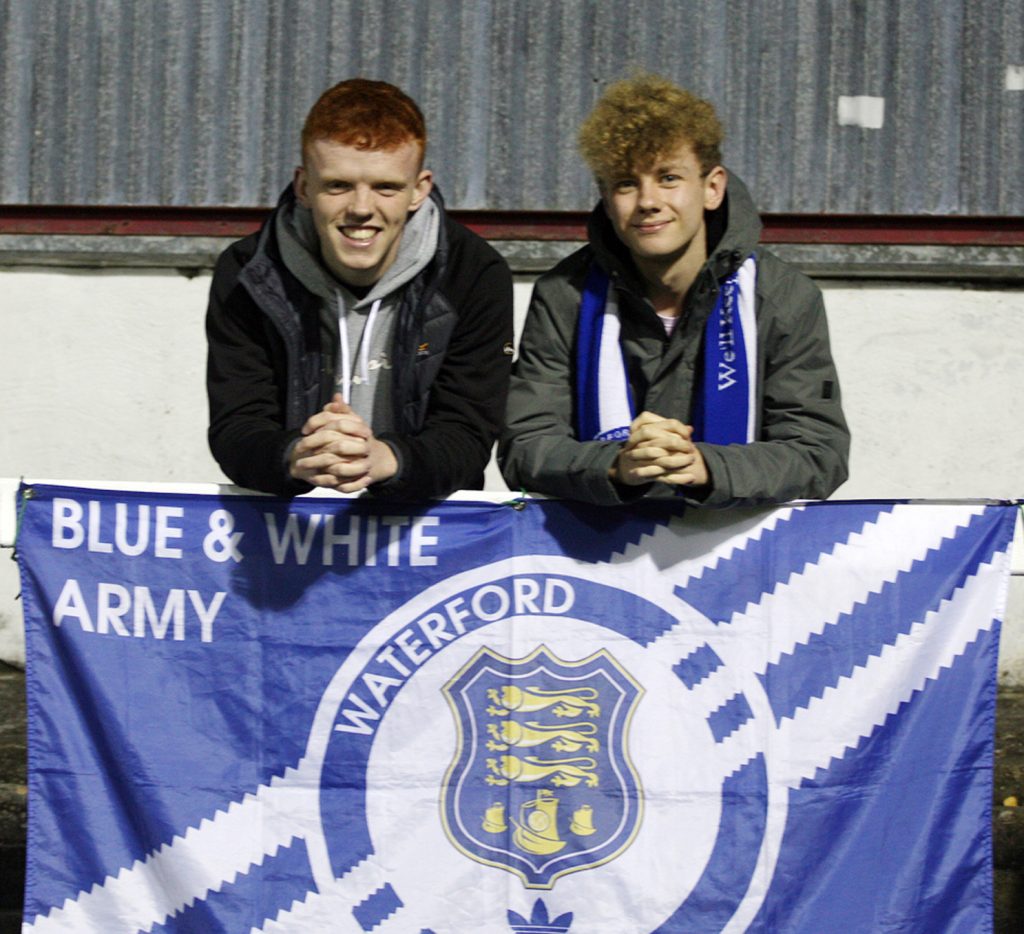 Blues fans at Richmond Park on Friday night to see their side pick up another great win on the road. Tonight it’s back to action at the RSC. Photo: Paul Elliott.

The Blues’ trip to Richmond Park on Friday night resulted in a 2-0 win over St Patrick’s Athletic.

Striker Michael O’Connor struck either side of half time to ensure another three points for the Blues in the capital; from the penalty spot after 6 minutes before a brilliant 81st-minute header sealed the points. Alan Reynolds’ side have lost just once in the last five league games, and that to champions Dundalk 1-0. The recent results have included a draw against Derry City and wins over Cork City, Bohemians and St Pats.

The sides have played out three draws this season so far; two 0-0 draws in The Showgrounds and a 3-3 draw in the RSC.

Managers View: Speaking to WaterfordFC.ie ahead of Tuesday clash with Sligo Rovers, manager Alan Reynolds said: “We’re coming into the game on the back of a good recent run of results and we want to keep that going. Last Friday was an excellent performance in Richmond Park. St Pats were pushing for a European spot so to win 2-0 was great for everyone. We started really well and scored nice and early to settle us down. We could have got another one or two early but we kept playing and scored another really good second goal.

“We’ve recovered well since Friday’s win and we’re looking to keep the good performances and good results coming. There’s been nothing between ourselves and Sligo this season in the three games and I think this game will be the same, we just need the same intensity and work rate and we’ll give it a good go.”

Zack Elbouzedi is on international duty with the Republic of Ireland U21s. Kenny Browne continues to miss out while Michael O’Connor is 50/50.