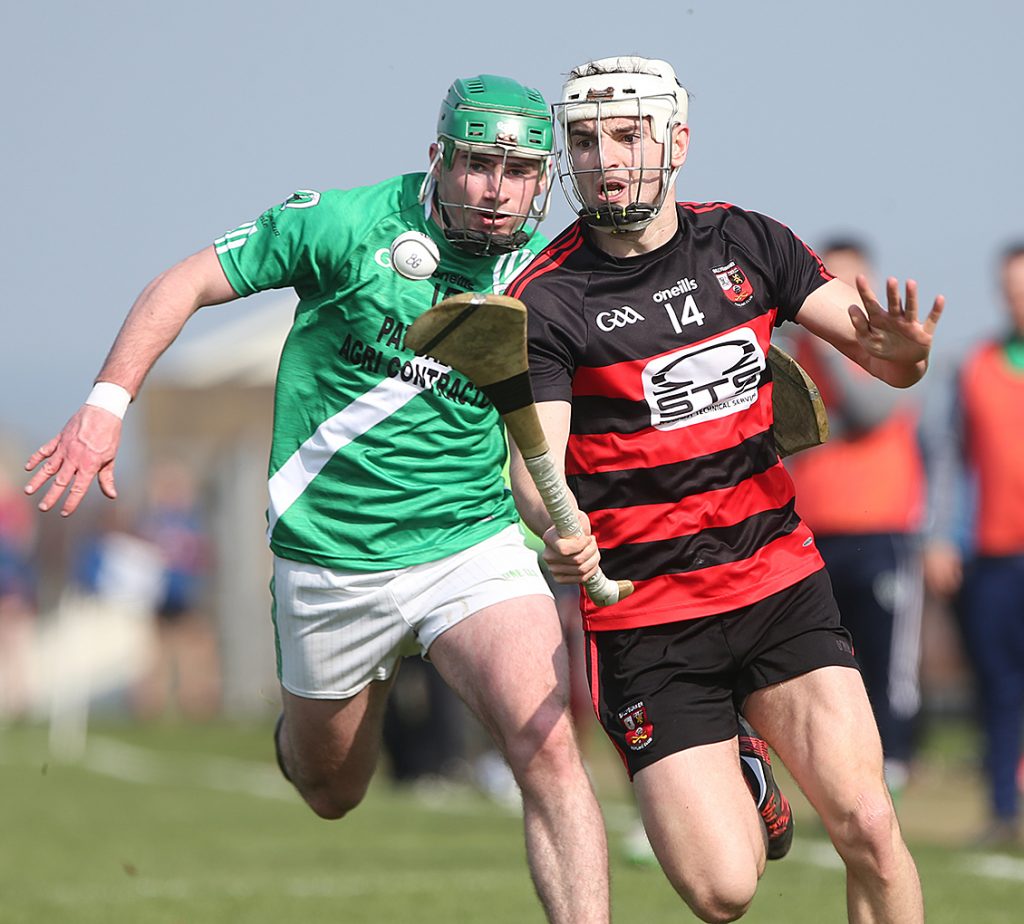 While Dessie loved his time as a professional footballer, he’s loving life as the focal point of the Ballygunner attack. Photo: Maurice Hennebry.

Dessie Hutchinson played for Brighton & Hove Albion, Waterford FC and the Republic of Ireland but is back in his happy place now. Hurling with Ballygunner and football with Gaultier.
“It’s a new lease of life for me, something I haven’t had in a couple of years. I wasn’t going through the motions but I was somewhere I didn’t really want to be for a while. To be back playing with my best friends, around the family, brothers, everything, it’s great.”
The 22 year old admits that he fell out of love with soccer after five seasons with Brighton & Hove Albion and one with Waterford FC. He left Waterford Bohemians for Brighton at sixteen. And would do it all over again. “I loved it over there, I don’t have any regrets.”
In September 2017, he played 120 minutes against Bournemouth in the third round of the Carabao Cup alongside Jayson Molumby from Cappoquin in midfield. His final year turned sour however. “It’s a tough world to be in at times. Coming into the last year of my contract, I knew that I wasn’t going to be a regular in Brighton’s first team. I knew that I had to move on somewhere, where I didn’t know. There wasn’t loads on the table over there, it was a similar enough standard to coming home. I said ‘look I’ll come home and see how that goes’. I
decided to come back but it didn’t work out. I’m probably glad it didn’t work out because I’m probably the happiest I’ve been in a good while.”
It was hard to go over at sixteen but it was even harder to come home again in his early twenties. “While I was over there, a lot of people had big expectations for me to go on and be this famous footballer from Waterford. None of that was in my head. Then, you’re coming back and people are looking at you as a failure or something like that. It was tough to get over that for the first while. Once you’re around your best friends and family and playing with the clubs, you can’t ask for any more.”

Home Comforts
Ballygunner and Gaultier always welcomed him with open arms. “When go you back into the clubs, there’s no mention of soccer, you’re just one of the lads again. I knew my comfort was going into the two clubs. I was never looked at any differently and it was great.”
He appreciates the warmth of the GAA dressing room. “It’s like a family and it’s something that I haven’t had. When you’re over in England, you’re always competing against the fella next to you. You want him to do bad and he wants you to do bad. It’s not nice at times. Then, you go into a dressing room like Ballygunner and there’s lads willing to die for you. I know the fella beside me has my back and I’ll have his back.” 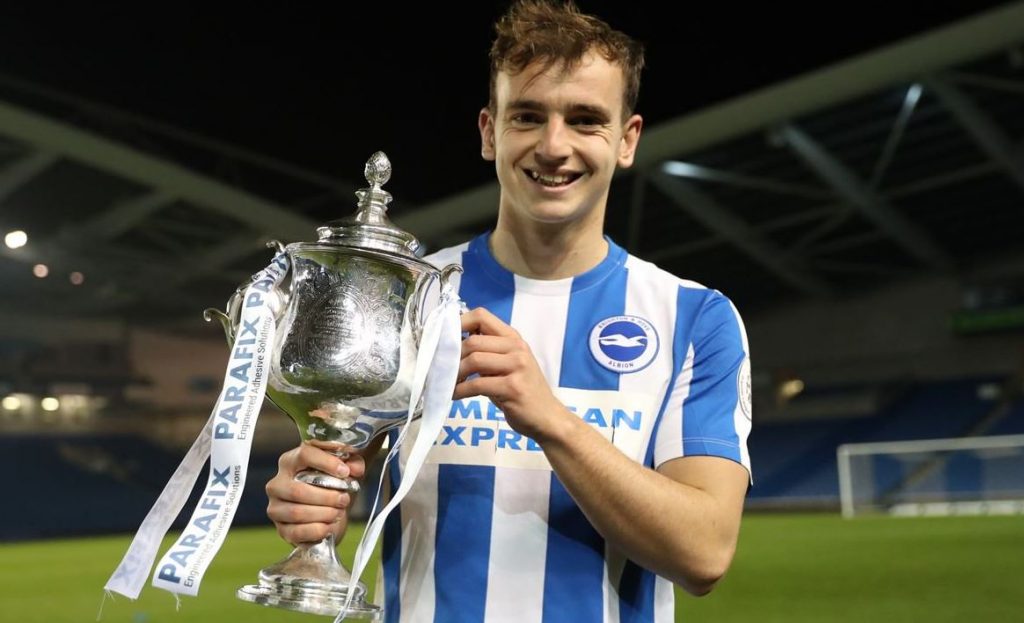 Talent
His talent with the small ball was evident from an early age. He hurled for Waterford up to under 16 level. The corner forward goaled in the 2010 Tony Forristal final against Kilkenny when Patrick Curran went on to lift the cup. Hutchinson won a Dean Ryan with De La Salle College in 2012 and played Harty Cup alongside Austin Gleeson, Shane McNulty and Mark O’Brien.
He returned to club training in the build-up to the Munster semi final against Ballyhea. “I was dying to get back in. I wasn’t playing with Waterford at the time. I just wanted to be doing something different. I was training away and to be around that sort of environment was unbelievable. Never did I think I would get back playing fully or anything like that.”
Hutchinson got up to speed with his team mates. He had no other choice. “They were at that stage of the year where they were absolutely flying so there was no time to mess around, I had to get up to it quickly. When I was playing soccer, I was always messing around with a hurley. Thankfully, my touch is quite natural and always has been. The physical side probably took more time to get used to more than anything. Soccer is becoming a non-contact sport!”
Gerry Fitzpatrick in the Waterford football set-up and Shay Fitzpatrick in Ballygunner have helped him in that respect. He didn’t make the matchday squad for the All Ireland semi final against Ballyhale Shamrocks in February but he wasn’t far away from Fergal Hartley’s thoughts.

Football focus
Benji Whelan drafted him onto the football squad during the league. His brother JJ was part of the negotiations and Dessie accepted the invitation.
On his league debut at home to Antrim, the two of them were involved in the winning point for James McGrath. He got two points on his championship debut against Clare in the Munster championship. With Gaultier, he nailed a 40 metre free into a tricky crossfield wind in Kill to give them the narrowest of wins over An Rinn.
JJ said during the summer that GAA was his first love. “GAA was his life up to fifteen. Look, the professional career came calling. You have to go and you have to test it. We’d all love to be professional sportspeople. Thankfully, he got to do it for six years. I wouldn’t say it didn’t work out or anything like that. The grá for GAA was always there.”

Rookie year
2019 has been a year of firsts. In April, he got the nod for Ballygunner’s senior championship opener. 2-14 from play in five starts so far, including 2-2 against Tallow, 0-6 against Passage and 0-4 against Dungarvan, has made him Ballygunner’s most lethal attacking weapon.
There’s no secret, just hard work. “When Dessie was on the football panel this year, he missed no training session with us,” revealed Gunners boss Darragh O’Sullivan earlier in the season. “He was at every single training session. He didn’t do the physical side but he did the hurling side. Dessie is coming from a professional background and he knows that to be the best, you’ve got to work hard.”
After seeing Wayne and JJ win county and Munster medals, Dessie would like a piece of it now. “I want a county medal up in the house myself, I’m fed up of looking at theirs!”