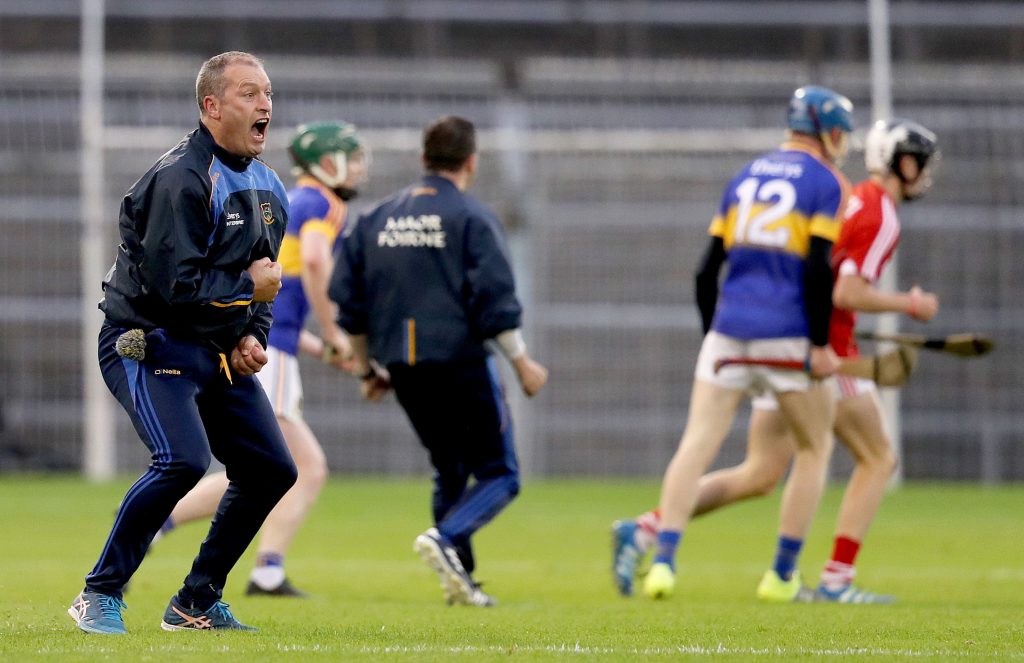 New Waterford manager Liam Cahill is set to sit down with each member of the Déise panel in the coming weeks. Photo: Inpho.

Tipperary hurling has been his life but Waterford will be number one for Liam Cahill over the next two years.
The Ballingarry man, who has guided the Premier County to minor, under 21 and under 20 All Irelands, nailed his colours to the mast in his first interview this week. “I won’t tell a lie, it was difficult to step away from your own. It’s something that I haven’t done before. It’s a natural progression for me. I’ve done what I can at underage level in Tipperary. I see this appointment as a real win-win for both sides, for Waterford hurling and myself. We’ll both challenge one another and I think it will work well for both sides. I want the people of Waterford to know that I’m in this job one hundred per cent. I’m committed to bring this thing to whatever level I can and I’m going to drive it on as hard as I can for the next two years.”
After two short summers and nine championship games without a win, he wants to restore pride in Waterford hurling. “My message to Waterford supporters is that I’m absolutely a hundred per cent committed to doing a good job in the time I’ll be there. I want the Waterford people to have patience initially, I mightn’t get it right straight away. I know it’s a results-driven game. I’m very aware of that and I came into this job with my eyes wide open. I really hope they’ll be looking out at a Waterford team that they can be proud of, that represents what Waterford hurling is about, that has standards and that respect and love the Waterford jersey. I can’t guarantee silverware but I can guarantee that Waterford people will have something to have really look forward to and have a team to be proud of in 2020.”

One boss
The 1996 All Star is known as a straight shooter. It will be his way or the highway during his tenure. “I’d be a guy that would be fairly direct with his players. Players will always know where they stand over my reign as manager. There will be no mixed messages or crossed wires. Everybody will be singing off the same hymn sheet. If not, there’ll be consequences. That’s the way it operates. There can only be one boss at the end of the day and that’s me. We’ll just have to see what way players react to the type of style I have.
There’s plenty of good hurlers in Waterford, I’m absolutely convinced of that. If I’m looking across at guys that are working really, really hard, they mightn’t be the most talented players out there but if they’re prepared to die with their boots on for Waterford they’ll go a long way to ticking the box as the type of player I’m looking for.”

Easy decision
Cahill was approached by the five-man committee about the vacancy. “I received a phone call from a member of the selection committee. After going through the process, I was really encouraged by the manner in which that selection committee went about their business. For me, they asked all the right questions. The decision was an easy one at the end when the opportunity presented itself.”
He hadn’t considered it initially when Paraic Fanning announced his resignation in August. “After Paraic stepped down, no I hadn’t but when I was contacted and explored the possibility, it really excited me. I’m absolutely delighted to have been chosen. I’m going to give this job the respect it deserves, it’s a massive job. It’s one of the biggest jobs in hurling and I’m looking forward to it.”
The chance to manage a Liam MacCarthy outfit was too good to turn down. “It’s a natural progression for me. It presents a brilliant opportunity to challenge myself. The demands are that bit higher obviously than an underage team. It’s a challenge I’m going to really relish. The model that I’ve been working off to date is not going to change a whole lot, it’s going to have all the same principles I’ve had in the past that have delivered a bit of success.”

New brush
Cahill’s panel will be open ended. Waterford are due back in collective training on November 15. “A new brush sweeps clean. It’s open season now. Anyone who feels that they have the desire to play senior hurling for Waterford, I’ll be giving them that chance.”
He will sit down with the players shortly. “I’m going to meet them one-to-one and see where their mindset and most importantly where their belly and stomach is at for what lies down the tracks.”
He also has an open mind regarding tactics. “I’d like to think that I’m touch with the modern game. I’m also very close to the traditional values that are required from time to time. I’m not finished all that long as a player which would have been around the era of direct, man to man and hip to hip type hurling. I’ve been involved with underage coaching for the last number of years and you’ve no other choice but to move with how the modern game is moving. I’d like to think that I have a good blend of both.”
Coach Michael Bevans from Toomevara has been Cahill’s right-hand man since 2014. “He’s a really important part of what I’m about and what we’re about. We work as a team. He has proven himself as a coach but he was really good player in his day: minor and under 21 with Tipperary and captained his club to two county titles, he has eight in total. He might be small in stature but he has the accolades to back up the player he was and brings that onto the coaching field.”

Walsh Park
It will be Liam Cahill versus Liam Sheedy in the opening round of the Munster championship at Walsh Park next summer, a venue where the new Déise boss made his debut in 1996. He scored 1-2, including a volleyed goal into the City End. After regaining home advantage in 2019, he would like to hold onto it. “I’m very hopeful Walsh Park will be the home venue for next year. It’s renowned for being the home of Waterford hurling. We have to make Walsh Park an intimidating environment next year. Every opposition team have to know that they’re in Walsh Park and in that environment where it’s a tough place to get a result.”