“The owner could have sacked me” – Reynolds 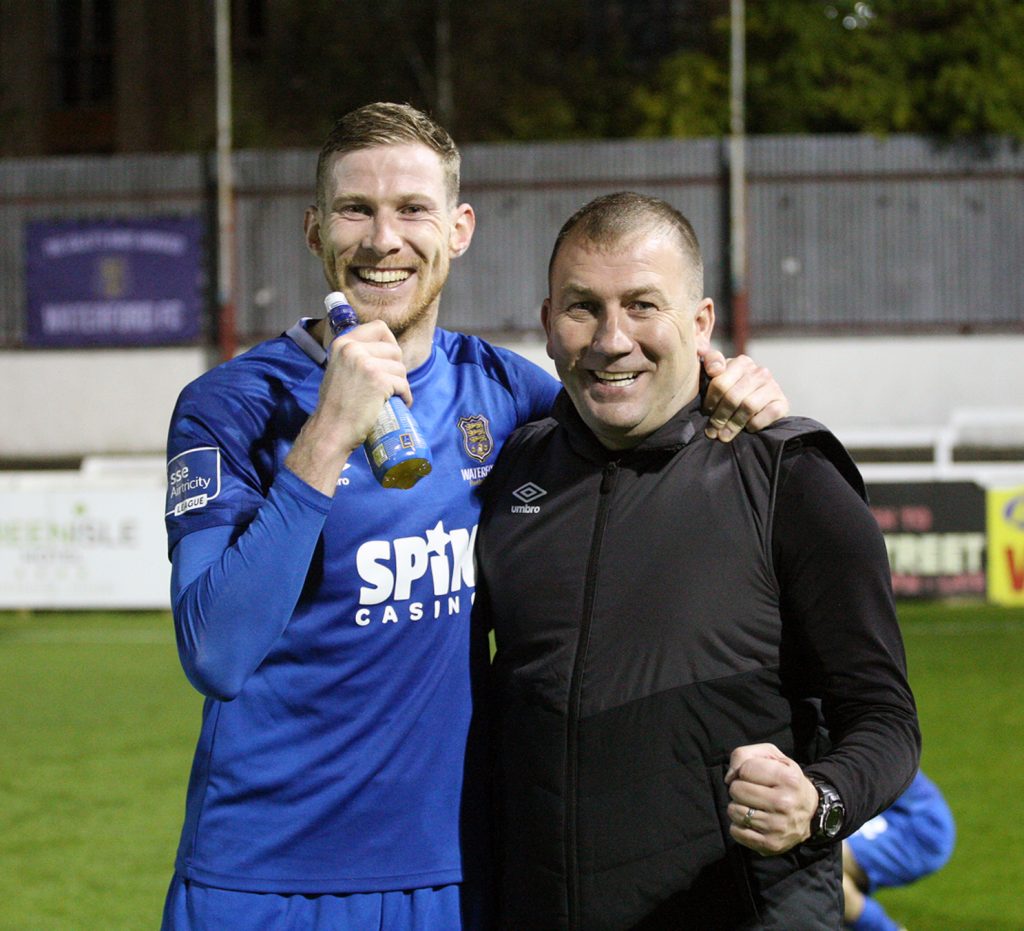 Waterford FC manager Alan Reynolds was delighted to leave Richmond Park with a second win at the Inchicore venue this season on Friday night. This victory over St. Patrick’s Athletic on Friday mathematically secured Premier Division football for next season.
Although it would be fair to say that we all knew that the Blues were safe after victory against Bohemians two weeks ago, the Blues boss was just pleased to get the result that meant after a horrid season where he could have “sacked” that he secured top flight football.
While he still remains in the dark of plans for next season, there was just a sigh of relief after two goals from Michael O’Connor ensured a 10th league win of the season as the Blues moved onto 37 points with three games remaining in the division.
Speaking after the game, the Blues boss said, “It was a really good performance from us, and we prepared well for it. I know that they are a decent side as well, but I thought that we just came flying out of the blocks from the first whistle.
“I thought that we looked focussed and could have been two or three goals up. I felt that they were in disarray at times. They did have some possession at times, but I thought that the way we started the game that we were more than deserving winners here tonight.”

EXCELLENT FOOTBALL
“In fairness I thought that we played some excellent football early in the game and it was end to end stuff. We were hoping that we would get the second goal. We played on the front foot and we have attacking players like Zack, Walter, Michael and JJ, who played in a more advanced role.
“We’re encouraging that. We’re encouraging getting balls into the box and getting bodies into the box as well, so it seemed to work. They did have a spell of possession and I said it to the players that we were going to have to be good without the ball. “I thought that we could take care of it more on the counter and hurt them more. I knew that they would have a spell, but I thought that once we got over that 15-minute period, we picked them off at times. It was a good performance and we’re happy with it.
“The second goal was crucial. It was a great goal. Brilliant vision from Shane Duggan to spot Sam Bone, who put in a brilliant delivery for Michael to finish. I thought that maybe Michael could have left the one before it to Shane Duggan, but it was a greedy striker as they say. It was great to see him getting two goals tonight.
“He is a good player. He is a bit like Sam and Walter. They are only getting fit now after not been with us and that’s why we are hitting a bit of form. I wish the season was only starting for us to be honest. It has been tough going for us.
“I think that the mid-season break killed us. We didn’t play for five weeks and it upset the whole thing. We lost a heap of players, we had to bring more in and we’re only starting to see it now that things are coming together for us so in that regard, I wish it was only the start of the season now.

BIGGEST ACHIEVEMENT
“We are getting used to playing with each other now, we are getting fitter and you are seen in that in terms of performance levels and results. I know what I want from them and if I’m honest I’d like it to continue now so hopefully it will continue against Sligo (tonight). We are four points off Sligo and our aim at the minute is to try catch them so hopefully we’ll be able to give it a real go.
“I said that if I could keep the club in the Premier League that it would be one of my biggest achievements in football and I’m delighted that I’ve managed to do it. It has been a difficult time for me, and it has been really challenging.
“To be fair to the owner, he could have sacked me at any stage as well because there was a stage there when we were having some poor results, but he stuck with me. I have to say that it was a big learning curve for me, and I’ll be better for it.
“I don’t have anything more to say right now on next year because I don’t know.”