More than 1 in 10 fires started maliciously this year 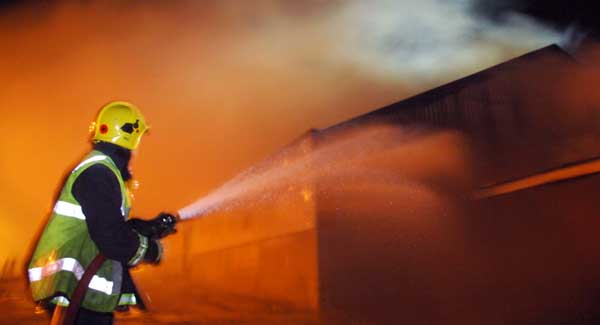 New figures show that more than one-in-10 fires were started maliciously last year, while almost 15% of all fires attended by the fire brigade in 2018 were linked to issues with chimneys and flues.

New data published by the Department of Housing showed a total of 15,330 fires attended to by fire brigade units last year, although that tally does not include any figures for the Dublin City Council area.

Of all the other local authority areas, Cork City Council had the highest number of fire-related incidents in the country last year, at 1,459 – more than 300 more than in 2016. Of that number, 1,397 were deemed to have an unknown cause.

In contrast, Cork County Council had the next highest number of incidents attended to by the fire brigade last year, at 1,165, of which 598 were deemed to have an unknown cause.

The figures for Cork county showed 258 fires deemed to have started as a result of chimney/flues/soot/hot ashes, compared with just two fires in the city found to have started the same way.

The burning of rubbish resulted in fire brigades being called to attend 934 fires across the country for which figures were returned, while smoking materials were found to be responsible for 198 fires, with 232 fires started as a result of cooking and cleaning and 224 fires starting because of electrical equipment.

Some 83 fires were started because of matches or cigarette lighters. The figures come as authorities both north and south are publicising National Fire Safety Week. On average 32 people die in Ireland each year as a result of fire, the vast majority of which are house fires.

According to the Department of Housing, both the very young and the elderly are particularly vulnerable and account for almost half of the domestic fatalities.

Additional figures published by the Department of Housing show 6,259 inspections were conducted last year under various pieces of legislation, but just 65 Fire Safety Notices were issued, of which 50 were confirmed.