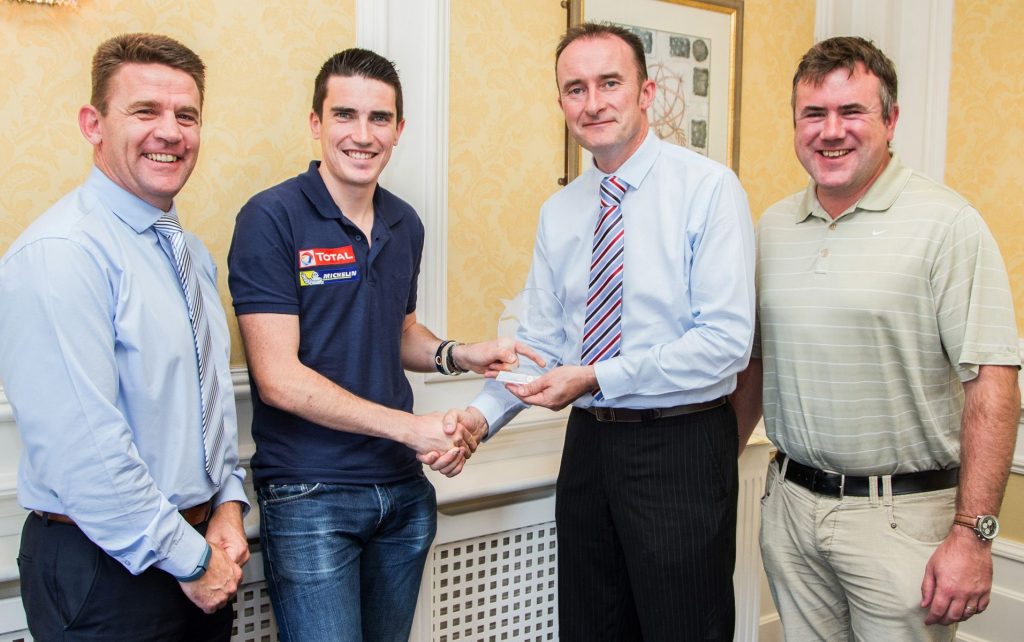 The good ones always come back.
It’s not easy to win a Park Hotel Waterford Sports Star Award. The competition each month is fierce and you have to do something special to get the call. But we always say that that the good ones come back time and time again. One man that definitely fits into that category is Waterford rally driver, Craig Breen, who has been named as the August Park Hotel Award winner

A SUPER MONTH
It was a great month for the Ferrybank man. He made his return to the World Rally Championship when he drove for Hyundai at Rally Finland. He finished an excellent seventh overall. He actually was in sixth but incurred a penalty so his team-mate could overtake him into sixth, for the good of the team.
He then came back and won the Ulster Rally. It was he and Killarney co-driver, Paul Nagle’s, fifth win from six races in this year’s Irish Tarmac Championship and they won the overall championship title (for the first time) with a round to spare.
It has been a topsy turvy 12 months for Breen after he lost his drive for Citroen in the World Rally Championship last December. But instead of feeling sorry for himself, Craig has bounced back in style competing all over Europe, including five rounds of the Irish Tarmac Championship. He has also been picked up by Hyundai to compete in a number of rounds of the World Rally Championship including the recent Wales GB Rally.
This is Craig’s seventh monthly Park Hotel award and he joins some illustrious compatriots on that number, namely Olympian Ciarán Power, athletics star Kelly Proper and multiple group one winning jockey, Tom Queally. Craig is also a former overall winner.