MUM’S THE WORD: A Crying Shame 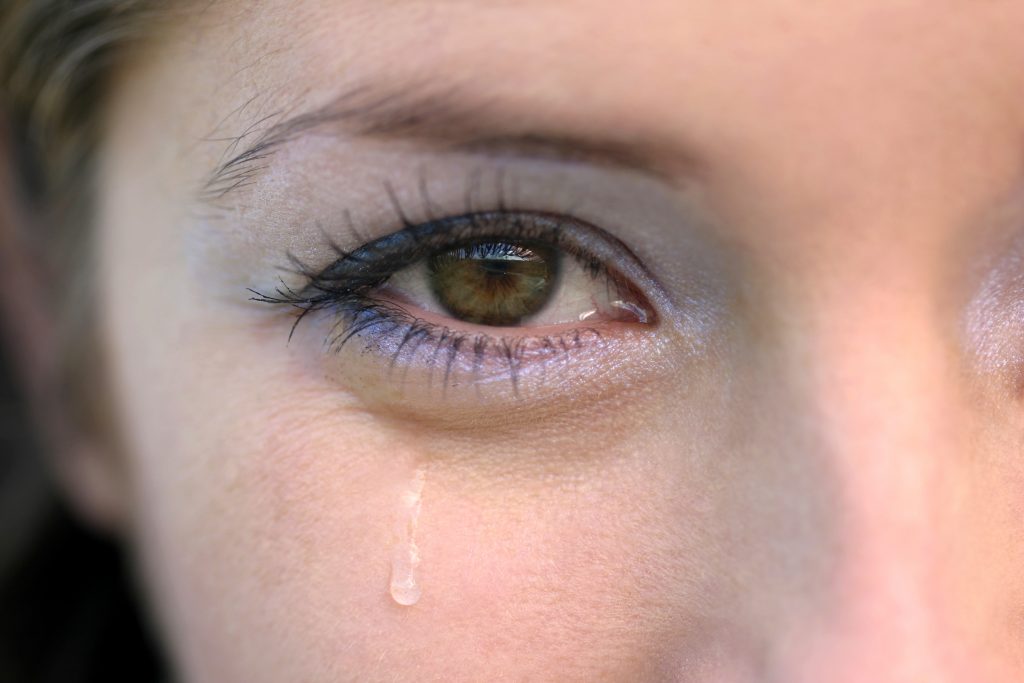 ARE the female species biologically predisposed to cry, weep and bawl more than our male counterparts or is this a total myth engineered by society to make our menfolk appear stronger, more in control and less vulnerable? Have both the sexes been socially conditioned to react to situations in a particular manner or is it literally in our genetic makeup?

To quote movie star Jude Law in one of his movies The Holiday, I am a “major weeper”.  Hands up I’ll admit it. I have been known to weep copious amount of salty tears at an advert, while watching television, at various movies, watching friends getting married and occasionally for no reason at all. These are emotional, cathartic tears. But of course there are also the endless tears that are shed while chopping onions. Whether this is because I am on dinner duty or because of the natural acidity of the onions is open for debate.

Historically, the perception of tear shedding and crying in general is that it is mainly a feminine pastime. Women cry over men, over a broken nail, over a missed bus.  Men, on the other hand, are rarely, if ever, seen crying and certainly not in the public domain. Society has taught them that they need to be strong and suck it up. But isn’t it interesting to note that prior to the onset of puberty there is little difference in the frequency of males and females in tears. This would then suggest that men learn their behaviour through social context post puberty. It doesn’t come naturally, this reluctance to cry.

But thankfully the times they are a-changing. These days, crying is beginning to be viewed as an experience to encourage rather than a sign of weakness or vulnerability. So much so in fact that the Japanese are recommending a good cry at least once a week to relieve the stress of its inhabitants. Lectures are being held and seminars are being prepared with the sole purpose of raising the awareness of the benefits of crying. According to the boffins, we don’t only shed tears because we are sad. In fact we cry because we are angry, overwhelmed, surprised or merely empathetic. All across television now tears are falling hard from the eyes of athletes, politicians and the obligatory reality stars like never before.

I am proud to say I am the daughter of a man who has never been afraid to show emotion and shed a tear or two. In fact he is nearly worse than I am and that’s saying something. But, this has never made him appear weak or vulnerable. In fact, quite the opposite. And he has taught my own three a valuable lesson. He is not afraid of emotion and now I think his grandchildren are not afraid of it either.

Obviously some people cry more than others. Some believe that a good cry is therapeutic and cathartic in itself and others believe that to shed a tear is a pointless exercise that achieves precisely nothing. Whichever side of the camp you fall into, there is no doubting the fact that people who don’t cry tend to experience more negative aggressive feelings than those who do. Bottling up your feelings is even more pointless so there is probably something in this release of emotion after all. Obviously there is a time and a place for all this crying and wailing. For instance, it is probably best not to cry openly in an interview, or perhaps in a parent teacher meeting or indeed while stocking up on groceries. But the suppression of these tears appears to be a crying shame in itself… shh Mum’s the Word.

As parents we are duty bound to stick to our words. Even when they backfire on us. On a recent sunny day a parent threatened to stay inside and not go out should the child refuse to pick up their toys. The child refused so then they had to stay indoors and watch the lovely day from the inside. The little ones need to know that you mean what you say so be careful what you threaten to do or not to do as it may come back and bite you

THERE are three basic lessons we should teach our children. Firstly, home is not place but a feeling. A feeling of safety and security, of acceptance and comfort.  Secondly that time is not measured by the hands on a clock but by moments and memories built as those hands move. And finally, that heartbeats are not heard but felt and shared.