“You can’t beat this feeling” – Mahony 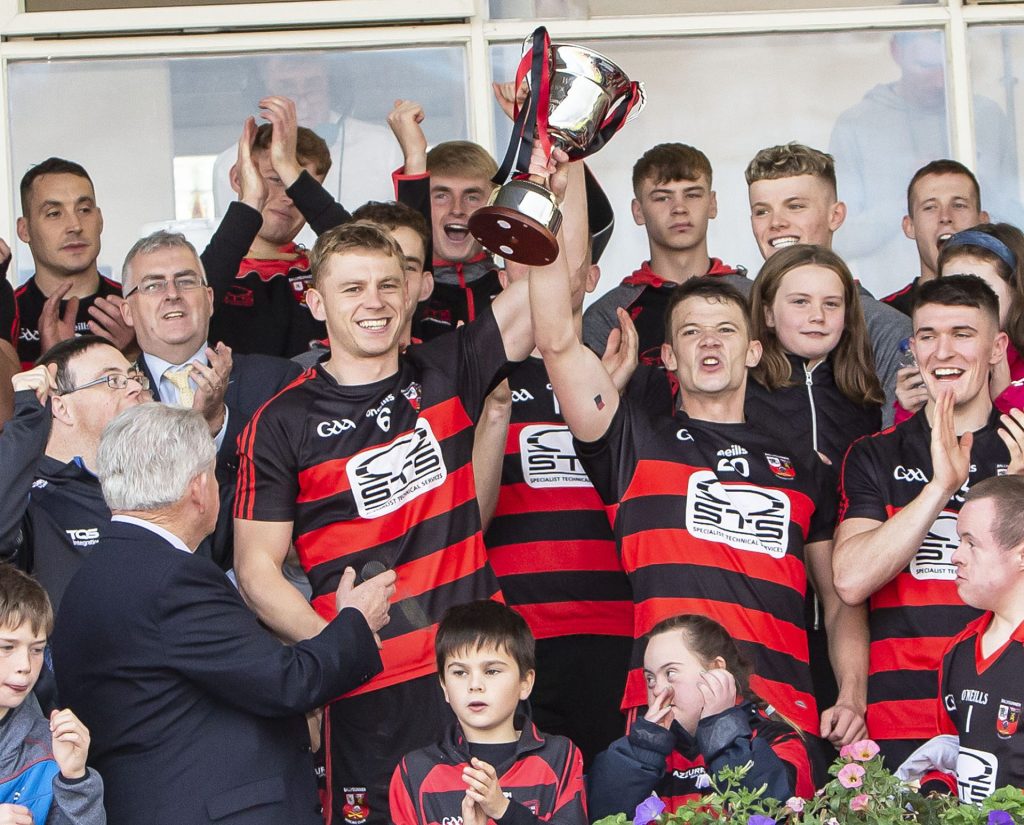 Ballygunner joint captain Philip Mahony never tires of winning county titles. Sunday was his eighth (2009, 2011, 2014, 2015, 2016, 2017, 2018 and 2019).
“It’s irrelevant what’s gone on in the past. We had won it the last five years but we just wanted to be champions in 2019. We did that today and we’re delighted. There were lads in our dressing room that had no county medal. Dessie Hutchinson has been an unbelievable asset to us for the last year or so. He came back from Brighton and to see how good he was today was brilliant. It’s for the likes of Dessie, who has been away for years. He loves Ballygunner and to see how happy he was. You can’t beat this feeling; it’s all about winning.”
The 2013 county final, their last knockout defeat in Waterford, is never far from their minds. “There’s great character in this team. I remember it like yesterday, we were seven points up and Passage got two goals. That has driven this team on.”
The 28 year old knew they wouldn’t have it all their own way against their Eastern rivals. “That was the way it was going to be. We’ve played with loads of those lads. We knew that they were eyeing this game up for the last two years. They were beaten in the semi final last year and we played them in the final the year previous. We would have taken a point victory.”
During his speech, he thanked Darragh O’Sullivan and David Franks for taking on the team after the All Ireland semi final loss to Ballyhale Shamrocks. “It’s crazy the work they’ve put in. They’ve two young families and very busy outside of hurling. The hours the two lads have put in is absolutely crazy. To take on the intermediate team as well and run it the way they have. At the start of this year, we mightn’t have been seen as the most attractive team to manage. The two lads took it full on; they did it together.”
Former Offaly hurler Franks is now an honorary Ballygunner man according to Mahony. “He came into this club three years ago and you couldn’t meet a better man. There’s a place for him in Ballygunner for as long as he wants! He knows this team very well and he’s after taking to Ballygunner. To see his family, to see his kids hanging around all my cousins and to see him down in Jack Meades and how well he has fitted in. It’s super to have him involved.
Darragh’s running his own business but he’s involved with underage teams in the club, the under 19s, the intermediates and the seniors. We’re delighted to get the win for the two boys.”