“I thought it would happen every year” – Looby 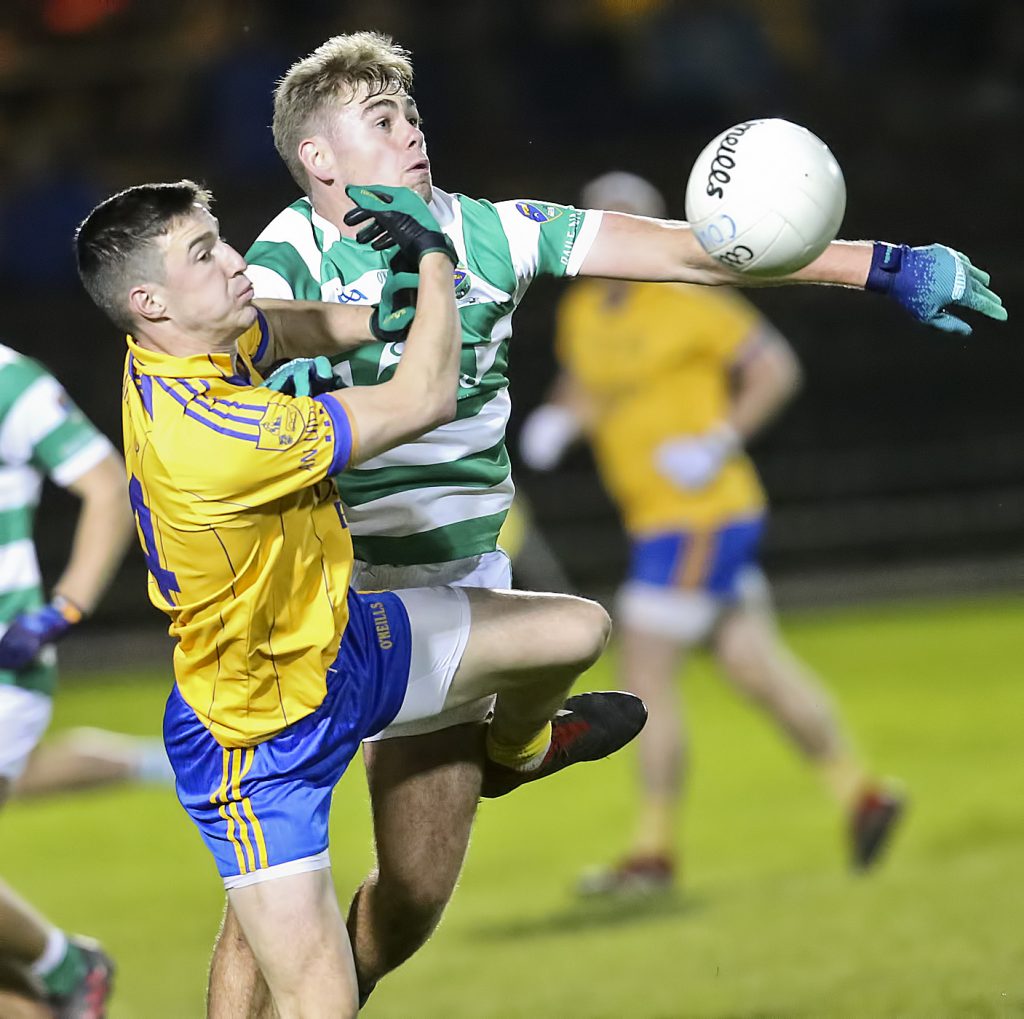 Six years ago, teenage defender Brian Looby didn’t fully appreciate his first senior football medal with Ballinacourty. It was all a blur. Little did he know that the glory days would dry up after that.
“That was my first year playing adult football. It’s almost cliché to say it but I thought it would happen every year. I didn’t really savour any of it. I was just going from game to game and we ended up beating Stradbally in a county final. I took it for granted in the sense that I thought we’d have more days like this sooner.”
He was thrown in at the deep end in 2013, playing alongside his idols like the Hurneys, Shane Briggs and Stephen Enright. “I went from watching them all and being in awe of them to playing with them. That first year, I learned so much playing under those lads. I watched them winning it in 2007 and 2011, it was something I always wanted to be part of. You could see how they drove on a team. I suppose, as you get older, it’s something you want to be yourself, that younger lads can look up to you.”
The current Waterford captain lost his next two finals. He got black carded in 2015 when Stradbally beat them 8-6 under the Friday night lights in Fraher Field. A year later, Nire full forwards Conor Gleeson and Liam Lawlor kicked five points each in an emphatic 1-17 to 0-8 win. Courty haven’t been back since. “We’ve been disappointing in both of them. We’re just hoping to really put our best foot forward and give ourselves a chance of winning.”

SICKENER
A football final appearance was the goal after exiting the hurling championship to a Michael Kiely sucker punch in injury time. “It was sickening the way we lost to Dungarvan. We set a target to try and get back to a county final and get something from the year. We didn’t really want the year to end on that note, we wanted to end on a positive note.”
They got the footballs back out the following Wednesday. “Changing from one to the other, it re-energised us all. I wouldn’t say it was that difficult; we got straight back into it.”
The quarter final against Kilrossanty, two weeks later, turned into an edge of the seat encounter. With Courty up by a point in injury time of normal time, Paul Whyte bore down on goal. Looby scampered across however and managed to divert the ball away for a 45. Josh Kay converted the 45 but it could have been much worse for the Villagers. “He got the ball and I knew he was in. If he was going for a point, he would have kicked it earlier. I knew he was going in on goal. I was deciding whether I would pull him down and take a card and give him an easy free or try to narrow the angle and get a hand in. I bided my time until he tried to play the ball and I just got a hand in. It worked out really well!”
Peter Queally’s men eked it out, 4-6 to 3-5 after extra time, in a game that finished at 10.40. They kept Kilrossanty pointless over the additional twenty minutes. A watershed moment.
After Paul Whyte, it was Conor Gleeson next for Looby in the semi final. The Nire had put them out of the championship the previous three years. Gleeson was held scoreless from play. Should Courty claim their seventh title on Sunday, the 24 year old will be in line for footballer of the year.

DEADLY DAVID
At the other end, younger brother David knocked over seven of his eight frees off the ground. Brian wasn’t one bit surprised. “It’s something he’s always had in his locker. Since he was younger, he was always well able to kick a football. It was great for him to be able to showcase that in such a tight game and in game where we needed it to be done.”
Practice makes perfect for the up and coming forward. “David’s been on frees since under 12 I’d say and been practicing that long. There’s been times in the last couple of under 21 county finals where he has kicked a similar number of frees and driven the team on. It’s brilliant to put them up on the scoreboard. There’s nothing worse than working hard to win a free and it not being converted. It was something we were delighted with.”
With Tom waiting in the wings, three Loobys could be climbing the steps on Sunday.

TEAM TO BEAT
They have felt the wrath of Rathgormack in the past. Brian lost two county under 21 finals to the green and red (2013 and 2015). “We had a lot of trouble with them,” he recalls. “They were always the team to beat when we were between minor and under 21.”
He has played with Conor Murray, the Currys (Michael, Jason and Stephen), Willie Hahessy, Jason Gleeson and Padraig Hunt through the ranks with Waterford and went toe to toe with a few of them. “I would have marked Conor Murray and Jason Curry a fair bit in different trainings.” Another shutout on a top opposition forward would go a long way to securing a long awaited second senior medal.