Bishop warns against Yoga and Mindfulness in schools 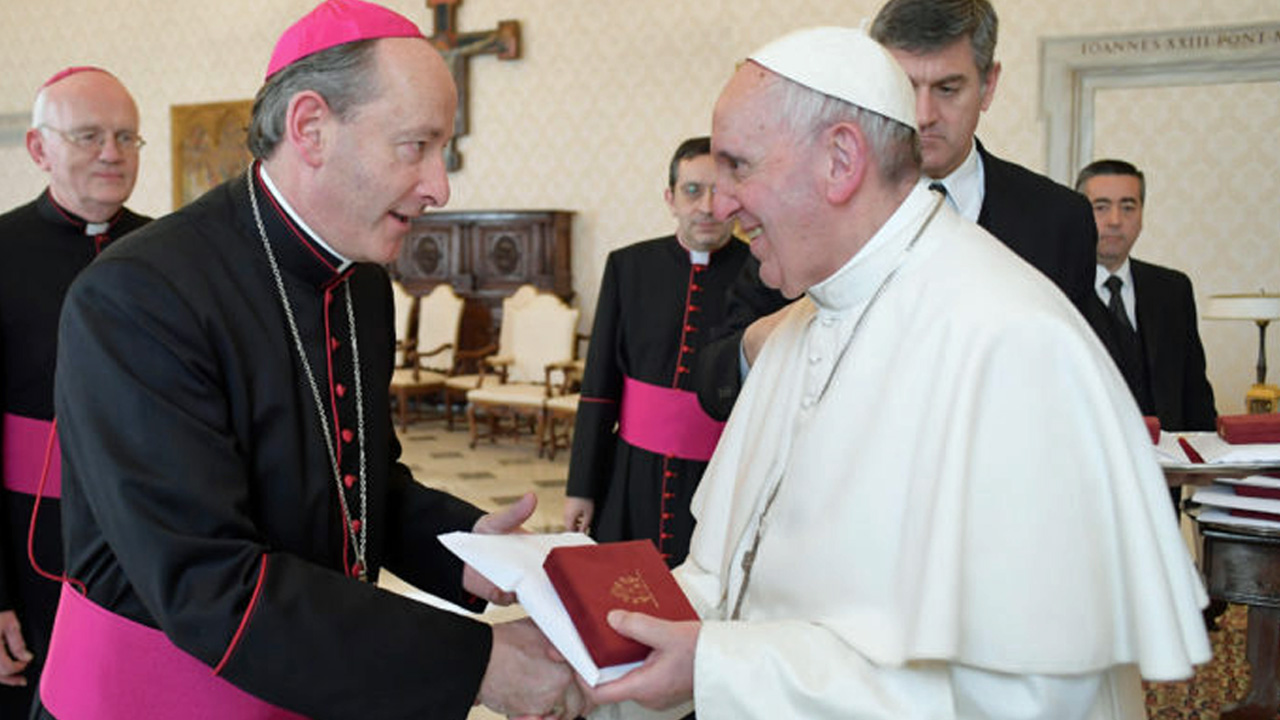 Bishop of Waterford & Lismore Alphonsus Cullinan has written to schools across Waterford City & County warning against the teaching of Yoga and mindfulness. In the letter, which was sent on October 10, Bishop Cullinan said that “Yoga is not of Christian origin” and was not suitable for a parish school setting “especially not during Religious Education time”.

Speaking about mindfulness, he said that it has been practised in the Christian tradition since the beginning but “Christian Mindfulness is not mindlessness but is meditation based on Christ, emptying the mind of everything unnecessary so that we become aware of the presence and love of Christ.”

The Bishop concluded by asking teachers and principals to encourage children to “pray the Rosary” and help them spend time with Jesus in “adoration or in quiet meditation” in the classroom.

The Waterford News & Star contacted a number of schools in Waterford who confirmed that they received the letter, confirmed that both the teachers and the pupils practised yoga and mindfulness at times, but refused to comment publicly about the Bishop’s comments.

Local Yoga instructor John Stokes told the Waterford News & Star that schools need to “forget about focusing on Religion and instead focus on the benefits of Spirituality”.

“Religious studies and Spirituality are not the same and should be kept separate,” John said. “In an age where children are really suffering from anxiety and stress we should embrace practices like yoga, meditation and mindfulness. We should consider having an extra class added to the curriculum. Maybe call it Spirituality Studies.”

According to John “Yoga and mindfulness have been shown to improve both physical and mental health in school-age children (ages 6 to 12)”.
“Yoga improves balance, strength, endurance, and aerobic capacity in children,” he said. “They offer psychological benefits for children as well. A growing body of research has already shown that yoga can improve focus, memory, self-esteem, academic performance, and classroom behaviour, and can even reduce anxiety and stress in children.” 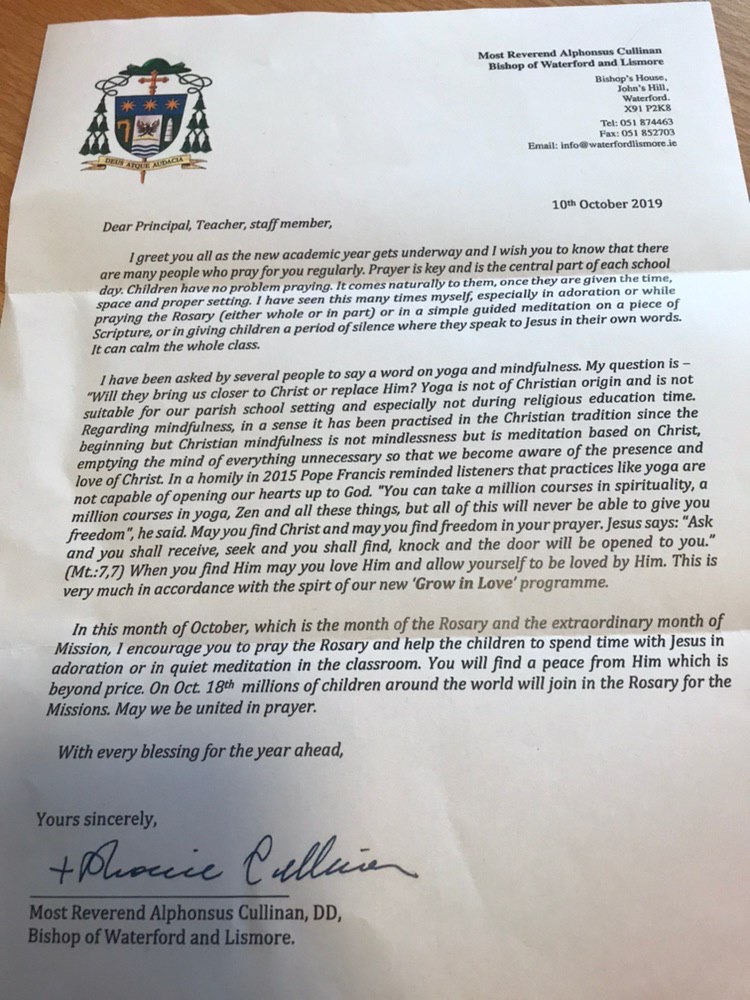 The letter that the Bishop sent to schools last week.