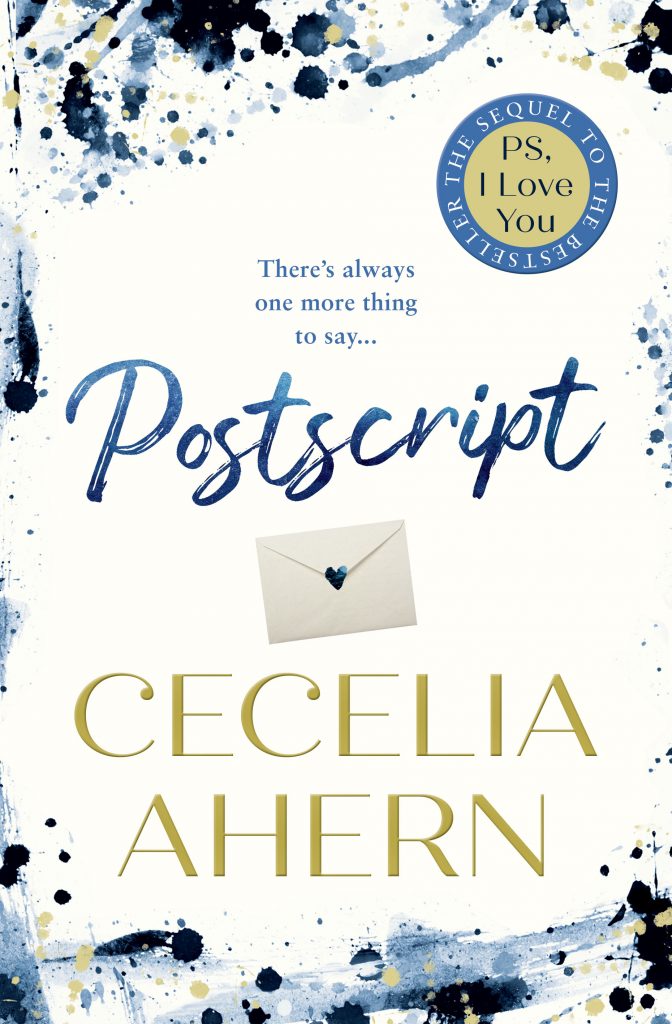 CECELIA Ahern has always shot down suggestions that she would return to the world of ‘P.S I love You’. The worldwide impact from the love story of Holly Kennedy and her husband Gerry was extraordinary and fifteen years later, Cecelia Ahern has finally given us the continuation of their story. It is not necessary, however, to have read P.S I Love You to read Postscript, it serves very well as a standalone piece and the love story painted, together with the raw emotion which develops throughout the novel, makes this a tear-jerker and an emotional investment. It was always going to be a gamble to undertake this sequel and I understand the reservations which Cecelia Ahern had, considering that she risks diluting their original story.

For those who have read P.S I Love You, you will have watched Holly mourn her husband, both immediately following his death and a second time when his final letter was read. Postscript opens with a sense of well-earned achievement as Holly emerges seven years after Gerry’s death, with a new, albeit delicate lease of life. She has found love again and much of her time is spent in her sister’s vintage shop where her days are spent immersed in the curiosities which people give away. Being immersed in those curiosities allows her to touch the threads of memory running through the lives of others, knowing that her own demons have been battled and her own memories safely stowed.

It is when Holly is approached by a group of people calling themselves the P.S I Love You Club that the strength which she spent so long building begins to waver and threatens to completely break down. These people are all terminally ill and, inspired by Gerry’s lead, have decided to leave messages for their loved ones. This plot decision was a very brave one, as it really had the likelihood of reading like an unnecessary sequel, destined to carry on the original plot, but with different characters. Thankfully, this was not the case and the plot decision was justified. Holly had compartmentalised her love for Gerry and, in many ways, Gerry himself as she closed his last letter and painstakingly rebuilt her life. This Club broke down every single supporting pillar of those compartments and forced Holly to re-evaluate the role which Gerry continues to play in her life.

Cecelia Ahern is a reliable author in terms of consistency but I am guilty of forgetting each time, just how intuitive she is as a person and as an author. We have all been affected by grief, we have all drowned and floundered in that grief and we have all attempted to rebuild ourselves after that grief, parking memories behind a wall as a means of self-preservation. Yet a song, a scent, a memory can threaten to tear down those walls, leaving us exposed and in danger of hurting again. Cecelia Ahern tells us, gently, lovingly, that it is ok to grieve and it is ok to nurse those memories and to pack them away for a time. But it is also more than ok to open them up for others, to spread the warmth and the solace which they can provide in order to help others. A love that beautiful should not be closed away, it should be celebrated and shared. She suggests to us that love is timeless, endless and ever changing; moving on does not mean disregarding that love, it can mean allowing it to shape you and soften you, warmed by the glow of memory. I enjoyed this book, I cried, amply but I learned from it and I enjoyed it very much.