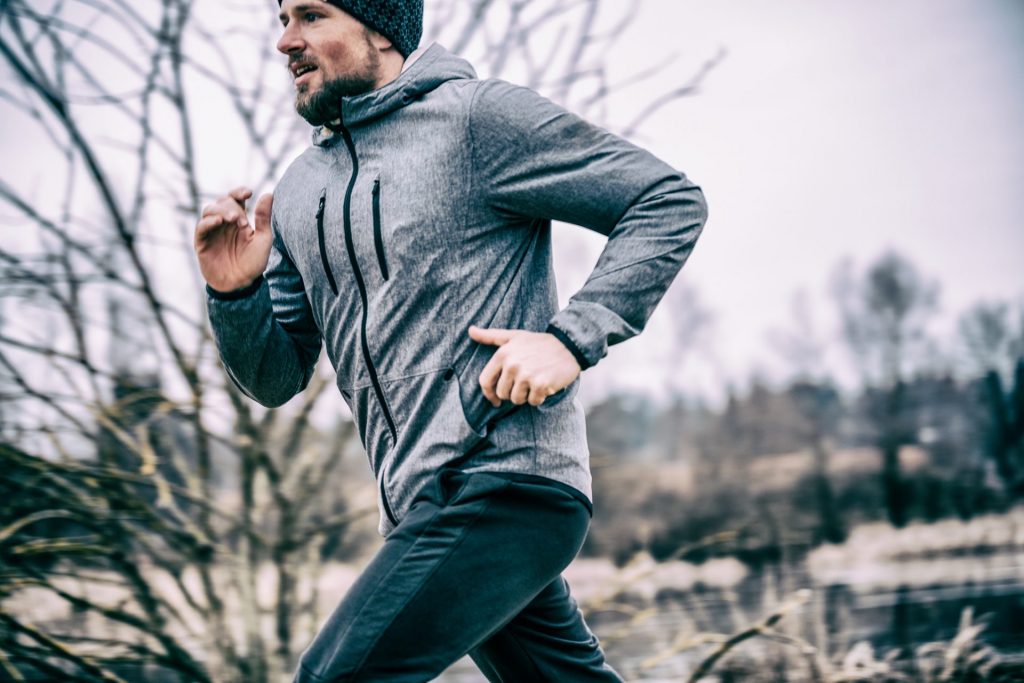 HI folks, Adam this week. I’ve been hearing a bit lately about the difficulties of heading back out into the cold and dark, for the purpose of exercise, after people have gotten home to a nice warm house on a damp and blustery night. What options and ideas are available to help deal with this problem? Let’s talk about it!

You’re more likely to do what you enjoy

The recommended minimum amount of exercise for health (intense enough to get you at least a little out of breath) is 150 minutes a week (World Health Organisation). Anecdotally, the average for people that take part in a sport or exercise specifically for the purpose of exercise is probably between that and about five hours a week. Compared to the other 163 hours that remain, it’s a very small percentage. Once you’re reaching the required level of intensity, what you’re actually doing in that little bit of time isn’t going to change the outcome that much. So lift, run, cycle, swim, dance, kick, punch or climb. Do what you enjoy. Trying to force yourself to do something that you don’t like is going to be that much harder if to do it you have to get up when it’s dark and go out when it’s cold and wet. So takeaway number one: Do what you enjoy and you’ll probably do more of it, even when it’s dark and cold.

I’m a personal trainer/coach and a group fitness instructor, meaning I work one on one with people and instruct group fitness sessions for many more. There are pros and cons to both (and I intend to be transparent about this as I see it). As the title of this section suggests though I want to highlight the group fitness option for the cold mornings and dark evenings this winter.

September is a busy time for gyms and group fitness classes. I heard somebody refer to it as a “mini January” the other day and we all know what that’s like. Part of it is people getting back into routine now that the kids have gone back to school, but another part of it is the fact that the weather is turning and the evenings aren’t as bright as they were even a month ago.

I’m not going to go into detail about all the classes offered at the Kingfisher for fear of sounding like an advert. I will say that I get a good few endurance athletes (runners and cyclists) frequenting my spin classes more so during the dark months than over the summer so if you do like getting out on the road but can’t… this is an option (see above point about enjoyment though).

The only “con” I’ll point out about group fitness classes here, because it’s been on my mind lately, is the difficulty providing options for progressive overload (long time readers… I’ve written about this before) in some variations. It’s very difficult in a class like Spin or Step or BodyCombat to know you’re doing more this week than you did last week (they’re great classes, don’t get me wrong, it’s just if they’re all you’re doing it’s hard to know if you’re actually getting fitter, past a certain point). Fortunately the solution is fairly straight forward: make sure that at least some of the training you do/group fitness classes you attend allow for progressive overload (measurable additional weight, reps, sets or complexity) over last time.

But anyway, takeaway number two: Group fitness classes are a thing, use them, there are enough options for almost everyone to find something they enjoy (see takeaway number one), just make sure you do at least some that allow you to measurably demonstrate progress.

Spread it out between the rain showers

If you can’t get outside or to the gym for a longer workout until after dark now that the evenings are closing in and you find heading out into the cold and the dark hard, never fear. Research published this month concludes that “Collectively our findings suggest that adults are likely to accrue similar health benefits from exercising in a single bout or accumulating activity from shorter bouts throughout the day”, meaning that short bits of exercise throughout the day (getting out for a series of shorter walks between rain showers while it’s still light) when performed at the same intensity gave the same benefits as one longer exercise session (a long walk after dark because that’s when you had the time altogether). So takeaway number three: Fit it in when you can, as long as you match intensity there doesn’t seem to be much benefit to leaving it until late just because that’s the only time you can do it all at once.

At least as much, If not more than exercise. We eat more than we think. We burn less than we think. It’s possible that this is even more the case in the winter months. Big bowls of hot stew instead of salads (it’s not that stew is less healthy, just easier to consume more calories) and more time spent curled up by the fire instead of out being active/exercising. So finally, takeaway number four: If your goals include weight management and you aren’t addressing your nutrition as well as your exercise then you’re missing out on easier wins. Especially as getting the exercise in becomes more difficult due to… well, see the title of this article.