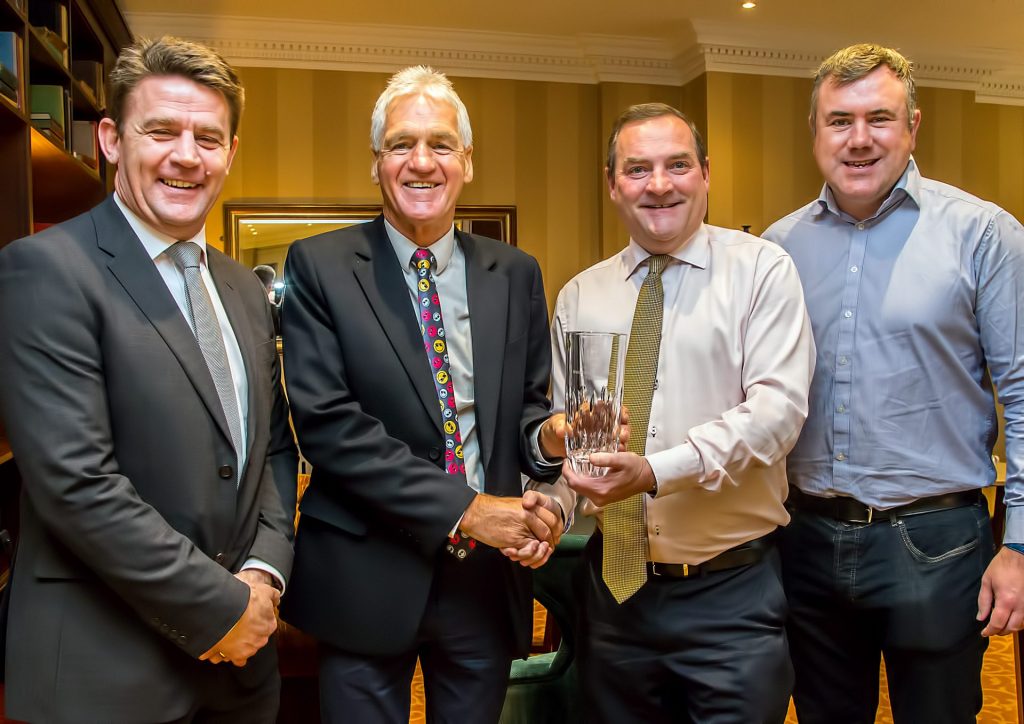 The Waterford Sports Star Awards for September were presented at the Park Hotel on Friday and after a difficult month for the judges to split some brilliant sporting achievements, they decided on joint winners. A first-timer and and familiar face at these awards.
After starring in his role as captain of the Republic of Ireland U-21 soccer team in their European Championship Qualifier wins over Armenia and Sweden, Cappoquin’s Jayson Molumby was a very deserving winner of his first Park Award. Jayson also started twice for Millwall in the Championship during this month.
Receiving his sixth Park Hotel monthly award was West Waterford AC member, Joe Gough. Joe has now joined David Casey (horse racing) and David McCarthy (athletics) as winners of half a dozen monthly awards. The irrepressible Joe has had another brilliant year in Masters Athletics and in September he added two European Over 65 titles to his massive collection of medals in Venice when he won gold in the 800m and 1500m. 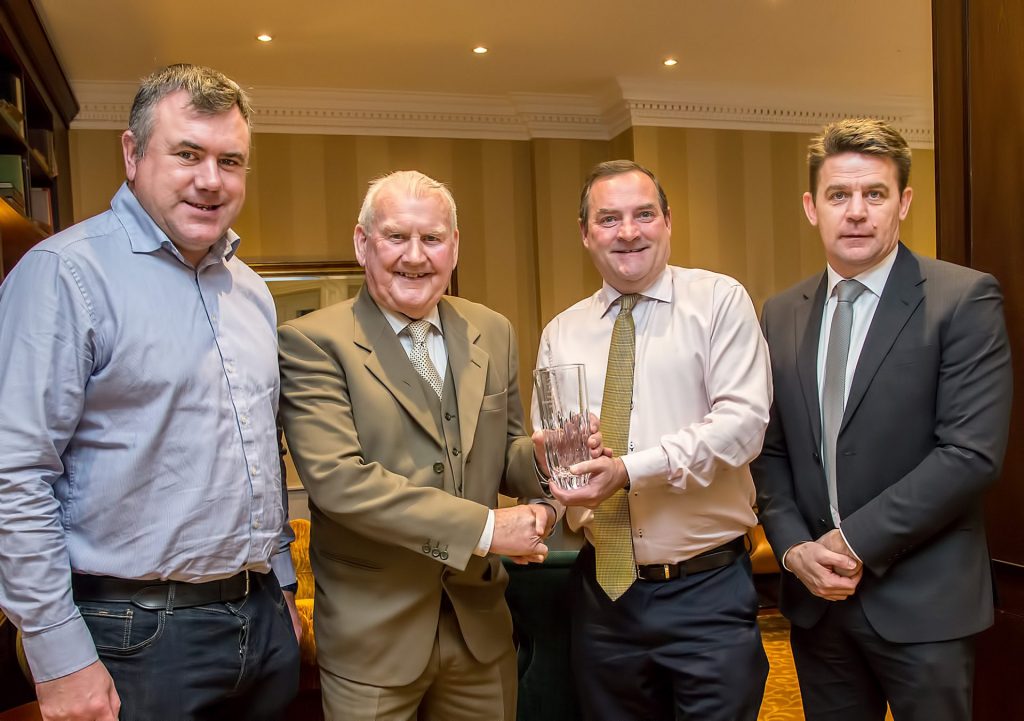 Presenting the awards, Park Hotel proprietor, Pierce Flynn, congratulated both winners on their brilliant achievements in the month of September and wished Jayson well for the rest of the season with Millwall and with Ireland’s bid to qualify for the European Championships and he wished Joe well for next season which he hopes will culminate at the World Championships in Canada.
Paddy Reddy (Jayson’s grandfather) who accepted the award on behalf of Jayson and Joe Gough both thanked Pierce, the judges and all at the Park Hotel for their awards and the beautiful awards luncheon. Neil Gough and Ger Lawton represented the judging panel. Ger paid tribute to both winners (who were joined by family and friends) on their achievements.