Shamrocks out to atone for last year’s final defeat

This Junior Football ‘A’ final in Fraher Field on Saturday night sees two teams in opposition who have been knocking on the door in this championship in recent years. Shamrocks are back in the final having lost out narrowly in last year’s decider in Walsh Park after extra-time while Ballyduff Lower return after a two year absence since they lost a thrilling final replay in dramatic circumstances to Colligan Emmets in 2016.

TESTING WESTERN CAMPAIGN
Shamrocks have come through a testing Western championship that saw them winning four Group games but suffering two defeats to Ballyduff Upper and Old Parish. When it came to the knockout stage however, they turned the tables on both sides, beating Old Parish on a score of 2-12 to 2-9 in the quarter final and following on to score a comprehensive 1-16 to 0-5 win over Ballyduff Upper in the semi-final.
The Western final proved to be a tempestuous affair as the defending champions were held to a draw by Geraldines but in the replay two weeks ago Shamrocks came through with just a point to spare. It has been a bruising ten game championship for the Knockanore side who finished the Western final with a few injury worries and they will be hoping that the two week break will be enough to see them fielding at full strength on Saturday. They have some outstanding footballers in Tom O’Donovan, Shane Roche, John Paul Lucy, Colm Roche, Stephen Lucy and Bernie Kelleher who, like the rest of their team mates will be going flat out on Saturday to put the disappointment of last year behind them.

EASIER PASSAGE
In contrast to Shamrocks’ campaign Ballyduff Lower are in this final having played just four games. The Eastern championship was run in two groups of four which meant that Ballyduff had just three Group games in which they beat Dunhill and St. Mollerans but conceded a walkover to John Mitchells. In the quarter finals they were due to face Erins Own but the city side were unable to field and so Ballyduff proceeded to the semi-final in which they defeated defending champions Mount Sion on a score of 3-15 to 1-8. They were rated strong favourites to defeat John Mitchells in the final but had to pull out all the stops to come away with a 0-12 to 1-7 win.
Ballyduff Lower will field many of the side that came close to pulling off a Junior Hurling and Junior Football double in 2016 with players such as goalkeeper Adam Carroll, Bryan Power, Cormac Dunphy, Marcus Millea, Kevin Cheasty, Declan Cheasty and top scorer Emmet Power to call on while younger players such as Jack Lyons, Calum Lyons and Ronan Dunphy coming into the side are proving to be a big asset. 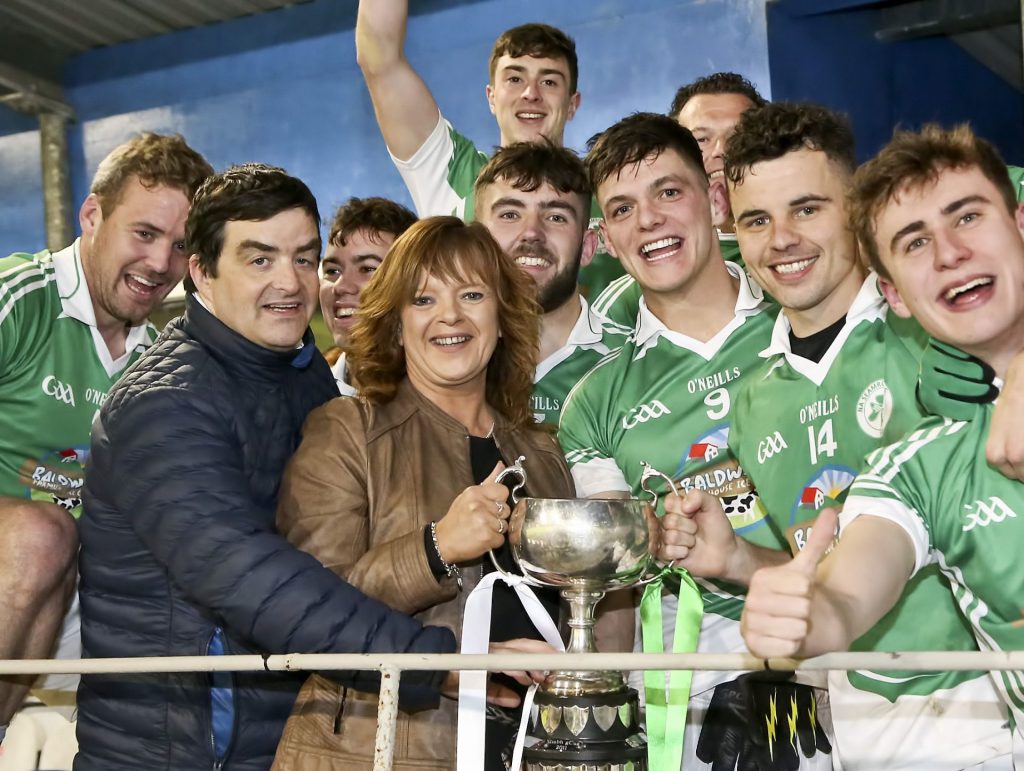 SHAMROCKS GET THE NOD
It remains to be seen just which side will benefit most from their respective campaigns to date. Shamrocks, clearly, will be the battle hardened outfit having had to dig out their wins while Ballyduff will be the fresher side having had a relatively easier passage to this decider. Ballyduff will need to improve on their performance against John Mitchels if they are to take the title but Shamrocks have shown real grit and determination to reach a second successive final and if they are injury free here I feel their greater hunger will see them through.