“FOCUS will help you,” said ‘Declan’, a man who has benefited from the services that Focus Ireland provide at their Grange Cohan base in Waterford city.

“People who f**k up know they’re f**king up. They know that themselves in the back of their mind, whether they’ll ever admit it or not. This is why they’re so wary of help, or any kind of intervention. But when you realise that there are genuine people out there who will help, who’ll put the ointment over the scab and bandage it up, life does get easier.”

In the past two or more decades, the help which organisations such as Focus Ireland and Respond! have provided to dozens of families in Waterford has proven both invaluable and transformative. It’s not hyperbolic to suggest that there are people alive today thanks to the efforts of both bodies. These organisations have been doing the work that successive governments ought to have been advancing and delivering on.

And were it not for them and advocates such as Father Peter McVerry, the extent of our homelessness crisis would be altogether worse.

During a recent visit to the Cork Penny Dinners service, Fr McVerry took issue with the Fine Gael-led Government which maintains its approach to homelessness is working.

“If you were running a business, losing money and you were asked to come up with a strategy to reduce those losses, if after three years the company was not just losing money, but losing more money every month, somebody would say that strategy isn’t working,” he said. “I think we have to apply that to the Government’s strategy to homelessness.”

The most recent figures available state that there are 112 adults in emergency accommodation in Waterford, while on a regional basis, there are currently 266 adults without a home.

Anecdotal evidence suggests that there are few rough sleepers in the city at present, but there is at least one person regularly manning a tent in a sheltered area just off the Roanmore Terrace/Keane’s Road junction.

And while there may be some people who, for a variety of reasons, will refuse any help of any kind, the vast majority of people are open to help and are willing to engage with services. Their Government must do more for them.

There was no concealing the satisfaction of mid-Waterford Councillors when, on October 17, they approved the Part VIII planning process that will set in train the delivery of 16 new houses in Kilmacthomas.

These will be the first fresh Council builds in Kilmacthomas since the 1990s, a fact which in itself underlines the knee cutting exercise Central Government has waged against local authorities since the late 1980s.

Councils ought to be building more homes, and thankfully there are further signs of life in Waterford regarding new local authority builds, given the finished units provided in Dungarvan, Portlaw and Tallow, along with the impressive 2015 Chairman’s Arch development.

But as Councillors have repeatedly stressed in recent years, so much more is needed to reverse a trend which sadly continues to develop in the wrong direction.

Said Fr McVerry: “Once something exists for a number of months it becomes the norm. And we are no longer shocked.”

As he knows better than most, homelessness across the State has metastasised during a period of so-called economic recovery. But in this case there is a known cure. A known remedy, rather than a revolution, is what’s needed here. However, the vision to implement such a remedy at Government level remains painfully and sadly lacking. 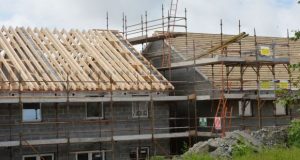