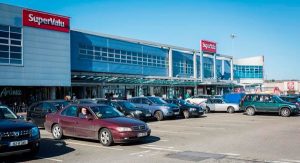 THE winner of the €5.2 million jackpot contacted the National Lottery last Wednesday evening to begin the process of claiming their prize. The National Lottery advised the winner to take some time to get legal and financial advice before claiming their win on site in the Dublin office. It is likely that early next week, the winner will receive their prize money and indicate whether they would like to go public or not with their life-changing win. It remains unknown as yet whether the Quikpick ticketholder is an individual or part of a syndicate.

The winning streak in Waterford continued this week when an online ticket bought from a Waterford resident was one number away from the lotto jackpot of €2.3 million. The lucky winner won €111,000 and was similarly advised by the National Lottery to take some time to get some financial advice before officially claiming their monies. This winning duo over a period of two weeks surely makes Waterford, at the moment, the luckiest county in Ireland to play the Lotto.