An Rinn and Erins Own meet again in county decider 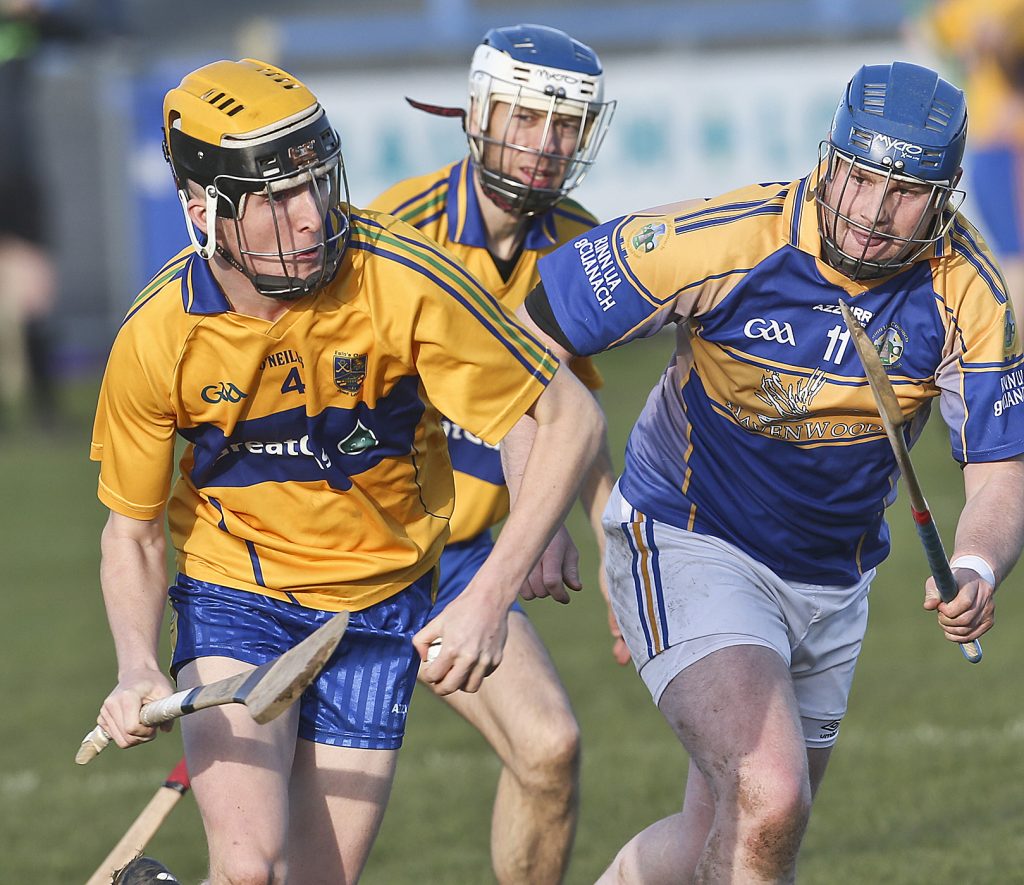 Erins Own’s Dylan Coady with the sliothar against An Rinn’s Ciaran Toibin during their drawn Co. Final. They do it all again on Saturday in Kill. Photo: Sean Byrne.

We are at that stage of the year, going into November, when the weather dictates the fixture list. At the time of writing it is intended that the replay of the Junior B Hurling final between An Rinn and Erins Own will take place in Kill on Saturday afternoon with a 2 p.m. throw in though official confirmation of the venue has to be confirmed.
The drawn tie between these teams was an exciting affair with the lead changing hands on a number of occasions before Erins Own snatched a draw in dramatic fashion with a goal at the death. An Rinn went into the drawn game as firm favourites having taken the Junior C title a year earlier but Erins Own’s fitness proved a big factor in keeping them in the game and they will be approaching this replay in confident mood.
An Rinn fielded without the  O Murchadhas, Noel and Cillian in the drawn game and both will be back in the starting line up on Saturday. The Gaelteacht side will again start favourites on Saturday but this is a determined Erins Own side and they will not be easily beaten.

Eastern Board
Elsewhere last weekend the Eastern Board fixtures fell foul to the weatherand John Sheehan has made big efforts to get the postponed games in the Eddie O’Donnell U-19 championshipps played over the coming weekend.
The U-19 A game between De La Salle and Mount Sion has been re-fixed for Friday night in Carraiganore with an 8 p.m. throw in. Both sides lost their first opening round fixtures to Ballygunner and Roanmore respectively and the winners here will get back into the championship against the team that did not beat them in the opening round.
Elsewhere we have the U-19 B clash between Clan na Gael and St. Marys down for decision in Cleaboy on Sunday morning at 11 a.m. while Ferrybank will face St. Mollerans in the U-19 C in Ferrybank on Sunday with the throw in at 11.30 a.m.