Back to back provincials beckon for Gailltír 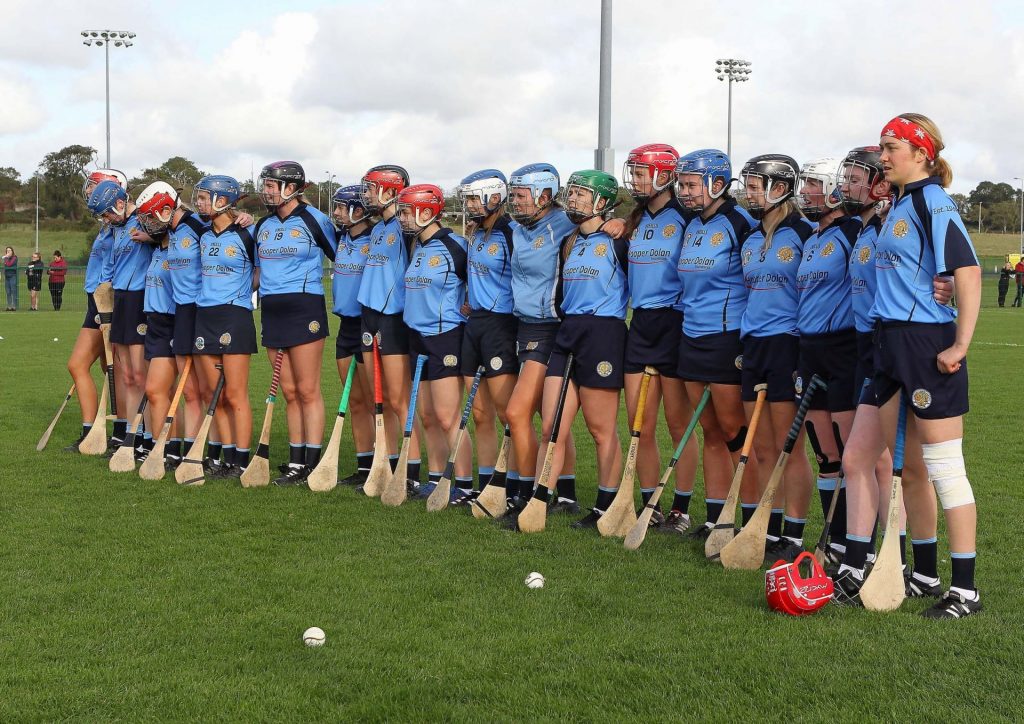 The Gailltir players stand together before their Co. Final win over Cappoquin. On Saturday they face Toomevara in the Munster Final in Cappamore. Photo: Noel Browne.

Gailltír can set up an All-Ireland rematch with Clonduff in the New Year with another Munster intermediate title on Saturday afternoon. A battle hardened blue and navy should take care of business in this clash of the Waterford senior champions and the Tipperary intermediate champions.
Déise clubs have dominated this competition over the past decade. Lismore have won five (2010, 2011, 2013, 2014 and 2017) while Gailltír can bag their third after previous successes in 2016 and 2018. Gailltír lost the All Ireland intermediate final by a point to Clonduff in March but both clubs are still at the same level this season. These gradings are decided by Ard Chomhairle. They wouldn’t look out of place in the premier competition.
Toome were senior champions as recently as 2004 in Tipp but dropped down to the junior ranks by 2015. After losing three finals in a row, they eventually emerged in 2018. In the intermediate decider last month, the Greyhounds chased a six-point deficit and overtook opponents Thurles Sarsfields in the final quarter (0-19 to 2-10). They had no representative on the Tipp senior squad this summer although Shauna Quirke lined out for the intermediates.
Gailltír are operating at a much higher level. They had ten players with the Waterford seniors while their younger stars led St Angela’s Ursuline to a first All Ireland senior A championship. The county final against Cappoquin was a cakewalk once Aoife Fitzgerald found the net before half time. They got a much stiffer test away to Newcestown two weeks ago. It took them until the last quarter to pull clear of the Cork champions as Ann Corcoran goaled and Aoife Fitzgerald got her second in a 3-11 to 2-5 win. That’s thirteen green flags in their last four games.
Captain Aine Lyng played through the pain barrier once more after dislocating her knee against St Annes. Management may decide to start her, take her off and put her back on again as they did in the county final.
The All Ireland runners-up look even stronger than last term with Patricia Jackman solidifying the half back line, alongside Emma Hannon and Clodagh Carroll, and Kate Lynch and Shauna Fitzgerald forming a fiery midfield pairing. The forwards have matured. Annie Fitzgerald, Aoife Fitzgerald and Ann Corcoran combined for 3-8 last time out and that goal threat should move them a step closer to Croker.