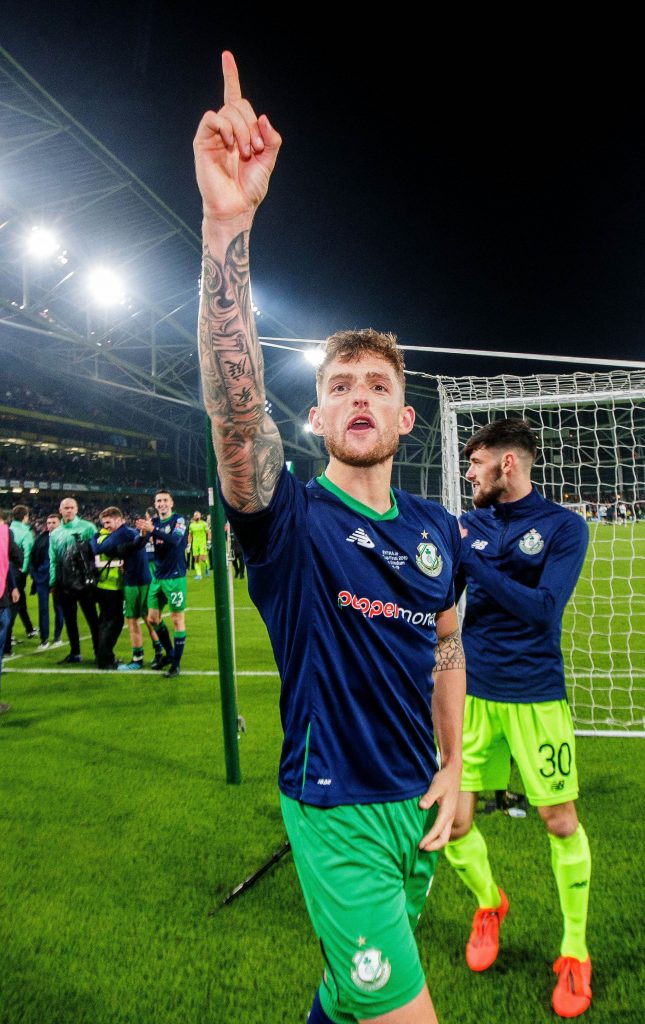 Carrick On Suir’s Lee Grace salutes the Rovers fans after his side won the FAI Cup on Sunday at Lansdowne Road. Photo: Inpho.

The Aviva Stadium once again played host to the two big games in the FAI calendar on Sunday last with the playing of the FAI Women’s Cup Final and the extra.ie FAI Senior Challenge cup finals that went the way of Wexford Youths and Shamrock Rovers respectively.
There’s no doubting that the highlight of the day was the Senior Men’s final that saw Shamrock Rovers end the dream of Dundalk winning a domestic treble with a dramatic penalty shootout win to pick up the trophy for the first time since 1987.
It will be a day that the folk in Carrick United won’t be forgetting in a hurry as one of their prodigy Lee Grace picked up a winner’s medal after starring in the heart of the Shamrock Rovers defence as he picked up his first senior medal.
Grace, who won the O’Neill’s Premier League with Carrick back in 2014 before losing out the following year to Hibernians in that epic final game of the season, joined Wexford FC from Carrick before going onto play with Galway United until his move to Tallaght.
With his father Johnny a stalwart of the Carrick United committee and his brother Dale also part of the Division 1A team, it was a great occasion for all concerned when the 26-year-old received his medal from FAI President Donal Conway after a titanic battle with the league and league cup champions.
After only making the move to League of Ireland five years when moving to Wexford when he spotted by the then manager Shane Keegan, the central defender and former Army man is now the pride of Carrick-on-Suir after this brilliant achievement on FAI Cup final day.
He was also named in the recent PFAI Premier team of the year for his outstanding performances all season and although he has been linked with a possible move across the water, celebrating this cup success, Rovers’ first in 32 years, is certainly his priority for now.
Grace joins in the footsteps of the likes Kenny Browne, Matthew Connor and Paddy Barrett, who all have won the FAI Senior Challenge Cup in recent times with Cork City, St. Patrick’s Athletic and Dundalk FC after starring in the Waterford League. A special day for Carrick and the Grace family at the Aviva Stadium. 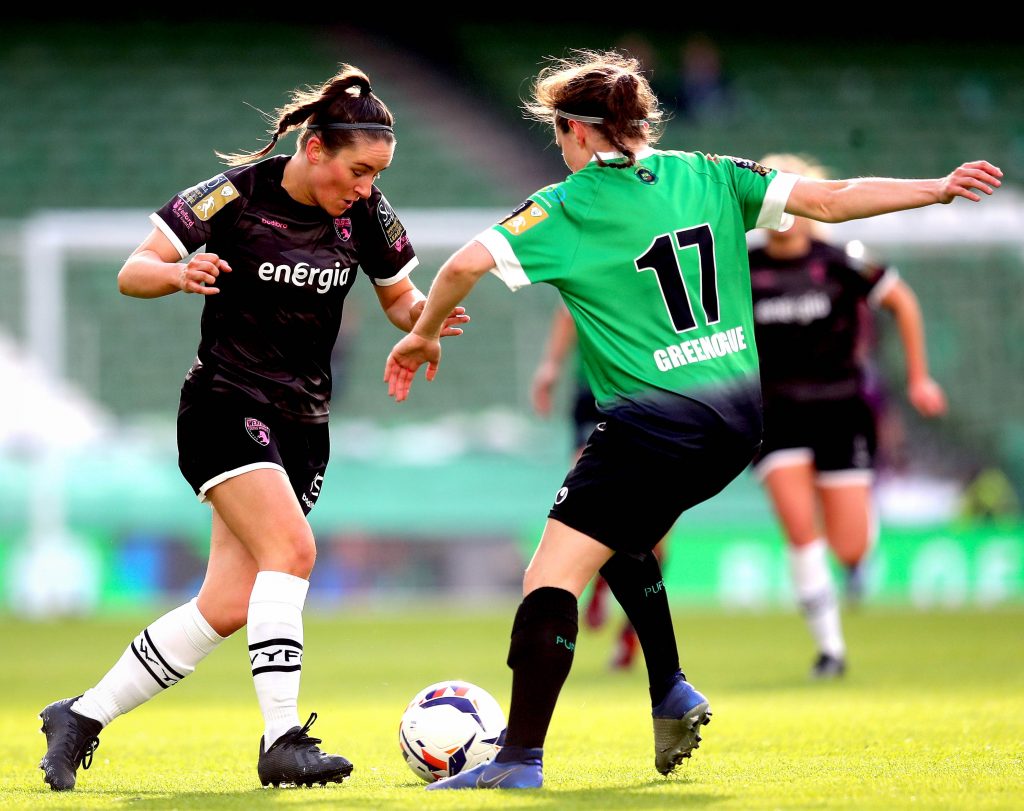 WEXFORD SUCCESS
Waterford was also represented in the FAI Women’s Cup Final as Tramore’s Aishling Frawley was part of the Wexford Youths side that beat Peamount United 3-2 to secure the title after a thrilling battle. Ferrybank’s Maeve Williams was also part of the victorious squad in what was a brilliant win for the South-East club. Well done to all concerned and here’s hoping that it could be Waterford FC to the fore next season.