THE ‘too much, too young’ narrative regarding teenage athletes committing to approved strength and conditioning (S&C) programmes doesn’t stack up once one examines the research-based evidence.

That was the primary observation offered by Joey O’Brien, the WIT Arena’s Lead S&C Coach, while speaking at the  UPMC Sports Medicine Roadshow hosted by the Arena in Carriganore on Wednesday, October 23.

Quoting the research, Mr O’Brien added: “Strength training reduced sports injuries by 66 per cent…and a 10 per cent increase in strength training volume resulted in a reduced (injury) risk of four per cent.”

Mr O’Brien also referred to another randomised control study involving 52 elite soccer players aged 13 or 14 (in which all were tested for maturation status) which was divided into two groups, controlled and strength training.

Joey O’Brien added that weight “loads are individualised to the athlete’s capability and altered appropriately over to the training cycle and for me that loading is probably the most important thing. Every athlete is different – different age groups, different genders – so you can’t train everyone the same. It has to be individualised to their needs.”

Given the misconceptions that parents may have in relation to their teenage children undertaking weights programmes at development or elite squad level, Joey O’Brien said that specification – and qualified coaching know-how – was key.

“It’s all about programming to the individual athlete’s needs, be it an adult rugby player, a senior inter-county GAA hurler or footballer or an under-14 development player squatting with a four kilo kettlebell,” he said.

“You’ve got to programme to their needs, it’s not a one size fits all programme for everybody. And those programmes develop through under 14s, 15s and 16s. In fairness to (GAA) Coaching & Games, they’re doing great work now; the development squads have been for a few weeks now on their winter programmes, they get 12 weeks up in the High Performance Gym (at WIT) and we show them the basics from overhead squatting, testing mobility and flexibility to basic body weight squats, body weight pull-ups and then we progress it from there.” 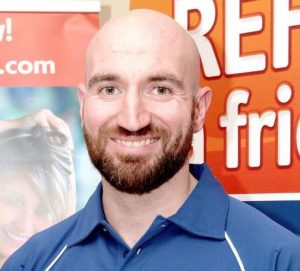 Strength & Conditioning Coach Joey O’Brien, who was among the speakers at the UPMC Sports Medicine Roadshow held at the WIT Arena.