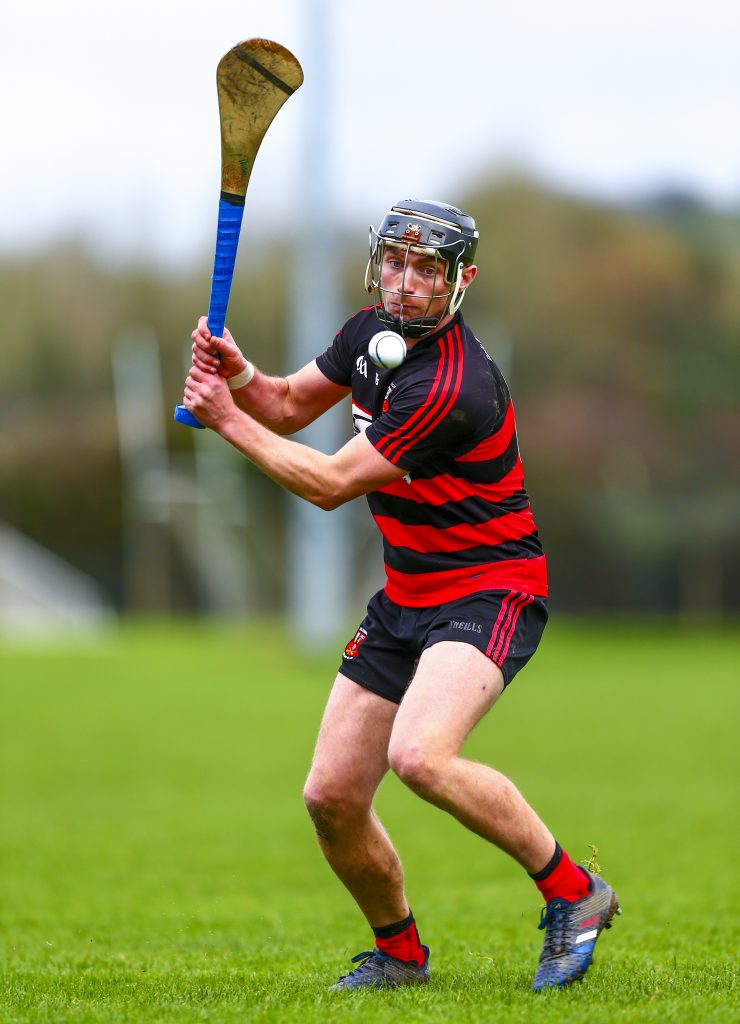 Ballygunner’s Pauric Mahony takes a free for his side on Sunday. Pauric is a doubt for Sunday’s semi-final clash with Patrickswell.

The planning for Patrickswell started straight away for Ballygunner. The team bus left the Bridge within a half hour of the full time whistle.
Gunners boss Darragh O’Sullivan will be sweating on the fitness of Peter Hogan and Pauric Mahony over the next seven days as both came off with hamstring injuries during the second half. Hogan received treatment twice before he was substituted in the 37th minute with heavy strapping on his left leg. “Peter is in trouble for next week obviously. We have a fabulous medical team with us and we’ll do everything we can to see where we can get him. Peter has that problem with his hamstrings and that goes against him. We’ll see what happens; we’ll see if we can patch him up and get him out Sunday.”
O’Sullivan was very satisfied with the contribution of Conor Power off the bench. He netted eight times for the Gunners last season. “Conor Power scored two points when he came on and he was a threat. This time last year, Speedy was getting goals every time he went out. He was a little bit unfortunate that he lost his place at a time when the team got settled. You saw what he did when he came on today.”
Pauric Mahony left the action in the last minute of normal time after shooting ten points. “Again, it’s a hamstring. It’s obviously going to be a challenge as well. Look, I don’t think he pulled it. We’ll do a bit of recovery now. We’ll try to get the best treatment we can for him and see where we can get him.”

FOCUS NOW ON PATRICKSWELL
Limerick champions Patrickswell, a team Ballygunner have never encountered before, is his priority right now. “We were a hundred per cent focussed on this. To be honest with you, you record the matches on TG4 just in case you get down the line and you get to play them. I’ll go home this evening, get out the recorder and see what Patrickswell are about.”
There’s not a lot of training he can pack in over the next seven days. “We might do a bit with some of the lads that didn’t play today. It’s about trying to get the lads fresh now. A week break is hard but that’s where we want to be. We’ll go week on week if we want to get back and win that Munster title. That’s what we’re all about.”