Time Out With Timmy – Music: the flame that never dies

Music is a great passion of mine and yet sometimes even I take it for granted. Music is special and sometimes we just need to be reminded of that. I know at times it can seem like the music world is a fairly trivial one when it comes down to it.

What real purpose does it serve? Even amongst music fans their personal tastes can make them entrenched and oblivious to the benefit and value of other music genres.

The classical fan is often bemused by metal or the R&B devotee may not understand someone’s interest in Irish country.

Regardless of your preference or leaning, music plays a huge part in our lives. Of course you might expect such a statement from someone who has been a radio DJ since 1981.

Lately though I have had a few experiences that confirmed again just how vital a part of life music is.  A few weeks ago I received a text message from a listener during my Sunday morning radio show on WLR. They thanked me for the songs I play every week and went on to say that they had been through a very hard time battling cancer and that the music had been a huge help to them in that very dark place.

I was quite humbled by the text and yet the help alluded to didn’t really surprise me. I have always felt that certain songs or pieces of music go way beyond just a mental response, they can penetrate deep down into the soul, or the heart if you prefer.

Earlier this year another buddy and music fan, Roddie Cleere, sadly had to bury his wife. Roddie has had to come to terms with life without his beloved Margaret, tragically taken very prematurely by cancer.

We go back a long way and anyone who knows Roddie knows music is a massive part of who he is.  Through so many of those years, Margaret was with him, and his tattoo, only recently added, says it all “My Rock”.

I cannot imagine what a devastating blow this has been, and I don’t think unless you have personally experienced similar grief that you could have any idea what it must be like for someone in moments like these.

When you lose an elderly parent, it’s sad of course, but that’s the cycle of life and what we have come to expect. When you are parted from your life partner it is an entirely different type of grief.

Roddie is blessed to have two great sons who have also lost their mother, a close family and a circle of friends that straddle two or three different worlds. He also has music and already through that medium he has reached out to raise money for the Solas Centre.

To me it’s one of the most precious things I have ever had and the good thing is, it cannot be taken away by anyone or anything.

In a documentary about his career, the multi-talented Mike Oldfield spoke about his battles with depression and how his Dublin-born Mother had also been troubled by demons.

I was struck by one comment in particular where Mike compared music to being something like getting a warm hug from a furry animal! Many who will know exactly what he means.

To say that a favourite song or memory merely cheers you up momentarily would be so far short of the truth in my opinion. Certainly for me, it goes way closer to the bone.

Be it a song that soothes when you’re tired, a tune that inspires when you need to spring into some kind of action or maybe you use music in those darker moments.

Often music can be the trigger to explore and release and then it brings a sense of hope that everything is going to be alright.

John Miles said it so well in his hit song ‘Music’. “To live without my music would be impossible to do, coz in this world of troubles, My music pulls me through.”

Of course music and lyrics combined are a very powerful force but even taking away the poetry, the notes themselves can often speak to you. Nowhere is this more obvious than in film scores.  Without words we can be taken on an emotional rollercoaster.

I am always fascinated at the fact that there are really only seven notes in the world!  I know there are flats and sharps in between and octaves, but look at what can be achieved with this little range. It’s truly phenomenal.

Cleverer people than me have even proven scientifically that music has the power to affect us is many ways. Music is very special and, I believe, magical.

Whether you like to listen to someone sing or prefer an instrumental or perhaps you like to pick up an instrument and play a simple tune or maybe beat out some complex Beethoven on the piano; you’ll know the restorative power that I speak of.

I don’t want to beat a well-worn drum, but I hope we are all passing on to the next generation how important it is to actually buy music and support artists.  This download generation often expect it for free. Nothing is for free.

I’m only too aware how expensive gigs have become but sometimes it’s not just about the massive concerts or big national events. How about you pop out to see some local musicians play? Support the folk duo playing in the local pub or the busker on the street. Go to the cinema and pay to see the movie rather than illegally stream it.

We need to pay our artists to keep the whole thing going, but I’ll leave that for another day. For now I really just wanted to stop a second and say, here’s to all sorts of music, to songs and the songwriters and the music makers, may they keep on bringing us joy, happiness and hope. 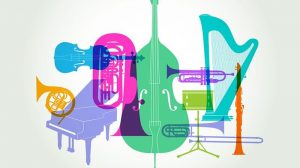 TIME OUT WITH TIMMY: Whatever became of yer man?