‘Deadly’ approach roads to Waterford must be improved

SAFETY improvements on both the N25 and N24 approaches to Waterford city were again called for by South Kilkenny Councillors during their Municipal District meeting on Wednesday last.

While a new design to link the Waterford Bypass with the New Ross Bypass is currently being examined by Kilkenny County Council, Slieverue-based Councillor Ger Frisby said interim safety measures on the existing N25 must now be considered.

“Going out of Waterford, someone is going to be killed,” Cllr Frisby stated at the meeting, which was held at the Port of Waterford in Belview.

“All the right hand turns off the N25 going from Waterford to New Ross are deadly. There’s no room to turn off safely.

“A woman rang me last Friday morning (November 1) about an incident the previous night; she thought herself and the three kids in the car were going to be killed. She’s just living over the railway crossing as you head down to Ringville (eight miles from Waterford) and she asked me what can be done.”

Cllr Frisby continued: “She said there hadn’t been a crash but her wing mirror was gone. I told her to report it to the Gardaí. This and similar incidents have to be on the system, we’re being told, and that this would probably be described as a near miss, I said to her. ‘A near miss?’ she said. ‘Do you want a near death?’

“This is happening two to three times a week on this road. People taking their lives in their own hands, turning off right into the Rhu Glen, down to Curraghmore, down to Aylwardstown, Rathinure, all of them… There needs to be a passing lane there because if that’s not done, there’s going to be a fatality.”

Long-standing concerns about the Rathkiernan (Mooncoin) junction on the N24 approach to Waterford have been repeatedly voiced by Cllr Pat Dunphy (FG). “There’s a major accident going to happen there. We seem to be powerless dealing with bigger national bodies like the TII (Transport Infrastructure Ireland),” he said.

Councillors are to submit a letter detailing their concerns regarding the N24 and N25 to Tramore House Regional Design Office, a shared service provider for South East local authorities in the delivery of major and minor road infrastructure. Cllr Aylward and Council Executive members were due to meet with TII representatives in Kilkenny yesterday (Monday).

Speaking at last Wednesday’s meeting, Mr Cullen said: “As far as I’m aware and from what I’ve been told, they are working towards an opening in 2019. That’s still their intention anyway.” 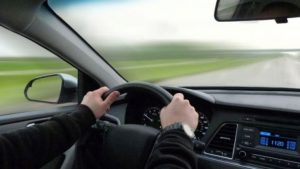