TIME OUT WITH TIMMY: My Tube 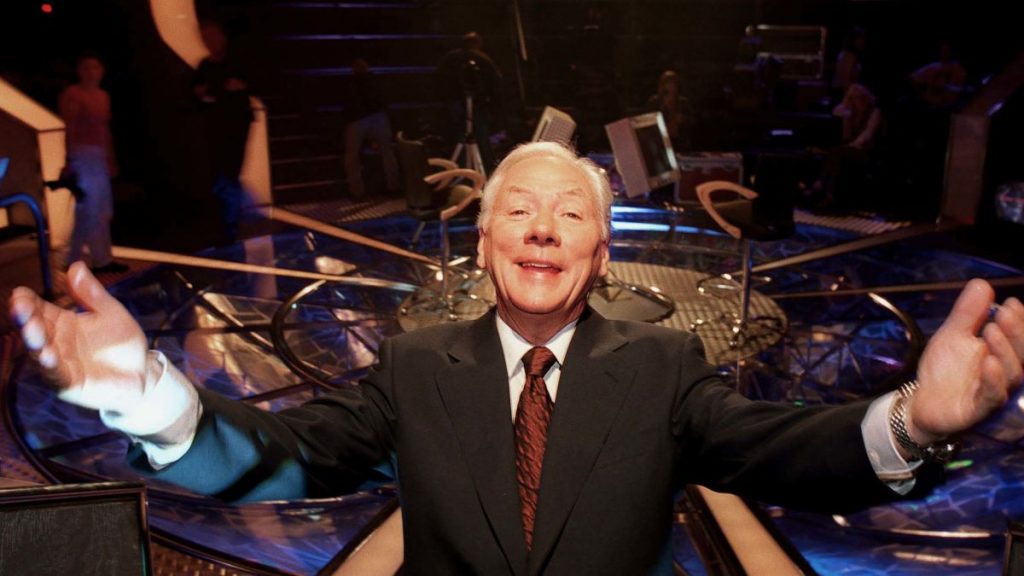 IT’S hard to imagine a world without the Internet. Regardless of your age, technology plays a part in all our lives. It might be the simplicity of turning on our heating remotely or home or personal alarm monitoring to all the personal communication activity that’s going on 24/7 around the world.  I always knew it was cool but only recently I hooked up the Internet to my TV and it has been a revelation. I know I’m probably the last person in the world to do this but better late than never.

Heretofore, I had been watching You Tube on my phone or computer screen. In the main I used You Tube solely for music videos. Transferring to the big screen presented other avenues. I’m enjoying the newfound freedom of viewing stuff in this manner so much that I started checking out all kinds of stuff I never would have bothered with on the smart phone or PC.

The fun began with seeing if I could locate certain classic films I hadn’t seen in an age and even whether they had been uploaded by some wonderful soul to YouTube in the first place. Just for the sake of it, I started with some vintage horror flicks, the old, creepy, atmospheric type ones as opposed to the slasher, bloodbath genre which I utterly detest.

‘With the departure of the great Gay Byrne, I’m thinking it’s time to revisit some archives to see the man in full flight again and hopefully, there’s plenty out there to savour’

Vincent Price is a great favourite. To me he epitomises the essence of the kind of chilling, psychological thriller I used to love watching. He used to play the role of tortured soul come tormented and demented victim superbly, and that rich voice which made him a legend was of course later used to ample effect on Michael Jackson’s classic Thriller pop hit. Lo and behold after a bit of typing and searching, I located some and all were revisited from the comfort of my sofa. That not all his famous movies were available served to make the ones that were that bit more enjoyable.  I enjoyed “Diary of A Madman”, “The Haunted Palace”, “The Last Man on Earth” and the delightfully whacky “The Abominable Dr. Phibes”. Great fun with a touch of the macarbre and I could pause and return to them anytime my little old heart desired if I didn’t have time to consume one particular title in the one sitting. Marvellous entertainment and so simple.

I then cast my net further afield and wracked my brains to think of films, TV series, sports documentaries and even sitcoms that I had either never seen or hadn’t come across in yonks. Here to my vast joy, I discovered a treasure trove of things I really wanted to get stuck in to watching. Some I searched for were not available unless you were prepared to pay a subscription fee of some sort, but there’s plenty more free stuff to explore first.  What I located was almost always a bonus as far as I was concerned.

I really enjoyed re-living a couple of old soccer World Cups. One video was exclusively showing every goal scored in the tournament of 1974 held in Germany. I had seen a big chunk of those games as a kid but not every match and certainly not all the goals, so to get to see it now in 2019 was bliss. No matter that the quality wasn’t the absolute apex, it was fantastic to go back and soak up the action.

There was a time when people of my vintage will recall how popular a phenomenon the mini-series was on television. Here too I shone a light on the Youtube inner sanctum to try and extricate some old nuggets from another era.

A casual search though revealed that some of the ones I remembered were unfortunately not there. One I was delighted to find, I subsequently discovered it had been dubbed in Spanish rendering it useless. I did, however, locate an Australian drama series called “Return to Eden”, a tale of a lovely but plain heiress left to die by her scheming newlywed tennis pro hubby who hoped to inherit her fortune. After pushing her overboard from a small boat, he assumes the crocs would do the rest. Thereafter the story gets very interesting and in case you want to see it for yourself, I won’t give the game away but suffice to say, it’s a ripping yarn. Well worth digging up.

It seemed that every day though I was stumbling across new material and I was amazed how many great music documentaries I found that I hadn’t seen before. Just goes to show, you are always learning. If you have never taken the time to investigate what’s out there, I think you will be pleasantly surprised.

The range of rock concerts and live performances online is staggering and the minute you are watching one clip, to the right there’s a list of choices of similar stuff for you to look at next. The list is endless, game shows, old comedy shows I’d almost forgotten about, and some plain, no nonsense motivational stuff was on there too. I was always partial to hearing Tony Robbins speaking on the mind and related matters and people worldwide pay a lot of money to attend his seminars and events. Thankfully, a sizeable amount of Tony’s brilliance is only a few clicks away and he’s all over YouTube like white on rice. He’s not alone. There are countless videos on health, finances, self-improvement and inspirational figures, all there waiting to impart their wisdom to you to help you change your life.

It’s an amazing tool. It’s not that I wasn’t aware of YouTube, it’s just that I never seriously dived in deeply enough. The results have been so worth my little bit of time to explore this marvel of modern life. I’m far from done with the excavation mind you and when I feel suitably inspired, I’m hoping to have a right go at the cooking slots where you could supposedly whip up something fabulous from just following a recipe in front of your eyes. You can pause it, go back, all at your own pace. How tremendously freeing is that?

With the departure of the great Gay Byrne, I’m thinking it’s time to revisit some archives to see the man in full flight again and hopefully, there’s plenty out there to savour. I’m pretty sure there’s loads more Vincent Price gems waiting for me as well. It’s the gift that keeps on giving and I’m loving it.

The Lotto numbers are in…