Minister: no decision on train station funding made yet

NO decision on funding the transfer of Plunkett Railway Station onto the North Quays was made by Local Government Minister Eoghan Murphy during a meeting with Waterford Oireachtas members this morning, according to an official from his Department.

In a statement issued to the Waterford News & Star this evening, a spokesperson for Minister Murphy stated: “This was a meeting with the local representatives from Waterford to discuss issues facing the city. No decisions were made at the meeting. It was simply a discussion.”

This followed claims made earlier today that Minister Murphy had ‘committed’ to his Department’s funding the transfer of the Railway Station onto the North Quays during a meeting with three Waterford TDs.

Speaking to this newspaper shortly after midday, Deputy Cullinane stated: “The Minister told us that he is funding the entire allocation, with a few exceptions around certain transport elements which they’re still in discussion with the Department of Transport about in terms of signalling around the track, along with a few other items. The moving of the train station will be included in the Urban Regeneration and Development Fund (URDF) which has been signed off on, and that is very significant.”

While it’s believed that Minister Murphy wasn’t pleased with the manner in which the issue was communicated earlier, Deputy Cullinane said what was relayed to him this morning “unlocks the potential of the North Quays. One of the big stumbling blocks that we had was getting all elements of the ask from the State lined up – the moving of the train station, the pedestrian bridge and the access roads – and it seems now, subject to some discussion between the Departments of Transport and Local Government, that the ducks are almost lined up. Such State funding would of course be huge for the development of the city and the North Quays, we all know how massive it would be for Waterford when it happens. The process has been moved on very considerably.”

According to Minister Halligan: “Negotiations are taking place at present with the Department of Transport and Paschal Donohue’s department but it has now been confirmed that the money will be made available to move the train station, which is a big, big plus and a big move for the further development of the North Quays.”

Speaking earlier, City & County Mayor John Pratt (Lab) welcomed this morning’s development, stating: “It’s a brilliant announcement and something that we’ve all been waiting for. Without this announcement, it would have been very difficult to know where the North Quays were heading. It’s a game changer for Waterford, as is the Michael Street development which will coincide with the North Quays project, and the train station transfer is an essential element in all of this as part of the Sustainable Transport Hub so that greater connectivity can be established with Dublin and indeed Galway.

“This is a great step and, with a view to the private developer submitting their planning application in the next few weeks, it’s a welcome development. We need this to happen and it’s one of the big ticket issues in Waterford.”

Fianna Fáil Councillor Adam Wyse described the train station transfer as “a difficult one that had to be overcome… and we knew the (private) developers weren’t going to be happy unless the Transport Hub was delivered so it’s obviously good news that this commitment has been made”.

He added: “In terms of the train station, and this is only my opinion, I feel the developers wanted confirmation from Government prior to their planning going in, which wouldn’t always be the way that such things work but when you’re talking about a €300 million-plus development and the amount of risk that is involved in something like this, they probably wanted to know that the Government would show its own hand before they laid all their own cards on the table.”

From a local Fine Gael perspective, it’s understood that this morning’s meeting re-affirmed commitments that have been previously and publicly made by the Government in relation to the North Quays SDZ project. That contention appears to have been underlined by this evening’s statement.

Speaking at this evening’s Plenary Council meeting, City & County Council Chief Executive Michael Walsh said he had received “no formal communication” in relation to the Railway Station funding, “nor would I expect it for a few weeks”. However, he added: “There is some very positive movement in the right direction, that’s how I’d put it.” 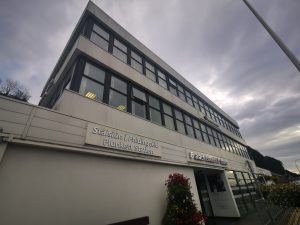 On the move? Plunkett Station’s transfer to the North Quay remains a work in progress.